What You Least Expected: Rewriting the Parenting Book 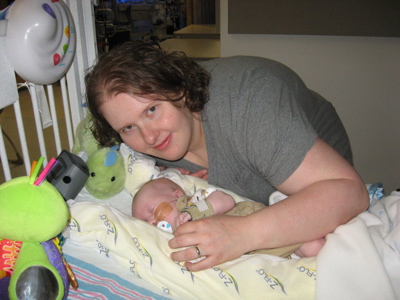 We expected a child with a clubbed foot. A clubbed foot my husband and I could handle; worse things could happen. Then the worst happened. There are no words to describe the utter devastation we felt when the pediatrician came in to our hospital room and told us that our child had a genetic disorder and had to be rushed to Cincinnati Children’s Hospital. What we had expected turned into what we had least expected. No parenting book can tell you how to survive your whole world being shattered because the child you had expected isn’t what you got.

The parenting books tell you to expect to come home anywhere from one to three days after your child is born. Spencer came home 83 days after he was born with a feeding tube and oxygen. Every day we went to the hospital to see him, and every day another item was added to the list of things “wrong” with him. Even some of the best geneticists in the country could not figure out what was going on with Spencer. Every genetic test result came back clean, yet doctors still insisted that he had some type of disorder. 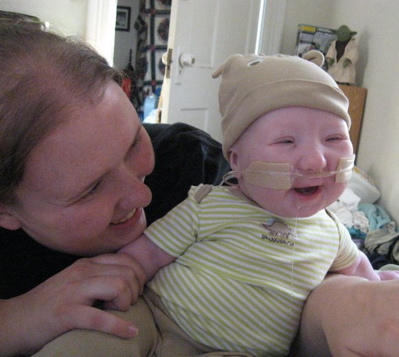 My husband and I struggled with the idea of having a child who could possibly be learning disabled. Since we had no genetic diagnosis, we had no idea what Spencer’s future held. We knew we could handle any physical disabilities thrown at us. The most devastating news to us would be that Spence would have severe mental disabilities.

After an MRI of his head, we asked a doctor if there was any way to tell if he was mentally disabled. After telling us there was no way to tell, she gave us the best advice we have ever received and the words that we live by. I asked her, “What do we do?” She replied, “You treat him like you would any other kid. And you love him.”

Our Own Parenting Book

And with those words of advice, we have written our own parenting book. We have always celebrated all the cool stuff Spencer can do, not what he can’t. We have never told him he cannot do something, and we never will. We treat him like we would any other kid, although sometimes with minor adaptations. We don’t let other people treat our kid differently because of his disabilities. We have learned to not mourn for the child we expected, but celebrate the precious gift we have been given instead. 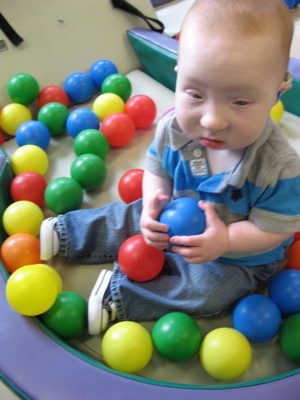 We know now that Spencer probably has Say/Barber/Biesecker/Young-Simpson Ohdo Syndrome. It’s a very rare genetic disorder without a recognized gene mutation, so diagnosis is difficult. There are an estimated 30 cases officially diagnosed worldwide. It fits, but it also means that Ohdo Syndrome will also haunt him for the rest of his life. At times the idea of potentially having a child with a severe mental disability terrifies me, but then I look at Spencer and realize either way he will be just fine. 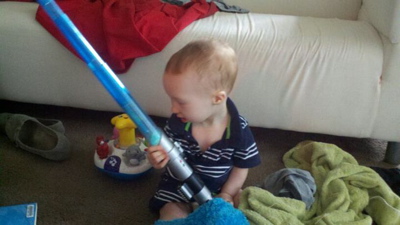 The most important parenting advice I give to other parents is you don’t give up hope. No parenting book will tell you that sometimes it is only hope that keeps you going on those bad days.

Why have that child described in that parenting book when you can have so much more?

Rachel Nichols is a stay at home mom to Spencer, age 18 months. She recently graduated from Northern Kentucky University with a degree in English Education and plans on starting her MA in Special Education next fall. In the meantime, she enjoys playing with her amazing kid all day, reading, and spending far too much time on the internet. While Spencer enjoys spending time with his awesome parents, he’d rather chew on books and work on his Jedi training. The family resides in Ashland, Kentucky.