Raising Awareness: The Example of Breath of Hope 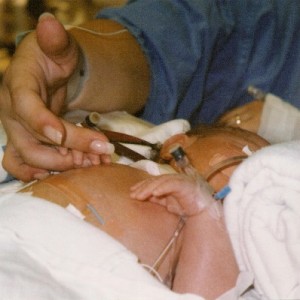 I am a parent of two children with special needs. However, my advocacy has been through Breath of Hope, an awareness organization I helped found in honor of my child, Cecilia, who fought valiantly for 38 days and chose wings over feet.

As a parent, I have had to advocate for my children. My daughter, Cecilia, was born in 1999 and died after a 38 day fight for her life with congenital diaphragmatic hernia. I also have a son, Noah, who has been diagnosed with Asperger Syndrome. Fortunately, there are many resources and organizations for Autism Spectrum awareness. Through my work experience, I have been a plan administrator for health plans and understand probably more so than the average person how to move through the systems. I have given families information that has helped them advocate for their children and work the system to obtain the best possible care for their children. Eventually, I helped to form Breath of Hope, an advocacy and awareness organization for congenital diaphragmatic hernia.

Most parents who are told their unborn or newly born child has congenital diaphragmatic hernia (CDH)—the condition my daughter Cecilia had—have never heard of this birth defect. We were told it was rare, though in reviewing statistics out there, it occurs just as often as spina bifida, cystic fibrosis and congenital muscular dystrophy. When parents and others begin to ask around at work and in their communities, it is astounding how many people come forward who have also been affected by CDH. We wondered for a long time how to expand the knowledge and awareness for congenital diaphragmatic hernia. The sections below outline how we raised awareness, through creating an awareness day, funding research, and advocating for families. 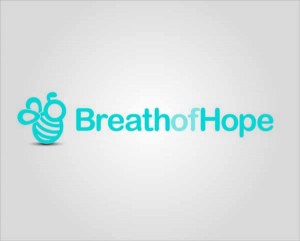 One of our major goals with Breath of Hope was to find a way to distinguish our organization to take up the cause of awareness for CDH. Until then, there had been no campaigns and no real way to make others outside the CDH community aware of this condition. We came up with Congenital Diaphragmatic Hernia Awareness Day and chose March 31 to be the date, believing that is when the IRS would “give birth” to Breath of Hope as a public charity. We also wanted that date not to be a birthday or angel day of any of our members, and at that time, it was not. Creating and publicizing an awareness day is a huge step in raising public awareness of unknown or rare conditions.

A major goal was getting recognition of CDH awareness on a state-by-state level. In 2007, members of our Board of Directors wrote their respective Governors in their states requesting March 31, 2008 to be CDH Awareness Day. We also launched the awareness day by providing information and templates for others to send to their local or state governments. In 2008, 32 of the 50 states issued proclamations in support of Congenital Diaphragmatic Hernia Awareness Day. Countless newspaper articles focused on local families affected were published, and each year it grows a little further. Each year we take a step forward in becoming more and more aware.

After creating awareness in each state, we moved on to creating awareness at the federal level. In 2009, I sat down and wrote a resolution to be presented to a Congressperson to introduce to Congress. After some minor edits, it was sent on to another CDH parent whose mother-in-law had ties to Senator Vitter, who ultimately introduced it to the Senate. In April 2010, it passed the US Senate. Our goal is to have it pass Congress and to be signed by the President to become a Perpetual Day of Awareness for Congenital Diaphragmatic Hernia.

Advocating for and Funding Research

Another way to promote advocacy and awareness is to fund research on the condition you are addressing. Breath of Hope, for example, has donated directly to medical research to benefit CDH. In 2009, there was a press conference at Saint Louis Children’s Hospital to announce that over $13,000 was raised to aid the research there led by Dr. Brad Warner. 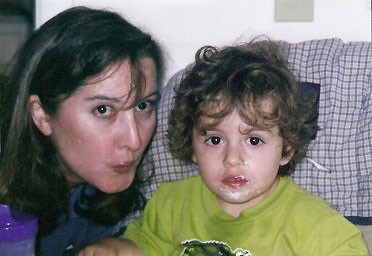 Another goal of Breath of Hope is helping newly diagnosed families. Usually families contact us just after diagnoses when they are lost in a system of health care specialties they never knew existed. Preparing to have a child in the NICU and facing his or her possible death is overwhelming. Breath of Hope provides printed information that was gathered and created by parents, reviewed by medical professionals and edited appropriately. It is vital to have accurate information in their hands as guidance, since too often people search the Internet on health conditions and information is not always accurate. We warn families of this and advise they listen to their doctors. We also tell them how to navigate through medical centers and doctors so they know how to communicate and be in control of the care their children receive.

We also provide a window into the future, if their child survives, on what can be expected, while also warning them that their child is an individual with unique issues. It is much easier to raise a child with CDH—or any condition—if you know of all the possible issues that may come up.

Our goal is that one day no one contacts our organization stating, “I never heard of this condition.” At least if you are aware of CDH, you can then begin to figure out from there what you can do and where you should go. We hope that families will not feel as lost and alone as we all did at the time of diagnosis.

We also hope that through research and advocacy of our families and organization that one day the survival rates overall will expand beyond 50%. We want all families not only to have their miracle children, but also to be able to give these children therapies that may lessen their issues over time. We know this is a possibility, but more awareness and research is needed.