There are more than 6000 rare diseases in the world, and approximately 1 in 2000 people have been diagnosed with one. Every person and family affected by rare disease is different in its own way, but we all share the same problem: we are “rare,” and often even the medical community doesn’t know what to make of our diagnosis. 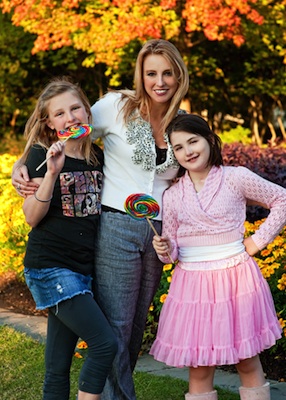 My 11-year-old daughter, Mighty Z, is diagnosed with a rare disease that affects only 800 children worldwide. Her disease does not discriminate on the basis of race or gender, and it is known by two different names: Ondine’s Curse (its first and oldest name) and Congenital Central Hypoventilation Syndrome or CCHS (its modern name). CCHS is a central nervous system disorder in which the autonomic (involuntary) control of breathing is low. For Mighty Z and other CCHS patients, this means that the respiratory response to oxygen and carbon dioxide is sluggish at best during the day, and it is absent at night, when sick, or when stressed.

There is often—but not always—a gene mutation component to CCHS, in the PHOX2B gene. According to the National Institute of Health, this gene

provides instructions for making a protein that acts early in development to help promote the formation of nerve cells (neurons) and regulate the process by which the neurons mature to carry out specific functions (differentiation). The protein is active in the neural crest, which is a group of cells in the early embryo that give rise to many tissues and organs. Neural crest cells migrate to form parts of the autonomic nervous system, many tissues in the face and skull, and other tissue and cell types.¹

The PHOX2B mutation associated with CCHS adds extra alanines to the polyalanine tracts in the PHOX2B protein, which is called a polyalanine repeat expansion. If someone has the PHOX2B mutation his or her CCHS diagnosis is clear. Unfortunately, absence of the mutation does not necessarily rule out CCHS. If a patient’s symptoms look like and act like CCHS, the diagnosis can be made even though the PHOX2B gene tests normal.

Because of CCHS, life is in many ways altered for Mighty Z. As a baby she was trached and ventilated 24 hours a day until I could teach (sprint) her to breathe off the ventilator. Sprinting is a very tedious process, and sometimes it was literally two steps forward, and then three steps back. There were times when I felt like throwing in the towel and giving up, but then I would look at my beautiful little girl and just know that I could never give up. Mighty Z is a fighter, and I had to be one as well. After many long battles, we finally won the war. In our case, winning the war meant that when she was 2 years old, we were able to get Mighty Z to where she was ventilator-dependent only 12 hours a day.

As you might well expect, Mighty Z’s milestones were delayed. On top of teaching her to breathe via the sprint method, I also had to teach her to hold her bottle, roll over, feed herself, crawl, walk, and talk. Each small success was huge in my eyes, and it was hard to make others understand why I was so excited that Mighty Z was finally able to do what their children did naturally.

I feel that as parents of children who are medically complex we all understand the joyous feeling of these small accomplishments. As I have walked down this road as the mother of a child with special needs, I have found that until you know the deepest pain, you can never really know the deepest joy.

At 11 years old, Mighty Z is still dependent on her machines 12 hours a day. She feels that she is normal and even typical, and she does not see herself as being different than any other child. Mighty Z knows that she has a disease, and at night I have to “plug” her in; but as she sees it, everybody has issues, and CCHS is just her issue. I often marvel how she can just accept this disease and move on, when at times I need to pull myself off the floor.

Every couple of months, we grace the doors of specialist after specialist, as doctor office visits are just part and parcel of taking care of Mighty Z. She has gone to school with IVs and heart monitors, and she has missed birthday parties she wanted to attend because she needed a scan, test, treatment, or some other such medical procedure. Through it all, Mighty Z is a testament to fortitude and grace as she undergoes these pokes and prods, and she is always the one with a smile on her face and a ready hug for those who are in need.

Mighty Z goes to a regular mainstream private school, and she thrives there. She has many friends, and she is always sought after at lunch and at recess to play. She plays the piano beautifully, and she sings in the school choir. In short, Mighty Z lives a very full and rich life. Though I suspect we have to more frequently rush her to the ER and that we spend more of our vacation time in the PICU than do most families, this is our “normal,” and to us it isn’t such a big deal.

Many dinner parties have been cut short simply because Mighty Z was falling asleep, and for us, that means that particular party is over. Early nights because of CCHS notwithstanding, there isn’t an ounce of quit in Mighty Z. As long as that is the case, there won’t be an ounce of quit in us, either.

Shelley Colquitt is the mommy of two beautiful girls, Lauren and Zoe. She volunteers at a shelter for abused/neglected children and she also volunteers as a teacher’s aid for children who are globally delayed.
Her youngest daughter was born at 40 weeks. As she was celebrating the success of the labor and delivery, her baby stopped breathing. Later, her daughter was diagnosed as having a rare disease that only 163 babies in the world had at the time (11 years ago). She had to learn to take care of a baby who had a trach and was on life support machines 24 hours a day. She writes about the ups and downs of dealing with a child who is complex, chronically and critically ill.