Many, many years ago when I was in college working on my Master’s in Special Education, I didn’t know what I didn’t know. That is why I am writing this article. I have been on all three sides of the Special Education Meeting (known as an ARD or Admission Review and Dismissal in some states) because of my changing roles in life. 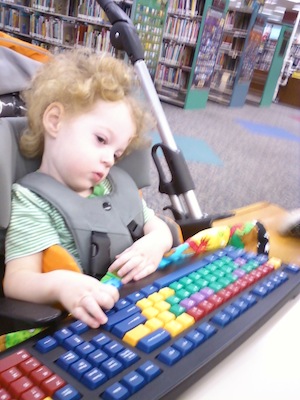 Even though I had my degree in Special Education, I spent many years as a regular education teacher, and my classes would include students with special needs. When I attended their meetings as a regular education teacher, I found that the proposed modifications of my curriculum they needed were a bit frightening. I knew my material and how to teach it, but when I was assigned students who needed less choices on tests, colored overlays, oral presentation of written material, oral testing of materials, less requirements for projects/assignments, or any of the endless modifications, I must admit I had some reluctance to change what had always worked before in my classroom.

Legally, I was held responsible for ALL students in my care, so I worked very hard to make sure that the required modifications were established. While modifying the material, it made me slow down and examine what and how I taught. I no longer moved on as quickly as I had, and because of that ALL of my students benefited. I feel that I was a good teacher before I started modifications, but after I examined my material more closely, I feel that I became an even better teacher.

Further along in my career, I became a teacher who monitored students with special needs in regular classrooms. When I sat next to them and learned along with them, I learned their strengths and weaknesses. Attending the meeting as a tracking teacher put the responsibility on my shoulders to come up with instructions to help guide classroom teachers deliver their material. Keeping the students in mind, I would develop the goals and modifications for the curriculum and present them in the special education meeting. Teachers sometimes would balk at the IEP (Individual Educational Plan) until they realized that the students would be held responsible for whatever was appropriate for their ability/needs. I have found that teachers can be a bit possessive of their curriculum, and as special education personnel or parents, it behooves us to assure them that what is learned will be to the maximum of the students’ abilities. Special Education parents and teachers don’t want an easy way to learn, only a fair way of learning based on ability.

On the Other Side of the Table

Fast forward a few years to when my precious grandson was diagnosed with Leukodystrophy, a degenerative condition that affects the white matter in the brain. Even though he had met his milestones as an infant and young toddler, they began to ebb away. He no longer had expressive language, and eating orally had become a choking hazard. Walking had been replaced by constant pain and spasticity, and even holding his head up required intense concentration. His long life expectancy had been changed to early childhood death.

The only skill that hadn’t changed was his ability to love with a smile and be loved by everyone who came within his sphere. The first year after diagnosis became a year of adjustment for all of us. Our focus turned into one of “today” and not “what will happen.”

We—I am part of the “Stephen Team”—supported his therapy sessions with Early Childhood Intervention, and they helped us prepare him for his school years. My daughter had never been to a special education meeting and so I was a bit apprehensive when we arrived for the meeting. When we walked in, there were fifteen people seated and all eyes turned to scope out who we were. My point of view quickly shifted from teacher to grandmother, and I held on to our precious little boy even tighter. Introductions of names and official positions were made, which was a bit disconcerting because it showed how much support he required.

As the meeting began, my daughter briefly explained what Leukodystrophy meant to our little guy’s life. I could tell who hadn’t been prepared to hear what faced our family on a daily basis by the shock that registered on their faces. Understanding and appreciating the needs and skills of Stephen is sometimes difficult for others. When a person looks at Stephen, they see a little boy who is non-verbal, tube-fed, and non-mobile with questionable cognitive skills. On the other hand, we focus on what he can do and the adaptations necessary to tap into the potential that is trapped inside his little body.

As the support staff read the goals, we found it necessary to make sure that Stephen possessed the abilities the goals required. For example, the speech specialist kept saying that Stephen would use a vocal command which is impossible for him. Making sure this was corrected was imperative, as setting unrealistic goals is tantamount to helping a child fail. When the IEP (Individual Educational Plan) is being read, a person must listen closely, because a child should be challenged but not set up for failure. If you aren’t clear what the IEP’s goals mean, ask for clarification right then, so you can assist outside of the school setting with reinforcing the skills.

Placement for Stephen was very complicated, because his age would qualify him for a preschool class of three to five year olds with educational delays. Unfortunately, his neighborhood school would have placed him in a classroom with thirty students and three adults. Safety issues came into play at this point, since he cannot protect himself from anything that might happen with twenty-nine active little bodies. Discussing all the options for Stephen, it was decided that he would be in a mixed-aged, mixed-ability class as his base and go to the preschool class as much as he could tolerate. This decision was unique for this district, because the move is to mainstream students. Least restrictive environment is the law of the land and should always be considered, but sometimes this means the safest, most enriched but segregated classroom.

A few days later, we visited the classroom and saw that it was indeed a rich environment with much activity where a variety of needs were met. Stephen loved all the motion, sounds and overall feeling of the room.

When the official meeting documents arrived, it became real for us. Decisions had been made concerning his learning environment, support services and transportation, and we had agreed to the positive suggestions. Stephen would be transported on a lift bus. Once at school he would be tube fed and start his short school day. PT, OT, and Speech would be offered once a week. He would go to the preschool class as much as he could tolerate. He would receive care from the Registered Nurse on staff as needed, and he would have an assigned aide who would keep him safe. All that was left for us was to enroll him at his assigned campus and start getting excited about the new school year.

Supplies have been bought. Angry Birds (his favorite game) Backpack is stuffed, and school clothes are ready for his bus pick-up at the end of August. We are excited to meet this life’s goal and relish an accomplishment that all children should experience: the First Day of School.

What’s so special about special education meetings? Your child and your ability to know that child with all your heart and soul is what is special. To get the most from those meetings, these simple steps should help:

When the meeting is over, you should feel comfortable that your child’s needs and strengths were addressed properly. Being part of the team is important, as the school is there for your child during the day, as you are there during the other hours. Throughout the year, keep the lines of communication open between the school and your home, as changes in lives often affects the learning environment.

Bonnie Lovitt has a Master’s degree in Special Education, Secondary Regular Education certified, and most importantly is Grandmother to Stephen, her precious little boy.