How many ways can you think of to say that you need to eliminate urine? Let’s see, there is pee, urinate, wee-wee, tinkle, number one, gotta go, use the potty, make a piddle, whiz, and the list goes on. Medically speaking, the term is micturition. 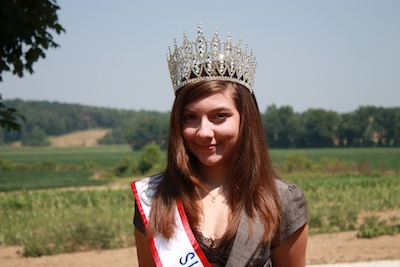 My daughter added a new term to her list — cathing. She is often unable to start a stream of urine, so she uses a clean technique to intermittently catheterize her bladder. Some days, she is able to use the potty like most other people, but some days it just will not work for her. There are times when she has no bladder control and leaks urine spontaneously, which causes accidents.

Welcome to the crazy world of Neurogenic Bladder.

My daughter’s name is Amanda and she has always battled with urinary tract infections and incontinence. She has experienced urinary retention as well as constant leakage. At the age of five, she had surgery to correct urine refluxing or backflowing from her bladder into her kidneys. The procedure was called bi-lateral ureteral reimplants. She has a test known as a Voiding Cystourethrogram, or VCUG, annually to make sure the new valves are holding up well. This test is where a catheter is inserted into the bladder to fill it with dye. X-ray pictures are taken as the bladder fills and empties. She is doing well now and remains reflux free.

After the surgery to reimplant her ureters, Amanda continued to experience difficulties with incomplete bladder emptying, bladder spasms, and incontinence, as well as further urinary tract infections. She completed biofeedback training to retrain her bladder and muscles to function properly. She used a timed voiding schedule and learned a new way to sit on the potty so she could empty completely. The urologist noticed that she had a sacral dimple at the base of her spine and referred her to see a neurosurgeon to evaluate her for occult tethered spinal cord. Based on irregularities on her formal Urodynamics testing, which evaluates nerve functions in the bladder, the neurosurgeon decided to do an MRI of her brain and spine, where it was discovered that she did indeed have an occult tethered spinal cord. She had surgery at age ten to release her cord, and immediately things improved for her, but they did not last very long.

Over the course of the next three years, things went downhill very quickly for Amanda. In addition to the worsening bladder problems, she developed gastrointestinal symptoms, and began having severe and constant headaches. At this point, she was completely catheter dependent to empty her bladder. She had a G-tube placed to give her extra hydration to help control calcium-oxalate crystals in her urine and replace what she was losing due to daily vomiting.

We decided to try the Inter-Stim implant, which is a sacral nerve stimulator that has had success in treating overactive bladder symptoms in adults. The sacral nerve stimulation did not help her. We visited the neurosurgeon again and it was discovered that she had developed a Chiari I Malformation. The cerebellar tonsils at the base of her brain were herniating through the opening in her skull and blocking the flow of spinal fluid, which in turn exacerbated the problems she was experiencing with her bladder. At age 14, she underwent brain surgery to correct the Chiari Malformation, known as decompression.

Amanda is now 16 years old and continues to experience challenges with voiding. She currently takes her Ditropan intravesically, which means she instills it into her bladder via a catheter three times a day. This helps to cut down on the side effects from the oral medication, such as overheating and slowing down the colon. She also uses bladder instillation for her daily prophylactic antibiotic. She instills Gentamicin each night before bedtime and no longer has to take a daily oral dose of antibiotics.

She still gets urinary tract infections and some days are better than others are, but she does not have to use a catheter to empty her bladder every few hours. She has the option of undergoing the Mitrofanoff procedure to create a stoma in her abdomen to use to cath her bladder, but she has not decided if she wants it yet. We do not know what the future holds, but we do know that we can face each day stronger than the one before.

Amy is currently a stay-at-home mother to Amanda. She just earned her Bachelor’s degree in Elementary Education and Mild Intervention Special Education. Amy lives at home with her husband, Andrew, on his family’s farm in Southern Indiana. Andrew is a project coordinator in an electronics repair facility. We enjoy camping and relaxing outdoors. To learn more about Amanda, please visit her Caringbridge page.