In 2004, I became the mother of a beautiful daughter, who by age eight months was clearly facing unique medical challenges. We are still chasing a diagnosis, and I have lost the battle of trying to “do it all.” 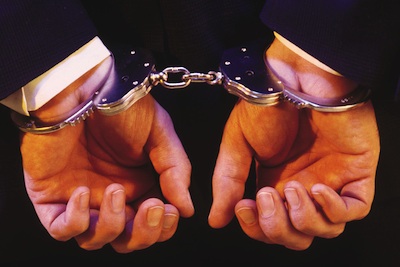 However, as things settled into a routine, I slowly found myself asking an interesting question. It was based on my experience as a violence expert. While I knew what my daughter’s risks for violence were as a kid and as a girl, I didn’t know if she faced different risks because of her medical issues. Turns out it was a question worth asking. It’s also one many of you have probably never had the time to think much about. But you should.

Parenting a child with special needs comes with unique challenges—and triumphs. Whether the child faces physical challenges, mental impairment, or mental health problems, parents need to be aware of one additional challenge that confronts their child: violent crime, especially sexual abuse. Kids with special needs not only face greater risks, but there are also fewer prevention efforts and extra barriers to obtaining help after victimization.

The Scope of the Problem

According to a March 2013 study, children with disabilities are 2.9 times more likely to be sexually abused than non-disabled peers. Those with intellectual disabilities and mental health issues face 4.6 times the risk.¹

People with disabilities face significantly more risk in all violent crime categories. According to Harrell, compared to non-disabled peers:

As a result, the more complex the case, the higher the risk for violent victimization.

People who victimize children require both access and secrecy to commit their crimes. As a result, children are typically victimized by someone they know. With children who have special needs, their unique needs create opportunities for abuse; in other words, access. Additionally, their disability often facilitates secrecy due to communication and cognitive barriers.

What Can be Done?

Because parents rely so heavily on support structures to care for many children with special needs, they must be empowered to protect their children in a more meaningful way.

Adults can and are groomed by predators to permit access to children—whether able-bodied or special needs. Parents need to learn how to recognize danger signals while balancing some of the unique issues posed by relying on the caregivers children with disabilities often require.

What can parents and caregivers do? Ultimately, parents can best reduce the risk for their kids because they know their kids like no one else. Ask questions and use your intuition. If you have reservations about someone who cares for your loved one, take those feelings seriously. If your child appears to dislike or fear someone, take it seriously. If you notice a change in your child’s behavior or response to someone, or a child’s mood is different after being with particular people, take notice. It may be nothing; it may be something. But it’s worth paying attention to.

Second, demand background investigations and clearances of personnel who care for family members. This is important not only for young children, but across the life span. Ask questions of the facilities and individuals you access to care for your child. Know who is taking care of your child and who has access to him or her. Don’t assume that everyone who cares for your child is benevolent. Predators prey on weakness, and unfortunately children with special needs are a rich potential source of victims. Not only can the victims not fight back, much less tell, but parents are also dependent on the predators to help care for their child. It’s an environment that is uniquely conducive to abuse.

Third, take action. Demand legislation that permits reporting of violent offenders who reside in residences (including nursing homes and assisted care) housing people with disabilities. While clearances are often required for employees in facilities that help people with disabilities, other residents are often not examined. This is a special concern in facilities with mixed age groups. Residents have abused other residents and parents need to be aware of this particular danger.

Fourth, raise awareness with educators, health care professionals, and other families about this issue. Safety for children with special needs is a conversation that is worth having. Many people don’t think about it because the physical and medical needs of their children so often take precedence and can be all-consuming. However, the lack of attention doesn’t mean it’s a non-issue, and actually contributes to the risk these children face.

Finally, report suspicions to competent authorities. This should include individuals outside of the care structure—in other words, the police and social services. If your gut is telling you there is a problem, take it seriously. Don’t talk yourself out of it. Predators rely on your silence. They count on you seeing what you want to see—a well-intentioned, kind, caring person.

Parents and caregivers need to consider the special risks facing their family members. Further, this risk doesn’t disappear once a child grows older. Thus, it’s important to keep safety at the forefront of your planning as your child ages.

Karla is a mom but her alter ego is a violence expert with over fifteen years experience in academics, law enforcement, intelligence, and consulting. She’s written a safety guide for tween girls, is working on another book for parents, and has a safety blog. When she’s not writing or researching, Karla likes to garden, cook, and read.