Dying from Nothing:
When You Never Get Answers

Like many parents of a child who has died, I am often asked what condition caused her death. It would be so easy if I could just say cancer or muscular dystrophy. But the truth is that I have no answer to this question.

My daughter died of everything—and nothing. 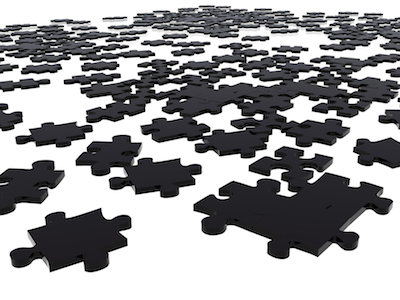 According to her death certificate, my daughter Karuna died at age eleven from acute kidney failure. This is true; it was ultimately the sudden progression of her renal insufficiency that caused her death. My daughter also had respiratory, GI, bladder, and autonomic nervous system failure, along with autoimmune disease. While she had at least 10 major diagnoses, she never got a full, comprehensive explanation tying all of it together.

And we will likely never get answers.

Karuna had medical complexities right from the start. She suffered a perinatal umbilical cord rupture, and literally bled out in the womb. Her blood loss led to hypoxic ischemic encephalopathy, or injury to her organs and brain due to oxygen deprivation from extreme blood loss. At the time, this umbilical cord accident was considered a one-in-a-million lightning strike—also known as simple bad luck—though now I think it may have been a sign of her underlying condition.

As expected with a brain injury like this, Karuna developed spastic quadriplegic cerebral palsy. But she was fundamentally healthy the first three years of her life, with minimal medical problems beyond the usual reflux, feeding problems, and mild seizures common in children with severe cerebral palsy.

Everything changed shortly before her third birthday. A series of viruses seemed to set off a cascade of events that would ultimately lead to multi-system organ failure over eight years. Year by year, organs stopped functioning. Her gut went first, requiring IV nutrition in a kid who just weeks before was eating mostly by mouth. Then came bladder failure, requiring cathing. Next up—out of the blue—was a series of abscesses in her gut and an ultimate diagnosis of Crohn’s disease. Severe dysautonomia became a problem, with daily uncontrollable autonomic crises. After that came respiratory failure, slowly progressing from needing oxygen at night at age five, to needing full ventilator support by age eight. Immune system issues primarily related to her spleen crept in around age seven, and her kidneys started to decline precipitously at age 10.

As a toddler she had some physical disabilities but was otherwise healthy, eating by mouth, with no respiratory issues. Just eight years later, every organ in her body except her heart had either failed or was failing, and she lost her ability to move every part of her body other than her eyes and mouth.

She was dying of nothing.

We had one major diagnosis: cerebral palsy. Most doctors will say that cerebral palsy is not progressive, but what they really mean is that the injured part of the brain doesn’t get worse or spread to other parts of the brain. Some children with severe cerebral palsy do worsen and eventually die, usually in their teens, commonly from complications related to immobility, seizures, aspiration, or respiratory problems.

Since Karuna had severe cerebral palsy, almost all the doctors we saw after her health declined simply stated that she was developing complications from her original brain injury—three years after the fact. In fact, almost all of her doctors refused to even contemplate that she could have any other potential underlying diagnosis beyond cerebral palsy. They would say things like the stress on her body from illness caused things to go haywire. Of course, most of these doctors only saw her after she started to decline, since she was so healthy previously. Had they known her before her health shifted so abruptly, perhaps they would have seen the dramatic change for what it was.

Cerebral palsy made them put on blinders. As a result, most doctors refused even basic diagnostic testing for her. Other than a simple genetic workup shortly after birth, she had no major diagnostic testing. Even though she had unusual, unexplainable anomalies as early as her NICU days, no one ever thought they were of great enough significance to pursue. Some of her diagnoses, like Crohn’s disease and immune deficiency, have no known relationship to cerebral palsy. But even these conditions could not convince her doctors to pursue an alternate diagnosis. I could occasionally get them to run one or two tests to rule things in or out, but we rarely got any further than that.

A severe brain injury can be used to explain pretty much anything, and that satisfied her doctors.

It didn’t satisfy me.

Had she not had cerebral palsy, I am sure her doctors would have spent millions of dollars running hundreds of tests to diagnose her. I always felt that most doctors did not want to invest much time and effort into figuring out her diagnosis because of inherent biases against children with severe disabilities.

Then again, perhaps her underlying condition would have remained much more minor had she not had cerebral palsy. We simply don’t know, because we don’t know what it was.

As the years passed, we watched her develop progressive organ failure throughout her body. System by system, her body was slowly shutting down. And yet there she was, dying of nothing, while simultaneously dying of everything: GI failure, respiratory failure, kidney failure, immune system problems. Her labs and physical examination were so profoundly abnormal in her last few years that she fit diagnostic criteria for hundreds of conditions.

With no diagnosis, you have no way of predicting what will happen next. You have no idea what treatments might be beneficial, and which might be downright harmful. You have no idea whether forging ahead and adding more medical technology is the right choice, or if you are just postponing the climax of what is an inevitably terminal disease.

Her death has in some ways added even more questions to the mix. Could a simple treatment have saved her life, if we had just known what exactly to treat? Could a diagnosis have been found if her doctors could get past their biases about disability? Did she in fact have a genetic condition that could affect her siblings or future relatives?

But I still find answering the question, “What did she die from?” by far the most difficult part to handle. I simply don’t know, and I probably never will.

She died of nothing–and everything.