More Difficult or Less Difficult?
The Path of Choosing to be a Parent

Eventually the question comes up, “So, when did you find out?” At first I’m confused, “Find out? Oh, when did I find out about my son’s disability?” The question used to send me into a mental spiral. I knew since the time I met him. 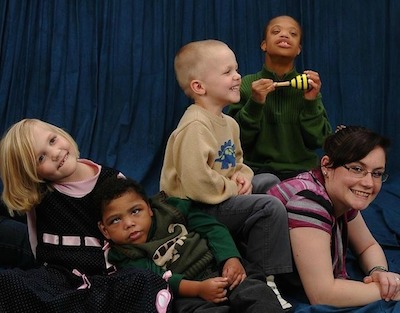 I always felt a little disconcerted about the essay, “Welcome to Holland,” because I guess I chose Holland. The essay was written in 1987 by Emily Perl Kingsley, a special needs parent who described her parenting journey as preparing for a vacation to Italy, only to find that she has been landed in Holland. It’s very expressively written, and certainly tells a story of how beautiful an adventure parenting a child with special needs can be.

However, I would be willing to bet that if you are a parent or caregiver of any child, your expectations didn’t quite match up to your reality. Each and every one of us finds ourselves on this caregiving journey a little lost and even lonely, a little perplexed, a little disheartened, even angry.

We fill our minds with innumerable dreams and expectations and anticipations. It can feel very happy, peaceful, and joyous. Then, reality enters. It happens to us all in different ways and at different times.

The Reality of Caregiving

For some, reality hits hard when the doctors tell them that their 19-week-old fetus would probably not live to term or will have life-long disabling conditions.

For others it happens when their “normally” developing child starts coming down with severe headaches, and doctors find that he has a brain tumor at six years old.

Reality happens when parents are called into school meetings.

Reality happens when others have expectations about what you should be as a parent and what your child should be like.

Reality happens when a grandparent finds him or herself the primary caretaker of a grandchild.

Reality hit us when we signed adoption papers, carted out our son and all his medical paraphernalia and two huge binders full of his medical information, looked at our new four-year-old son, and said, “So…what do we do now?”

Reality hit when he was in the hospital at the age of 13 with a possible kidney transplant rejection and a well-meaning nurse asked why I adopted a child with disabilities. I answered, “Why not?”

Reality hits everybody, at some point, no matter what you think you are prepared for. It happens at different times and in varying degrees, but one thing is certain: reality will hit you, and it sometimes feels like a truck landed on you. Nothing about parenting or caregiving will be anything like what you expect.

Like most parents, my expectations are actually about me. They aren’t about my child. But when this person enters into my world, through birth or adoption, with his or her own personality, opinion, experiences, skills, talents, strengths and weaknesses, it can be quite a puzzle.

You see, parenting is a choice. And it’s one that is filled with uncertainty, responsibility, and sometimes heartache. But it is a path we chose to walk.

It’s all a crazy rollercoaster ride, every day defying my expectations.

The only thing that has actually gone exactly as I expected is this: I wanted to be a parent. Now I am one.

I wouldn’t have it any other way.

Lisa Blackstone is an adoptive and biological mom of five children (four on this earth and one in heaven) and a contributor to Complex Child Magazine and Upstate Parents. She lives with her husband and children in Upstate South Carolina.