The Children of Medicaid

I’ve been continually surprised by how many people think Medicaid is just for poor families on welfare. Those of us who parent children with complex medical needs know that Medicaid is so much more than that. After all, 72% of Medicaid enrollees are children, people with disabilities, and the elderly, and these groups account for 84% of spending. Medicaid provides vital services for children, including home nursing care and therapies, that are not otherwise covered.

In this article, we will share just a few of the children with medical conditions who have received life-changing benefits, thanks to Medicaid. 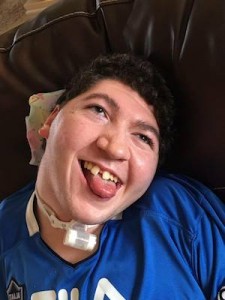 Diagnosed with spastic quadriplegic cerebral palsy and associated conditions, Carter requires a tracheostomy and ventilator to help him breathe. He is covered by both private insurance and Medicaid through the state of Wisconsin. Initially, he participated in an optional Medicaid program for children with extraordinary needs called a Katie Beckett waiver, but he now receives services through a Medicaid waiver for children with physical disabilities. Carter has significant physical disabilities and medical needs that make him fully dependent on his caregivers, but is cognitively intact.

Medicaid has paid for part or all of Carter’s surgeries, medications, durable medical equipment, formula, and occupational and physical therapies. Even more importantly, it provides coverage for home nursing, allowing Carter to maintain the same two independent nurses for the past 12 years.

Medicaid allows Carter’s mother, Kathy, to work part time and take care of her other children. As Kathy says, “Without these programs, despite both of us working, my husband and I would be financially bankrupt and our son would have to go without many of the surgeries, medications, and supplies that improve his quality of life.” 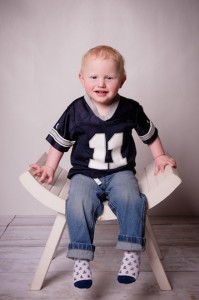 Johnny is an adorable little boy who is the only person in the United States diagnosed with Maple Syrup Urine Disease (a metabolic disorder) and Cystic Fibrosis. Like many children with complex medical conditions, Johnny has both private insurance and secondary Medicaid, through a state-based loophole in Pennsylvania that ensures children with extraordinary medical needs have access to Medicaid.

While private insurance pays the bulk of his expenses, Medicaid covers special medications related to his rare condition and other special therapies. It also covers his substantial out-of-pocket insurance expenses, such as copays and deductibles. His medications and therapies are life-saving for him, and without Medicaid, he would not have access to them. 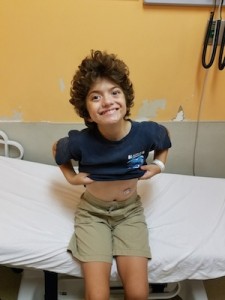 Ikaika is diagnosed with CHARGE association, a genetic condition that comes with a wide range of congenital medical conditions. He also was born with a hole between his esophagus and trachea, has a feeding tube for nutrition, and had a tracheostomy tube to help him breathe for the first eight years of his life. Currently, Ikaika has private insurance plus a secondary Medicaid waiver, due to his extensive medical needs.

During the time Ikaika had his trach, Medicaid paid for home nursing care, allowing his mother to return to work full time. Medicaid also covers his school-based nursing services, his therapies, his feeding therapy, his feeding tube formula, and his feeding tube supplies, all of which are not covered by his private insurance. In addition, Medicaid pays the bulk of the cost for his specialized bone conduction hearing aids. If he didn’t have Medicaid, he would be denied the fundamental right to hear. His family would literally be drowning in debt from his uncovered medical expenses.

Ikaika will likely outgrow many of his medical needs as he gets older, and will grow up to attend college, have a family, and pay taxes. As his mother Amanda says, “Ikaika is thriving and growing into a caring, responsible, contributing citizen of our country and the world.” 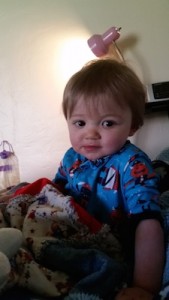 Born with complex congenital heart defects and heterotaxy syndrome, Jojo was previously covered by private insurance. But the severity of his medical needs forced his mother Elizabeth to leave her job, which left him uninsured. Thankfully, he was able to receive Medicaid plus additional services through California Children’s Services (CCS), a special program for children with qualifying medical diagnoses.

Currently, Medicaid pays for his primary care, specialty care, surgeries, hospitals stays, feeding tube, formula, physical therapy, and developmental therapy. Jojo is able to have all his needs met between Medicaid and CCS.

As his mother says, “Medicaid has allowed Jojo to not only survive, but thrive, because it means we don’t have to worry about how to afford quality care. Caring for a medically complex child is stressful enough as it is, but the Medicaid program has given us some peace of mind.” 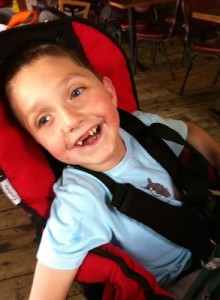 Mason was a charming young man adopted from foster care, who passed away in 2015. He was diagnosed with cerebral palsy, and was nonverbal, used a wheelchair, and had a feeding tube. Like many foster kids with complex medical conditions, Mason had been hard to place, and did not find a permanent home until age six. His adoption was only possible because it came with a guarantee of Medicaid coverage, which covered most all of his medical expenses.

He participated in a special Medicaid program called Consumer Directed Community Supports that allowed his family to purchase necessary medical equipment, helped to make his home wheelchair accessible, and paid for his feeding supplies, medical formula, diapers, and medications. In addition, this program paid for personal care aide hours, allowing his mother to continue working part time. Medicaid also helped the family with travel expenses, which were especially important when Mason was hospitalized for months four hours away from home in the last months of his life.

Medicaid allowed Mason to have an adoptive family for the last two years of his life.

Miracle is exactly what her name describes—a miracle child. Diagnosed with VACTERL Syndrome, a collection of congenital defects that affect almost every body system, Miracle has many medical needs that cannot be met by insurance. She is covered by both private insurance and Medicaid. For example, she requires a feeding tube, as well as ongoing feeding tube supplies and formula, but her private insurance does not cover these expenses. Medicaid also covers her home-based therapies, such as physical and speech therapy.

As her mother Destiny says, “Medicaid gives us less stress knowing we won’t be in dire financial situations with household and medical bills.” Miracle’s needs require around-the-clock attention, but Medicaid makes it possible for their entire family to live healthy, productive lives, with lots of love and attention. 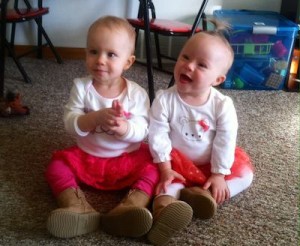 Identical twins Emma and Lily were born with a mosaic form of Down syndrome that affects them very differently. While both girls have fantastic private insurance, they would still have hundreds to thousands of dollars of medical and therapy bills per month without Medicaid.

Initially, both girls had Medicaid, but now only one requires it due to her ongoing medical needs. It pays for her occupational therapy, speech therapy, and physical therapy. It has also helped cover the costs of specialty care, including visits to an endocrinologist, ophthalmologist, audiologist, and feeding specialist. Finally, Medicaid has paid for important home medical equipment, such as a nebulizer, that keeps one twin with ongoing lung infection issues at home instead of in the ER or hospitalized.

Medicaid means that Emma and Lily’s mother Lauren is financially able to stay at home to care for them, taking them to medical visits and being available for weekly therapies. As Lauren says, “It helps us to thrive as a family and get wonderful medical care and therapy for our daughters!” 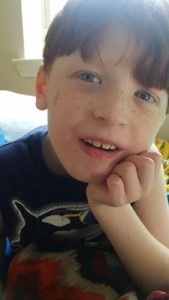 Aiden has an excellent private insurance plan, but it still does not meet his needs. Diagnosed with cerebral palsy, alpha thalassemia x-linked mental retardation, and many associated medical conditions, he requires multiple therapies and personal care services that his insurance does not cover. Fortunately, his medical condition qualifies him for a Texas Medicaid waiver program, allowing him to have access to Medicaid coverage for therapies, personal care services, and other benefits.

Aiden has recently seen cuts to his Medicaid services, since Texas received a waiver of a federal law that now allows Aiden to be placed in a managed care program. His state has already cut his therapies by two hours per week. It has already become challenging to cut through the red tape in order to receive the services he needs.

Aiden’s story shows the importance of a strong Medicaid program with appropriate federal regulations that make sure he receives all his medically necessary care.

Compiled by Susan Agrawal • Date: 3/24/2017 • Thank you to Amanda Upton for the idea, and to all the families who submitted their stories!