As 2016 comes to an end, 2017 will come with new commitments, new resolutions and new promises that we make to ourselves and to others. Many of these will just fade away with the passing of the winter cold. This year I want you to take a challenge with me. 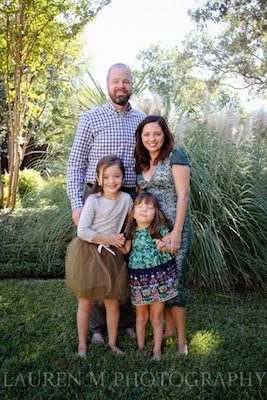 As a former pediatric physical therapist, I have had many conversations with parents and other therapists, documenting in report after report, the many impairments and limitations a child might have. One impairment that always seems to come up with children who have special needs is the child’s lack of safety awareness. The child does not seem to know what will hurt him; or maybe the child does know, but doesn’t recognize the potential consequences of the action.

My wife and I have witnessed this over and over with our youngest daughter throughout the years. She was born with a rare chromosomal disorder and as a result has many complex and special medical needs. I cannot tell you how thrilled we were the first time we saw her pull herself to standing in the crib. It was amazing! We were yelling at each other every time to, “HURRY UP, GET IN HERE, YOU ARE GOING TO MISS IT!”

She had gotten pretty good at it, but there was one problem. She didn’t quite understand that if she let go she would fall back and eventually hit the back of her head on the crib. Now when I say hit, I actually mean bash. So picture this: a two-year-old girl slowly and unsteadily pulling herself to stand, then instead of lowering down into sitting position, letting go with both hands while keeping her knees straight, crashing back and colliding with the wall of a crib as if she were a giant redwood being chopped down.

So now we had this new and great skill that was met with a high degree of danger. Hour after hour and night after night my wife would look over at the baby monitor and sound the alarm, “SHE’S UP, SHE’S UP!” We would jump up and take off running in an effort to catch her or slow her descent. But more often than not, it was to pick her up and console her as she would be screaming from hitting her head.

I used to think to myself, and also tell her out loud hoping that she would understand, “You’ve got to stop doing that sweetie, or you are going to really hurt yourself.”  I thought if she could just figure out how to slowly lower herself down, we would all be good. Well, instead of learning the safe way, she figured out that she could pull herself to stand and then rotate her body and literally push-off as if attempting to plant herself head first into the mattress or, in this case, the crib railing.

As a parent, running down the hallway ‪at 3:00 AM in an effort to catch her, I would wonder if she would ever stop. She eventually stopped, but then replaced it with other daredevil stunts. To this day, she loves to get on her knees when she is on our bed, and then fall forward planting her face into the comforter.

The more I would watch her the more I would become in awe of her. She lives life without fear and without consideration to what might happen or the potentials involved. She was living life in the moment.

I will never forget when my biggest fear came at me, sat right before me, stared me down, asking me—no, challenging me—what are you going to do? As a pediatric physical therapist, I was the one who was supposed to help children and families with special needs, never be the family who has a child with special needs. Yet there I sat, 6 ½ years ago in the exam room with my wife, karyotype in hand, showing the extra chromosomal material. The piece of paper that was interpreted by the perinatologist as a child that will have “severe and profound cognitive and physical impairments,” a child that, “probably will not be compatible with life,” a child that, “will not have any quality of life.”

I was there face-to-face with fear itself, a surreal moment that I couldn’t quite understand at the time. I sat there feeling more disabled; physically, cognitively, and emotionally than any of the patients I had ever seen as a therapist. Something happened in the room that day, the only thing that can happen when you allow yourself to face fear head on, live in the moment, and not worry about tomorrow. We replied, “We will keep moving forward with the pregnancy.” What happens from here on out we will face together as a family of four.

You see, the world may see my daughter as disabled, but I see her as the one that is living beyond herself because she isn’t afraid. I am the one who is truly disabled, I am the one who has passed on opportunities, not spoken up, and let relationships be destroyed simply because I was afraid of failure, rejection and being hurt.

How will 2017 be different if you live without fear?

Joshua is a former pediatric physical therapist who now serves out his purpose as a children’s hospital administrator.  He is married to the most amazing wife and mother. Together they have dedicated their personal lives to their two daughters, Maddie and Elle, and professional lives to serving children with complex and special needs. It has been said that cause and effect is a finite process but purpose never ends.

Josh can be reached at jflorence.dpt@gmail.com.