Changing Schools with an IEP 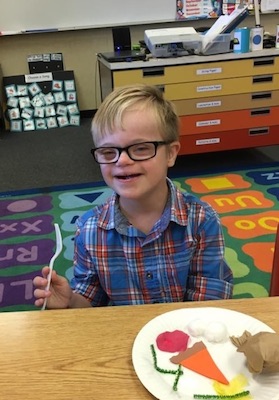 Next fall, my son Bobby, who has Down syndrome, will start at his fourth school in five years. His schooling began in an all special needs school, largely because he was unable to crawl or walk, and the placement offered an abundance of therapy and nursing services for our three-year-old who had just completed his third open heart surgery. As his health improved, we realized that the school was not meeting his language and social needs, so we transferred within the district to a community school where he was partially included. We loved the school, but a variety of circumstances led us to move our family from Illinois to California. Here, one year after our move and one difficult year of fighting a school that opposes inclusion, we have bought a house in a new school district. This will be Bobby’s last move until adulthood.

Moving schools when your child has an IEP is not easy. Schools can have remarkably different approaches to special education, and so while an IEP should translate between schools, don’t expect that to be the reality. Below are my lessons learned for managing a change of school.

When we were contemplating moving to Southern California I joined multiple Facebook groups and polled parents of children with special needs about the quality of various school districts. We ultimately chose a district that received universally good feedback. However, once we moved, our expectations did not match reality as the new school resisted inclusion at every turn.

A school recommendation in and of itself doesn’t mean anything if you don’t know the context of what the recommending parent wants for his or her child. Likewise, well-intentioned parents may provide good reviews of a school because they are unaware of better options elsewhere. You need a lot of context to interpret an opinion correctly, and most people in online forums don’t have the time to give that much detail.

While it’s an imperfect gauge, focusing on schools that are generally well-funded is probably a better strategy.

Being in a new state and school district put me at a considerable disadvantage in advocating for Bobby. I did not know the details of existing programming. I did not know the prevailing vernacular. Many school districts will take advantage of that fact when supports are negotiated. My wife has repeatedly asked our current program specialist for the full range of special education supports/programming available within the district, all to no avail. Schools may well withhold information in an effort to withhold accommodations.

The best defense is to walk into your meetings with a person the administration is familiar with—a formal advocate or even another parent who has negotiated a strong IEP within the district before.

Many schools prefer to start transfer discussions of new students only a few weeks before the student begins school. However, this means your child might start school without needed supports in place. Bobby began attending his current school at the start of the last academic year. His feeding tube administration was chaotic for the first several weeks of school. He did not receive the AAC device listed in his IEP until February. Even if you have to show up unannounced at your school’s district office, engage in discussions as soon as you know your child is transferring.

In many places, new students with IEPs will have a sixty-day trial period before their placement is finalized. This trial period is ideally a time for parents and teachers to work together to help a student successfully transition to a new environment. The first time Bobby transferred schools, his new teacher was constantly asking for feedback about how to best work with him.

However, the last time he transferred we received spotty communication, all claiming that Bobby was doing well in his new classroom. Then at the IEP meeting, the staff announced that, in fact, he had done little to no work all year and suggested that he be moved to a less inclusive placement. We were shocked.

During your initial meeting with your child’s teacher and therapists set expectations that you are to be a contributing member of his transition team, and that you will be keeping detailed documentation of the progress and challenges they report. There should be no surprises when the team meets to discuss the final placement for your child.