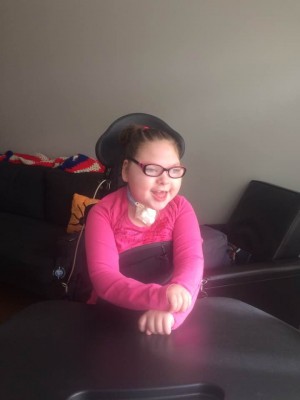 When my daughter Emma was born, she suffered a hypoxic event that caused significant brain damage. Unable to coordinate eating and breathing, and with little hope that she would master those skills in a reasonable amount of time, we opted to have a G-tube placed. The decision to place the G-tube was very straightforward. She had to eat, she couldn’t do so safely, so we moved forward with the surgery.

As the years went on, other procedures and surgeries were suggested to help her grow, thrive, and to otherwise maintain a good quality of life. Procedures like the Nissen Fundoplication, Botox injections, or tenotomies. These interventions were always very clear-cut, obviously needed, and were agreed upon by her whole medical team. It made the decision-making process very easy.

The decision to move forward with a tracheotomy, however, was much more difficult and emotionally charged for us. Because it was basically for secretion management and not an airway issue per se, it was not as clear-cut of a decision as the other procedures had been.

Emma had her first pneumonia at a year old. In the years following, she would average two to three admissions per year for pneumonias or other respiratory illnesses. She was also on antibiotics frequently for upper respiratory tract infections. 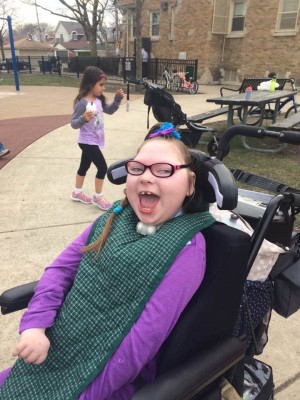 Her Pulmonologist first mentioned the trach to us when she was around five years old. He suggested that the trach might help with the many illnesses that she was having, but that ultimately it was our decision. We were referred to an ENT, who did not have a strong opinion either way at that point. Some professionals on our team warned us that the trach would be a major lifestyle change. A few were very vocally against it. Some felt it would be the beginning of the end. We were told that we would be limited in our abilities to travel, to go out, and to enjoy family time. That she would be trapped in the house if we didn’t have nursing readily available.

With that kind of cloud hanging over our heads, I wanted a clear-cut reason to move forward. I wanted more than it “might help.” I wanted more than “it’s your choice.” I wanted concrete evidence that the trach was the right choice for her. While we waited for that evidence, we watched her endure illness after illness. We used a suction catheter that we would put in her nose and down the back of her throat to try to clear her airway. Often, this led to vomiting, and that would clear her airway temporarily. For a day or so, she would be okay, and then the secretions would build up again and we would have to repeat the whole process. She was prescribed so many antibiotics for respiratory illnesses that we were warned she could become resistant to the antibiotics, meaning we could get to a point where they would simply stop working for her. Her Pulmonologist continued to suggest the trach, but remained very supportive of our decision to wait.

In between the illnesses, though, she seemed fine, and she was happy, healthy, or so it seemed. Her airway was fine. Her oxygen saturation was great during the day. As time went on, however, each illness required higher oxygen intervention. Instead of needing 2L of oxygen during an admission, we were looking at 4L through the duration of her illness. She went from needing oxygen infrequently at night to seven nights a week. Still, we based her relative “healthiness” on not needing oxygen supplementation during the day. 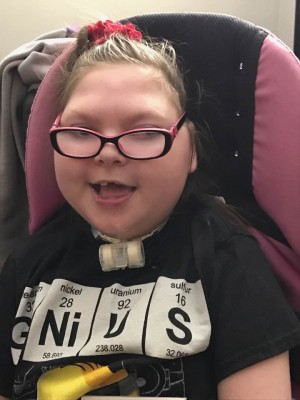 In 2013, when Emma was nearly eight, she went for routine lab work that showed much higher than normal hemoglobin and hematocrit levels. The sign that we had been waiting for was now flashing in bright neon colors. Those high levels indicated that she was chronically obstructed, and that she was working very hard to maintain her oxygen levels. In addition, her resting heart rate was creeping up, and there were concerns that her heart was working harder.

At that point, the ENT was in agreement that it was time to move forward with the trach. I can’t adequately explain how torn I was about this 30-minute procedure and what would follow. I was terrified and convinced that this was the last option for her, and that it might not work. That by choosing the trach, we were actually shortening her life span, that it was all downhill from there.

I had confidence in our doctors, and yet, everything we were hearing outside of that sphere was negative. I vacillated between confident that we were making the right decision, to terrified that it was the wrong call. I was determined, though, that we were going to make the best of it, because she clearly needed it. We were resigned to it. The option to do nothing was untenable. We simply could not sit back and watch her struggle any longer.

In October 2013, Emma had the tracheotomy procedure.

Almost immediately, Emma needed less oxygen at night. Her heart rate dropped almost immediately as well, showing she was not having to work as hard to breathe. She recovered from the trach procedure quickly and we were discharged 17 days later. (Disclaimer: we already had nursing in place so we were not forced to wait for that to be set up as most families are.) Suctioning was so easy, and we didn’t have to make her vomit anymore to clear her airway. We had a way to get to her secretions, and secondary infections became almost nonexistent. Emma has not been admitted for a respiratory illness in almost two years, and her last round of antibiotics for a respiratory illness was almost a year ago.

Thriving with a Trach

Emma has thrived with the trach. We have traveled every year; holiday trips to Grandma’s house, Disney World, and even to the beach (she goes swimming—carefully of course!). Overall, her quality of life has improved dramatically. She is doing better at school because she can focus on her lessons and not on having to breathe.

There are downsides to Emma having the trach. It requires twice daily care, and equipment like a humidifier at night to keep the airway moist. Emma cannot attend school without a nurse, though in fairness, she needed a 1:1 nurse in school before the trach, so that wasn’t a big change. When we go out and about we have to bring a pulse ox, suction machine, and emergency bag with extra trachs and supplies, so we never travel lightly. However, for us, the extra stuff and equipment is a small price to pay for her overall good health.

While the decision to get a trach was difficult to make, ultimately it was the right decision. My only regret is that we didn’t do it sooner.