From Rare to Extraordinarily Rare in an Everyday Kind of Life

As a parent and advocate, I was simultaneously surrounded by the rare and commonplace the past few days. It was yet one more time of recognizing the collision that is my family’s world…and the teasing out of where one part ends and the other begins within the extraordinary and complex and the “everyday-ness” of life. 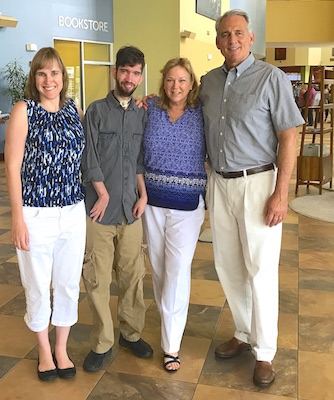 Such is likely the same with many of the families I was with at an annual conference for geneticists, related medical and public health practitioners, and industry folks in the southeast region of the United States. Sprinkled among the professionals were the welcomed “consumers” — the lived experience voices of those with a genetic-based condition or their loved ones.

We consumers (mainly moms) are a rare breed because our children live in the “Land of Rareness.” When considering each child from the singularity of his or her particular diagnosis, they are like white peacocks, black swans, a zebra among horses, and there is even an occasional unicorn.

The definition of medical/genetic rarity is that one has a disease, disorder, illness or condition affecting fewer than 200,000 people in the United States, according to the National Institutes of Health, the U.S. Food and Drug Administration, and the National Organization of Rare Disorders (NORD). So far, there are over 7,000 identified rare conditions.

Given that there are approximately 325.7 million Americans, on average a group of persons within a single rare disorder category represents only 0.061% of our country’s population. A further extrapolation…one lone child with one of these 7,000 unique conditions can feel so very alone in our world.

That’s where our family fits in, and then some! My husband and I have added layers of uniqueness as the proud parents of two now adult children with two very different and unconnected rare disorders. We were doubly blessed with wonderful, and wonderfully made, children. They provided us the opportunity to learn more than we ever imagined, to engage with groups of terrific people we might never have encountered, and to joyfully experience commonplace moments made all the more remarkable due to their specific circumstances. 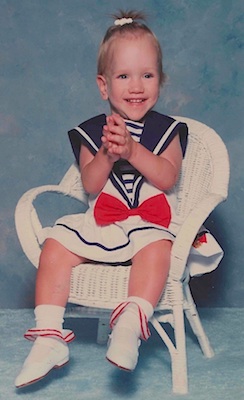 Our Emily Claire is now 25 years old. The day she was born was extra-special. Happily, she arrived crying to the announcement of “it’s a girl” and the customary assurance of “ten fingers and toes!” by the delivery room nurse. Then, with no warning, mere hours later we were confronted with the reality that the hospital physicians viewed our precious and adorable newborn through a completely different lens. Emily was moved to the NICU to ride out severe jaundice and failure to thrive. She also received the first of a variety of diagnoses she would be given over the years, which was logged into her medical record: “FLK” (funny looking kid!).

Fast-forward two years later. Emily was a happy and rambunctious toddler despite multiple medical, physical, and speech challenges and a new diagnosis of the rare genetic condition of Sotos Syndrome. She had just graduated from comprehensive Early Intervention services to an inclusive public preschool where she easily moved on to Special Education services. She also eagerly awaited the arrival of her new baby brother.

Again, the unexpected occurred. We had all of a day’s notice that our son was in dire circumstance. A 36-week sonogram showed he had not grown in weight or length, and he had a fainter heartbeat. So, a short time later James McNiel Livingston (aka Mac) entered the world in an emergency birth process and more serious delivery room setting than his sister’s. Mac made one small “peep” of a cry and was whisked away…without the ubiquitous pronouncement on the status of his fingers and toes.

We thought we had faced the remarkable with much resilience when Emily was born. We believed life was settled into routine, and that Mac would be a great brother to his exceptional big sister. The difficulties of reaching an accurate diagnosis for Emily were behind us. We never imagined that an even more rare and unique “unicorn” son would join our “rare bird” daughter and test our strength of parenting ever further. 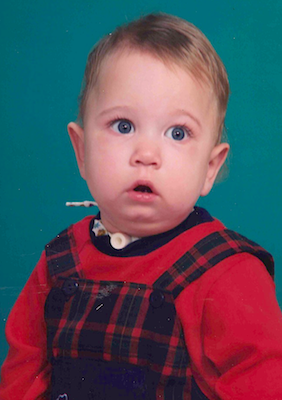 Looking back, we had no idea exactly how much rareness engulfed our lives. Looking back, we continue to be amazed and awed at achieving the seemingly impossible. Looking back, now with the hindsight of God’s twenty-twenty vision, we view life as an alignment of blessings.

Here are just a few of those rarified alignments in our life:

The rare alignment of care

We had one of the most renowned geneticists in the country, at one of the best children’s hospitals in the country. He provided a great level of hope for our children that gave us the encouragement we needed amidst the other dim medical and quality of life prognostications by others.

The rare alignment of a diagnosis

Our daughter’s diagnosis of Sotos Syndrome came at 18 months of age, at a time when so many other parents were wading through numerous specialists for years, striving for answers about their little ones. Amazingly, Mac’s diagnosis came in unlikely swiftness at two weeks of age! Indeed, according to current statistics provided at the genetics conference I attended, on average families meet with 7.3 different physicians over the course of 4.5 years before gaining an accurate diagnosis for their loved one.

The rare alignment of the extraordinarily rare

The circumstance of gaining Mac’s diagnosis so quickly was due to the recall of one of a host of physicians huddled around the initial MRI film of his brain. The neurosurgeon in the group recalled a single piece of research on Congenital Bilateral Perisylvian Syndrome (CBPS). All the specialists agreed with the conclusions of this research, which matched with the MRI results and other physical anomalies of our sweet son. With that diagnosis, Mac moved into the realms of extremely rare — this lone journal article on CBPS was based on only twenty other people in the world. So, in October 1995, out of over 5.7 billion people worldwide, Mac became the 21st known person and youngest ever at the time to be identified with CBPS. And the chance of this diagnostic conclusion in such short order? Just as extraordinary!

The rare alignment of friends

When Emily was born we lived in the Washington, D.C. metro area. Prior to her arrival, I worked for several years with a gentleman named Dick Thornburgh. He and his wife, Ginny, were parents with much lived experience from four grown sons, including one son with complex medical needs and intellectual disability. They also happened to be at the national forefront of working on behalf of the rights for those with disabilities. Mr. Thornburgh had been the two-term Governor of Pennsylvania and the U.S. Attorney General under Presidents Reagan and Bush, and was point person in the Executive Branch on moving the Americans with Disabilities Act into law. At the same time, Mrs. Thornburgh fought on the civil rights front for people with disabilities both in Pennsylvania and through her work with two national disability advocacy organizations in Washington. They have been dear and helpful friends and mentors through all the years.

The rare alignment of the power of love

While Mac spent his first months of life in the NICU, I was confronted with statistical information and rationale by the hospital social worker as to why my husband and I should seek a divorce. She said divorce was inevitable, citing some statistics that 80% of parents of a child with a disability or complex care needs divorce. She also observed that the integrity of our marriage was doubly challenged since we already had Emily. She then stated that with the likely possibility Mac would not live, the statistics moved to 90% chance of divorce upon his death. Finally, she suggested that a proactive move to end our marriage and deplete our bank account would allow me to leverage the government for all types of financial support. But, the social worker didn’t know us. Twenty-two years later, we’ve proved statistics don’t always overrule love, and the odds can be beaten! We are celebrating our 34th anniversary as I write, and have loved our life with our two rare and wonderful children.

The alignment of the power of God

As my husband and I have said more times than we can count over the years, we don’t know how we would have made it through the remarkable, rare and rough times without each other and our faith, and being surrounded in prayer and the care of our friends and family. The best of all about this alignment in our lives — it isn’t rare and it’s always available.

The Collective Voice of Rareness 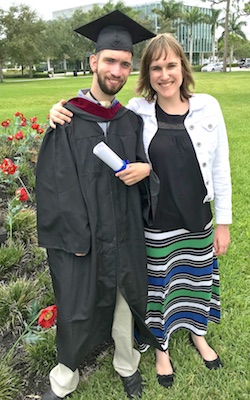 Back to today…as the genetics conference ended, I looked around the room filled with terrific parents who have been thrust into uncommon parenting situations. In some ways we are mostly alone in the world with our singular children, yet we have much in common in the pursuit of having as typical a life as possible for our families.

More important, when united on behalf of our children and other children in the rare disorder world, we find even more commonalities than dividers. It is then we realize the powerfulness of our collective voice.

My encouragement to families like ours is to enjoy the unique gifts of your child(ren), and find supportive groups of uncommon families to gain strength in your commonalities and collective voice. Finally, my hope is you might know many blessings, large and small, within your rare and extraordinary life.

The most rare and happy alignment for us, personally? That we were given the honor and opportunity to be the parents of Emily and Mac Starnes. Our “funny looking kid” who was predicted by some to only graduate from high school with a special education diploma, is a lovely young woman pursuing a Master’s in Public Health with a certification in Disabilities Studies. And our “unicorn” of a son, who was not supposed to have lived to his first birthday? At twenty-two years old Mac continues to beat all the predictions and odds as well. He still has a trach and feeding tube, he is still affected by mild cerebral palsy, he still uses assistive technology as his primary form of communication…and he just graduated from college with near honors. Now “extraordinarily rare” Mac is on his way to the commonplace world of work.

And the world is all the better because all our rare and wonderful children have been a part of it!

Linda Hampton Starnes has spent her life actively involved in the disability community — as a special educator, parent, volunteer, and advocate. After teaching, and then working at the U.S. Departments of Justice and Education, she became the mother of two children with varying abilities, Emily and Mac. Due to their significant health care needs, she managed 24-hour home nursing care, worked with physicians and therapists in fifteen medical specialties, and has overseen approximately 40 hospitalizations, surgeries, or procedures under anesthesia for her children. Now both are grown and successfully “launched” in their respective college and career lives.

Linda has served on many local, regional, and national boards of disability and healthcare organizations and educational institutions, and presents at conferences across the country. At times it is a family affair with one or both of her children co-presenting with her. Along with her husband of 34 years, Tom, the Starnes family have worshipped and helped serve together. They have encouraged their chosen places of worship towards welcoming and including those with disabilities into the life of their congregations, through supporting the development of Access Ministries in Northern Virginia and the Orlando, FL area.