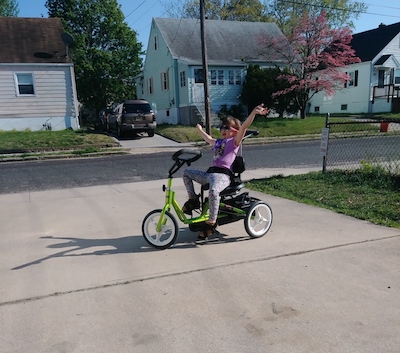 Jaylyn’s journey of interesting, rare, and unusual conditions was discovered after being born. Covered in bruises and petechiae, I soon learned what Neonatal Alloimmune Thrombocytopenia was: a platelet incompatibility between mother and baby that occurs in utero. I developed antibodies sometime early in pregnancy that attacked my daughter’s platelets.

Platelets are the blood cells responsible for clotting the blood. A normal platelet count is 150,000-450,000. Jaylyn’s was 13,000 at birth and quickly dropped to 7,000. She was at high risk for brain and gastrointestinal bleeding. After a few platelet and immunoglobulin transfusions and a week in the NICU, I was told she would be fine. An ultrasound of her brain and abdominal cavity was performed and no bleeds were detected.

After discharge, Jaylyn was showing early signs of cerebral palsy. My years of being a special needs pediatric nurse and growing concerns with development and feeding were brushed off as being a “nervous mom.” And then the aspiration pneumonia and seizures came. A brain MRI was finally ordered to supposedly “ease my mind.” As it turns out, in cases of Neonatal Alloimmune Thrombocytopenia, an MRI is the recommended standard because an ultrasound can miss a brain bleed. 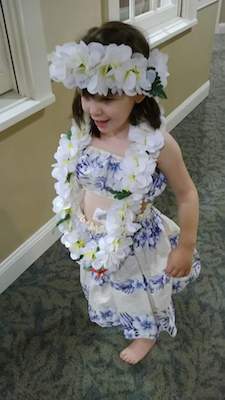 And so it did. The MRI not only revealed a brain bleed, but two rare brain malformations as well: Schizencephaly, which includes slits or clefts in the brain, and Polymicrogyria, which is characterized by too many small grooves in the brain. Both of these malformations can affect the ability to chew, swallow, and speak, and can cause partial or complete paralysis and seizures. My daughter had hit the rare disease jackpot, so to speak.

Jaylyn apparently did not get the memo of all the things she would never be able to do. It may be taking her longer than typical children to reach milestones, but she is a pioneer succeeding in her own time. She amazes me every single day. A new gesture, a new sign, a new word approximation and sometimes even a clear word here and there. First steps at age three and dancing by age four!

There is nothing textbook about her and there is nothing I would change! Of course, the prognosis and all of the bad things that could happen linger in the back of my mind. That does not stop me from celebrating and making the most of every single day to make her dreams and wishes come true.