My introduction to the importance of bowel movements as an indication of my son’s health came early on. One day, as I was changing my two-week-old son Eric’s diaper, he began to spray me with liquid waste, as I lifted his legs to slide the diaper under his little behind. My oldest daughter still recalls my screaming response, loud and piercing, even from the tree she was sitting in out in our backyard. I didn’t realize it at the time, but this explosion was due to the first medical issue we would be dealing with: food allergies. 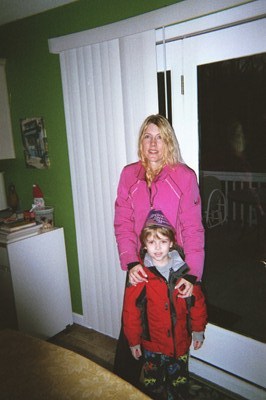 After changing the formula five or six times, we found one that seemed to work, as far as the bowel movements were concerned anyway. Oddly enough, our son never seemed to stop crying, fussing, or choking. I thought adding solid foods would help, but the exact opposite occurred. He developed rashes, cried more, and constantly stuffed his fingers down his throat. I wished he could tell me what was wrong. After consulting many clueless doctors, I finally talked a pediatric GI doctor into doing an endoscopy to look for a condition I read about on the internet: eosinophilic esophagitis. Sure enough, we soon found out we were dealing with that, too. Not only did he have regular food allergies, he also had a disorder where white blood cells cause inflammation in the esophagus in response to some or all food.

After removing all solid food, Eric was placed on an elemental diet so that foods could be trialed one at a time. The oat trial stands out, because it was our first time dealing with severe constipation. Severe, as in our son sitting on the toilet for over an hour, trying desperately to go, needing to go, and nothing happening. It was painful for him and painful for me to watch. Little did I know, but constipation would soon be a thing of the past. It would be replaced by something much worse.

Last June, we noticed our son was spending more time running to the bathroom to do number two. At first, I wasn’t overly concerned. We hadn’t changed anything in his diet; as a matter of fact, we had almost given up trialing foods at this point. But, when the trips to the bathroom went from three times a day to fourteen times a day, we knew something was radically wrong. Before long, there was blood in the stool, on the toilet paper, and on the floor. There were many times I felt as though I had entered the set of a horror show, standing in the doorway of the bathroom as my son cleaned himself up.

A year, three rounds of steroids, and two colonoscopies later, we added another condition to the list: Inflammatory Bowel Disease, either Crohn’s disease or ulcerative colitis. We’re not sure which it is, but neither is good. We recently spent five days in the hospital with Eric, who needed a blood transfusion due to severe anemia. A decision must be made on which steroid sparing drug to try next. Our first choice didn’t work out. At this point, there’s nothing left but immunosuppressant drugs.

These days, my son, who’s now six, doesn’t wait for me to ask. When he comes out of the bathroom he immediately gives me a report: formed or loose, blood or no blood, and whether the blood is bright red or dark red. I might take it further and ask about the urgency, the smell, the amount. I’ve been keeping a journal for months, documenting number of trips to the bathroom and the condition of Eric’s poop.

Between food issues (or elemental formula, in this case) and waste issues, I’m beginning to wish we had the digestive system of plants.