“Empowerment is the process of increasing the capacity of individuals or groups to make choices and to transform those choices into desired actions and outcomes.”¹

What a neat word. 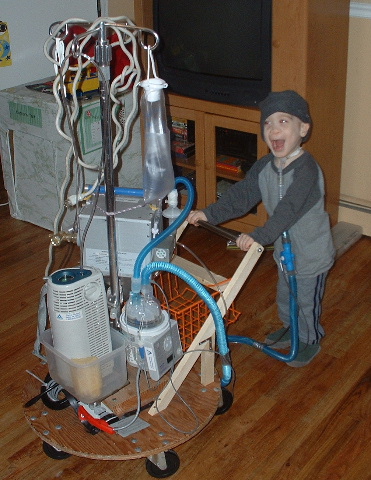 We never thought much about that word, but that is indeed what we were doing with our son Connor, each and every day. We saw that Connor needed as many choices as possible in a world where he felt like he didn’t have many choices or many options. He needed to feel IN control in a world that was pretty OUT of control.

I talk to a lot of parents in similar situations to what we experienced with Connor. It’s not easy, being in this world, not at all. Here you have just a kid, a regular kid—curious, silly, into stuff, spunky—yet at the same time who is faced with life-threatening illness. Many times these kids have equipment that weighs more than they do hooked up to them all the time. They are in precarious, life-threatening situations where they could pull out an IV line or an airway easily—and they DO—seriously threatening their life. Saying that’s “frightening,” well, doesn’t even begin to describe it.

So how do you give a child in this type of situation control? How do you empower THIS child?

We found ways to say, hey, you CAN do this…and you CAN do that…and WHEN would you like to do it? We’d offer him lots of choices about things that were indeed OK! We’d also offer him the option of deciding WHEN to do things he hated. We would set limits around what was absolutely NOT OK, and those were OFF limits. He was trained on all of his equipment, and he knew the ins and outs of everything. Honestly, the child could teach every professional who worked with him how to do things a little better. 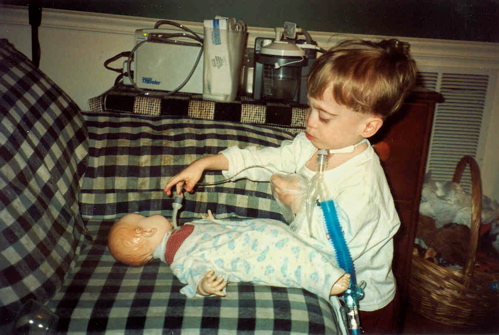 These things gave him a sense of confidence and control, and they EMPOWERED him. He felt really proud of himself, really good about the things he could do. That was a huge thing. It also kept him from doing more dangerous things.

While this was huge for Connor and is an amazing thing for all kids with these types of issues, isn’t it true for any child? If you think about it, deciding what’s off limits, setting boundaries around those things, and then giving your child confidence to make choices, solve problems, and empowering him to move forward in life is fundamental good parenting for any child. Sounds like the key to success to me.

I certainly find that using these same tactics also works wonderfully for Connor’s little brother. Isn’t he lucky his parents have learned so much? What an incredible legacy Connor has given us!

Deborah Tiel Millard worked full time caring for her son Connor, who struggled with significant medical and developmental challenges for over eight years before he passed away due to complications of mitochondrial disease and hemophagocytic lymphohystiocytosis (HLH). She now cares for her son Micah, and supports children and families through Connor’s House, which she co-founded in September 2008. Connor’s House is a non-profit organization in NJ that supports children with complex health care needs, together with their families, by creating a community of support that helps them to embrace each day and live life to its fullest. To learn more about Connor’s House please check out: http://www.connorshouse.org