Having a child is one of the biggest gifts God has ever given us in all of our life. I am thankful to have two sons. When my youngest child Nathan was born, we were just thrilled. He’d been one of those miracle babies, conceived while on birth control, but definitely a much needed surprise and blessing. 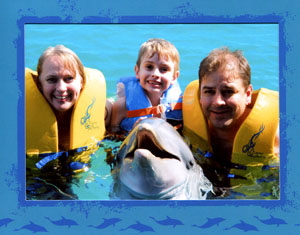 Shortly after his birth, even before the first 10-day pediatric visit, he’d already displayed some things that indicated a problem. He developed several tiny pimple like spots on his chin and mouth area, had an “old man smoker” cough that definitely didn’t fit his tiny frame, and, most lovely of all, his stool had changed dramatically in color. He went from the infamous breast-fed baby poo to a startling lime green this-is-not-normal color. However, after bringing up my concerns at the doctor visit I was told everything’s just fine, he’s happy and healthy, and worse case scenario he might develop baby acne.

Over the next eight weeks, we experienced the initial few dots turning into a full blown rash that covered his body and got worse and worse. We tried treating him for thrush and eczema, and though we weren’t sure what it was, it was definitely getting more intense. We’d been trying multiple treatments, including both topical and oral antibiotics. My mommy meter was off the charts and I was in a full-blown panic, especially in the first month. One of the only medical people I could reach out to without feeling like someone just thought I was overreacting or a bit too emotional was the breast-feeding support nurse at the hospital.

At 10 weeks, I went to change Nathan out of his PJs and saw that his skin was a violent deep, dark red, and the pimples were layered on top of each other, blistered, inflamed and peeling. His cheeks were puffy, and even worse was that his legs had turned green, literally green, much like the color his stool had been. His pediatrician then did one of the best things any doctor can ever do: he referred us to another doctor. He said that this was out of his expertise and he didn’t know what’s wrong. He found us a pediatric dermatologist, which I wouldn’t have thought of since I was ready to head straight for the ER at the hospital. 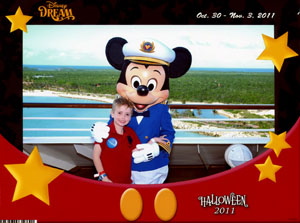 My husband and I feel that what happened from that point on was a miracle. It was one of the most devastating things of our lives, but it was a blessing beyond words because at least now Nathan could get the proper help.

The doctor initially said that Nathan had edema, the rash was a severe vitamin deficiency and that he was starving. Of course this made me feel very defensive and I told him I’d been nursing Nathan around the clock. He pointed out that he was not receiving any of the nutrients from anything he had been fed since birth. I was crying as they took blood and did a biopsy on the green part of his leg. He said that he wanted us to get a sweat chloride test done to check him for cystic fibrosis (CF). Then, while waiting for the diagnosis, we were constantly told, don’t worry, they are just ruling it out, it won’t be CF. There’s no rash with CF.

Normally no, there isn’t. However, what we learned over time was that Nathan has a more rare mutation of the CF gene. It affects his lungs, but very minimally at this point, thankfully.

The CF has messed up his GI system more than you could ever know. He’s had a G-tube since he was six months and a Nissen Fundoplication, the latter of which lasted seven months before he loosened it from vomiting that continued for five years. He’s now almost seven and still has 75% of his caloric intake through the tube. He’s had multiple surgeries, numerous hospitalizations, and has asthma, gastroparesis, eosinophilic esophagitis, and GERD. He’s struggled with an oral aversion for many years, during which he couldn’t eat any solid food or only ate minimal amounts. But we went through years of him not being able to eat, throwing up his food, chewing his food and spitting it out and tons of feeding therapy. We even finally took him to a feeding program out of state over two years ago that also helped.

Children are complex, even in the best of circumstances, and when you add medical or special needs into the equation, you find yourself wearing a hat you never dreamed of. Nurse and caregiver, caseworker, researcher, appointment planner and keeper, child and family advocate, insurance and appeal guru, pharmacy navigator, fundraiser. And best of all, just a parent.

No matter what challenges you are presented with as a parent, be encouraged even if you feel alone and are stressed out. Maybe you are feeling like you are going against the flow if you are not getting a proper diagnosis for your child, or feeling like you are talking to a brick wall. Get second opinions; try a different doctor or test. Don’t be afraid to request to your healthcare provider something the doctor didn’t suggest, at least to get some conversations started. Lay out your concerns as clearly as you can. Write them down ahead of time if you need to. Do some symptom research online before you have an appointment, or speak with your insurance company’s case managers or nurses to see their suggestions that are covered within your benefit coverage. Keep talking to other parents, and possibly look at things from another angle, and see if you can come at things from a different angle if you need to.

Trust your instincts that if you feel something’s not right with your child, you are probably correct. It might be more mild than your fears or concerns, or it might be an indicator of a more serious problem that needs immediate attention. Don’t give up and keep finding resources for help, medical and emotional support, and direction.

Remember you have the chance and privilege to speak up for your child or children in your life, when many times they cannot express themselves or even tell you what the problem is. You are a bridge of help for them, and though parenting can be one of the biggest heartaches at times, it is also one of the largest and deepest blessings. My thoughts and prayers are with you as you are on your journey, and thank you for sharing a part of our journey with our precious son Nathan.

To connect with our family, visit www.contrerashome.us.