A Rare Disease — What’s in a Name?

Our youngest son has a very rare disease—he is one in about 300 million. However, it wasn’t until five and a half years into his life that we learned the name of his disease. 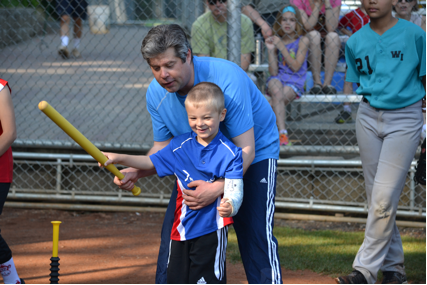 From the time he was born, I was on a mission to find out the cause of his ever-increasing constellation of symptoms. His symptoms did not reveal themselves all at once, and piecing it together was like trying to do a jigsaw puzzle with more than half the pieces missing. An untold amount of testing, visits with dozens of specialists at four very well-respected institutions failed to reveal an answer. We were only able to rule out more common diseases.

We kept hearing from doctors that we shouldn’t worry too much about finding out the name of the disease because the nature of the treatment will not change. Consistently, they said that we would only ever be able to treat his symptoms with speech, physical, and occupational therapy; knowing the name of his disease would not alter this reality. The specialists agreed that if we ever discovered the name of our son’s disease, it would be so rare that we would not have any benchmarks to guide us.

Finally, one geneticist agreed that whole exome sequencing would be worth a shot. He told us we would have a 30% chance of finding an answer, which we thought were actually pretty high odds compared to the other testing our son had undergone. My husband and I decided that this would be the last test we would put our son through for several years.

The day our son’s disease was named I experienced a huge range of emotions. We found out that our son’s DNA had a spontaneous mutation that is associated with Snyder Robinson Syndrome (SRS). SRS is so rare that, according to available medical literature at the time, only 11 documented cases existed worldwide. SRS is usually X-linked and so is passed from mother to son. 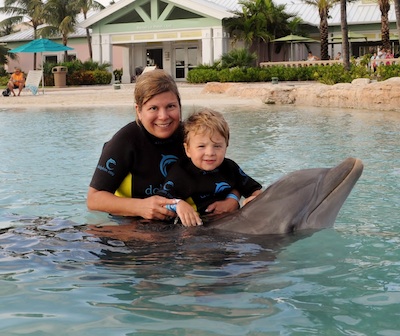 First of all, I could not believe our son actually had a diagnosis. Then I felt relief, because I pretty much already knew everything that affected him, but now I knew why. And then I was quite overwhelmed, when it sunk in that he does in fact have a life-long disease that results in significant disabilities. This is not something he will outgrow or overcome, as many people tried to tell us along the way. He will require life-long care, and how do you plan for that, especially when you know you won’t be around forever.

The doctor sent us home with a very brief description of SRS. Amazingly, all of it fit—global developmental delays, difficulty walking and talking, hypotonia, seizure disorders, various physical attributes, and, as we had just the week prior discovered when my son broke his arm badly from a simple fall, severe osteoporosis. Our son had yet to manifest some of the medical conditions associated with SRS, such as scoliosis and kyphosis, or kyphoscoliosis. However, he has had other health issues not yet described in the SRS literature, such as a heart defect, chronic constipation, a retinal scar, camptodactyly, torticollis and plagiocephaly.

By the time we got home after the appointment, we had an email from the doctor informing us that the National Institutes of Health (NIH), which is a mere 20 minute drive from our home, was doing a study on SRS. For such a rare disease, that is truly remarkable. What are the chances? We were absolutely thrilled and grateful.

When your child has a rare disease, the first thing you need to do is become an expert in that disease. In the months following our son’s diagnosis, we have been learning as much as two English majors possibly can about SRS. We met with the lead investigators of the NIH SRS study, who suggested that we create a website to help people with SRS learn from one another. I created a website for the first time in my life (http://www.Snyder-robinson.org). Though it is not yet finalized, my hope is that as more people are diagnosed with SRS, we can share medical information, the best ways of dealing with health and other issues resulting from SRS, and form a community of support.

It is also critical to seek out expert physicians who have experience with your particular rare disease. We traveled to meet with the doctors who have seen almost every person with SRS, and who ultimately confirmed our son’s diagnosis through additional testing. We learned that our son is the 21st person to ever be identified with SRS. We met with a biophysicist, who serendipitously is also studying SRS. This doctor prepared a two-hour presentation for us explaining his research. He also explained how the SMS gene mutated in our son, the exact location in our son’s amino acid chain where, during replication, a proline was mutated into a leucine at the 127 amino acid position. We also were fortunate enough to meet another family living with SRS, which was an incredible experience. And, most recently, we enrolled our son in the NIH study.

The Empowerment of Rare Disease Diagnosis

With the knowledge of the name of our son’s disease, we became empowered. We now know what is happening within our son’s body and how his body, due to this tiny mutation, cannot produce an essential enzyme that is thought to play a role in brain development, cellular regeneration, and pretty much every major bodily system. Moreover, we can better protect our son from future fractures because we have the knowledge, confirmed through DEXA scans of his bones, that he is extremely breakable. We can try to strengthen his bones by encouraging him to walk as much as possible, and we can take him to specialists who can monitor him for scoliosis and kyphosis.

My husband and I plan to start a foundation to help fund further research on SRS and the therapies that this disease requires. By participating in the NIH study, we hope to help scientists understand how the SMS gene works through the study of what happens when it doesn’t. This discovery potentially has huge implications for many more rare diseases, and some common diseases, including cancer. We are now able to do something to help not only our son, but also possibly many, many others.

We learned that what’s in a name can be life-altering.

Katia Luedtke is a lawyer who took time off to raise her children. She is the mother of three children: Christopher, Caroline, and Connor.  Connor was born full-term and no sign of a disability was evident at his birth. Katia and her husband Michael live in Northern Virginia, just outside of Washington, D.C. Katia’s SRS website can be found at http:/snyder-robinson.org. Also visit the Snyder Robinson Foundation Facebook group. Katia is on Twitter at Katia@Seemom3.