Many moons ago, I gave up the pursuit of my college degree in order to take full time care of my stepson with an intellectual disability. Several years later, my husband and I decided to have a child of our own. Despite genetic screenings and a healthy pregnancy, our youngest son Connor, now 14, would be diagnosed with autism and a seizure disorder. In some respects we were already prepared to deal with the special needs “systems” our families confront each day, but certainly our son had his own set of unique challenges that were new to us. 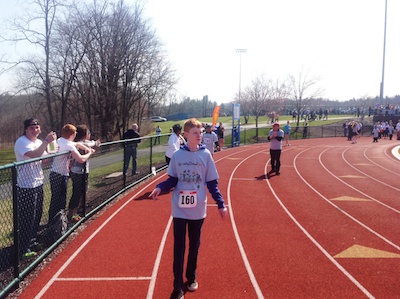 As my stepson grew into adulthood and moved into a group home where he is exceeding our wildest expectations, I decided to complete that college degree. This year, I took a chemistry class and was afforded the opportunity to research any chemically related topic of my choosing. I chose to explore Prozac, a drug that helped my son Connor with his social deficits. While I know every family has different beliefs and approaches to therapies, I share this article for those who are currently debating whether or not to use a behavior-modifying medication.

“I like kiddos like Connor on SSRIs.” These were the words my son’s neurologist spoke while discussing medication options for treating Connor’s anxiety due to his autism diagnosis. After lengthy discussions with his school IEP team and exhausting all educational and behavioral interventions, my husband and I made the very difficult decision to seek treatment through medication.

The drug prescribed was Fluoxetine, commonly known as Prozac. The pill bottle sat on my kitchen windowsill for a few days before I could bring myself to give it to him. Over those few days I played the “what if” game with myself. What if he had an adverse reaction? What if the medication took away his quirky personality we loved so much? I turned to autism message boards where parents who were giving their children medications would discuss pros and cons. This probably made things worse rather than better for me.

Finally, I read a blog by a mother whose son sounded almost identical to my son. She had the same set of concerns and questions, but ended up giving her son the medication based on the thought that if the medication had a chance of helping her son it would be a chance worth taking. This gave me the courage to start the medication with Connor. After several weeks the changes were noticeable at home and school. It was Christmas 2009 and Connor was nine years old. When we took him to a Christmas party, he was able to walk right up to Santa and sit on his lap and try in his non-verbal way to communicate with him. I cried!

The Mechanism of Prozac

What is it about Prozac that has helped my son over the years? I know it is in the drug classification of Selective Serotonin Reuptake Inhibitors (SSRI), which has something to do with serotonin and the brain, but what is going on chemically and biologically? The molecular formula of Prozac is C17H18F3NO, meaning 17 carbon atoms, 18 hydrogen atoms, three fluorine atoms, a nitrogen and an oxygen atom. 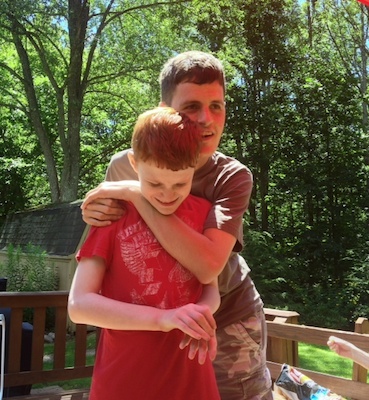 It is this combination of molecules that have an effect on serotonin levels in the brain. Serotonin is a neurotransmitter, produced within the neurons of the brain, which helps to maintain mood, appetite, sleep and pain regulation systems. As serotonin moves from one neuron to another between the synapses, some of it is absorbed back in by the first neuron. This is called reuptake. Prozac stops the serotonin from the reuptake process, and the result is more serotonin in the space between the neurons. In essence, Prozac attempts to give the brain more serotonin. Depression and anxiety disorders have been associated with low serotonin levels. Traditionally, Prozac has been used to treat these mental health issues.

Abnormal levels of serotonin in the blood are a known biomarker in some individuals with autism spectrum disorder. Animal research conducted at Vanderbilt University has been able to demonstrate why this heightened serotonin level may occur. In this study, Ana Carneiro and colleagues showed that a mutation of a protein found in platelets causes an increase in a protein that controls serotonin availability. This mutation could restrict the availability of serotonin in the brain both during prenatal development and in children and adults.

Ironically, there is a study conducted by Lisa Croen from Kaiser Permanente Northern California that found pregnant mothers taking SSRIs such as Prozac are twice as likely to have a child with autism. The study identified 298 children with an autism spectrum disorder and determined whether their mothers had filled a prescription for an SSRI, including Prozac, Zoloft, Luvox, Celexa, Paxil or their generic versions. These children were compared to a control group of children without autism. A larger scale study still needs to be conducted.

Perhaps a decrease in serotonin availability is why Prozac has helped my son over the years. If there is a genetic mutation that is restricting his brain’s ability to use serotonin, than the medication is helping his brain have more usable serotonin. It would be great to take part in a study that helps find new courses of treatment for autism.

For my son, Prozac has been a drug that has had a positive impact on his ability to function through the daily routine of life. Although he still has moments of apprehension and sensory overload, he has made leaps and bounds when it comes to willingly participate in new or novel situations.

Certainly, the drug is not a cure; it just alleviates symptoms. I now have new information to discuss at our next neurology appointment, which will include asking for a serotonin check and finding out how to participate in studies that are looking into serotonin and its role in autism. Based on my research and experience, I have concluded that Prozac is a safe and effective treatment for my son.

Anne Couldridge, mom of three boys, two of whom have special needs, is a parent advocate residing in Carlisle, Pennsylvania. She is currently a member of the board of directors for The ARC of Cumberland and Perry Counties, where she also is chairperson for the Family Education and Advocacy committee. Anne is also a founding member and co-chairperson of a grassroots parent organization called Cumberland Perry Respite, which collaborated with local non-profits to begin a unique respite care program for special needs families. Currently, she is a non-traditional student finishing her degree in Entrepreneurial Studies at Shippensburg University. She aspires to continue creating opportunities for the special needs community.