To BiPAP or Not to BiPAP — That is the Question

When my daughter began having respiratory distress, my world crumbled. I was not a newbie to the world of medical issues; my two year old, Sophia, has a terminal disease called Batten Disease and has been in and out of the hospital her entire life. Oh the woes of a child who is medically complex! 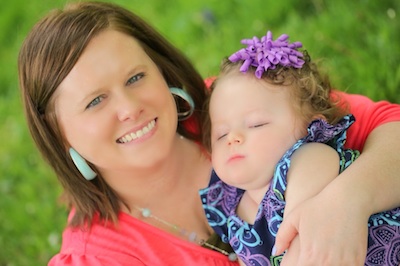 But this struggling to breathe thing, now that was new. I’ve never felt so helpless. She didn’t need oxygen; she was satting fine and oxygen didn’t change the situation. It came on all of a sudden, too. Just one day, she started having what sounded like asthma attacks. She would do it all day and night, literally struggling for air. We took her to the emergency room, to the pediatrician. And what would my girl do? Sleep. Again with the woes of a child who is medically complex!

She appeared fine to the doctors, and even though I had countless videos, the response I always got was, “well, she seems fine now.” I would sit on the couch, Sophia in her chair, and listen to her gasps. And I watched her. Her face turning red, tears running down her face, chest caving in. And the sound! I thought I was going to lose it. My child cannot breathe!

I wanted to scream, shout, cry…anything I could do to get her some help. I finally convinced the doctor to admit her to the hospital based on my description of respiratory distress. The doctors mentioned that she might need a BiPAP machine. They sent respiratory therapists in to speak with us, to answer questions. We were told that once placed on BiPAP, she would probably never come back off.

No way, I thought. Nope, not going to have my girl with a big mask stuck to her face all day making her breathe. She has a terminal illness after all…who wants to live like that? What kind of quality of life is that? I was totally against it. The doctors understood.

My husband, on the other hand, had a differing opinion. We debated the issue back and forth and then he said something to me that made me see it his way. He said that although Sophia has a terminal disease, she is not dying, so we have to help her live. I kept looking at the issue as my terminally ill child spending her life with a mask on her face, but I should have been thinking about her comfort in the present.

We could not allow her to go on with these breathing issues, so we started her on BiPAP at home. And it has been a blessing! She does not wear it while awake, but she wears it for naps and overnight. It strengthens her lungs during that time so that when awake, she can breathe easier. She sleeps better, much more soundly, with fewer overnight awakenings.

I became very depressed during this time, when she was struggling to breathe. There is nothing worse than seeing your child suffer, and struggling to breathe ranks high on that list. During the hospital stay, I told the doctor that if I could kill someone, take his or her breath and give it to my child, I would do it in a second. The doctor laughed and said she understood. But I wasn’t kidding. That’s how stressed out I was during this time. It was overwhelming and desperate and tense.

Respiratory problems are a huge issue that must be corrected swiftly. I’m thankful that we were able to resolve Sophia’s, and that I didn’t have to hurt anyone in the process.

Jaime Crawford is a happily married stay at home mommy to her two-year-old daughter, Sophia Grace. Sophia was diagnosed at two months of age with a rare, fatal disease called Batten Disease. Sophia has a G tube, suffers with seizures, hypotonia, global developmental delay, Cortical Visual Impairment, and a movement disorder. Sophia has a Facebook page with the purpose of raising awareness for Batten Disease and being open and honest about the life of a child who is medically fragile.