There are so many idioms and songs about time. Time is one of those things that no one can control. The clock is always ticking. 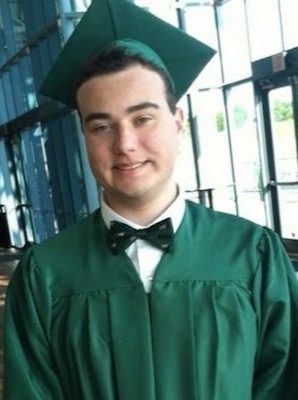 How does one prepare for those inevitable times when an unsuspected change occurs, or for a transition that is expected but choices are so limited? If you’re wise and are able, you will save for times when things get rough, or educate yourself on an upcoming change you know is about to occur. But emotionally it is quite a different story.

This May, my son Seth graduated from high school. Talk about time flying! Seth’s graduation brought forth a whirlwind of bittersweet emotions that no amount of time could have prepared me for. I’ve been reflecting on the past, present, and thinking about what the future will hold for him as an adult with autism. Some specific stories came to mind in my emotional festival that I’d like to share.

After Seth’s birth, I watched him grow and develop normally. Between 18 and 20 months old, he slowly stopped talking, engaging in reciprocal play, playing with toys appropriately, and lost all eye contact. We had him evaluated and were told he displayed autistic-like tendencies. We immediately began an early intervention program.

While old friends who had typically developing children the same age as my son moved on, I sometimes felt very alone. Developmental milestones became mountains that seemed at times unreachable. So much of the time that passed felt like a blur. Life as I knew it changed in ways that only my newfound friends of children with disabilities could understand.

Along with other signs of autism, Seth didn’t respond to loud noises, but often held his ears around specific noises. We had his hearing checked, and other then having some past ear infections, he was able to hear. The loud noises that disturbed him were part of a sensory disorder kids with autism sometimes have. As time progressed, he began holding his ears more than not. I did a lot of research on why this would occur and found information on Auditory Integration Training (AIT). We began AIT when Seth was about 26 months old, which is close to the time we got the actual diagnosis of autism.

After Seth’s third afternoon AIT session we went home to relax. Seth’s favorite movie was “The Many Adventures of Winnie the Pooh,” so we turned it on and started watching. As we were watching an amazing thing happened, as Christopher Robin started telling Winnie the Pooh, “You’re braver than you believe, and stronger than you seem, and smarter than you think.” Seth was saying every word in time with Christopher Robin, and making all the hand gestures too.

We heard our son’s voice again! We were overjoyed and kept rewinding the tape and cheering each time he repeated those famous words.

Seth’s speech development began again. Doctors considered his speech echolalia (vocal mimickry), but we considered it speech. In time, we watched this first sentence blossom into more sentences, mostly echolalia surrounding a Disney movie he had seen, to his pointing out a rainbow in the sky after seeing a Jim Henson video and hearing Kermit sing, “The Rainbow Connection.” As time progressed and Seth got older, he began using some of the sentences he learned in movies, books, and educational CDs appropriately in response to questions. When I’d ask him, “How much does mommy love you?” his answer would be, “To infinity… and beyond!” My heart would just melt!

The love of these things has brought Seth out of his shell, and opened doors in school and in life. Thankfully, he had amazing ABA therapists, speech therapists, teachers, para-educators, and others who saw these gifts and taught him how to expand them. He won several different awards alongside his typical peers with these skills. During his time in high school, Seth was in Gifted Theater, Broadcast Team, Best Buddies, and the Christian Campus Group. He was chosen as a STAR Student, an award only one of 15 students in his senior class received. We are so proud of him! 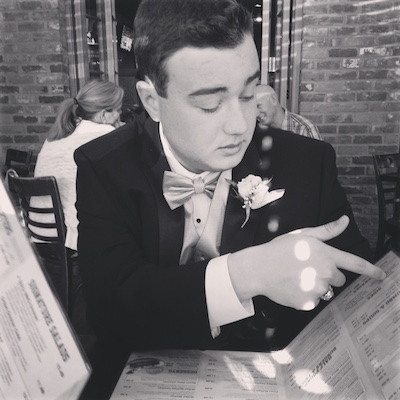 Much time was taken in preparing for Seth’s transition from high school; it has been quite difficult for him and me. Although Seth could have stayed in high school through his 21st birthday, it was not appropriate for him. It just wasn’t right for him to have to remain on a high school campus for eight years. He was ready to move on with his classmates, and very much wants to go to college, have a girlfriend, get a job, and one day marry.

Unfortunately, there just aren’t many other choices out there for students graduating with a certificate of achievement. Why is that?

In the area where we live there are post-secondary programs at the community college. These programs are for students with disabilities to transition from the high school campus to an age-appropriate campus with inclusive educational opportunities, while still continuing to learn life skills and valuable job skills through job exploration. The student still has an IEP and is working on transition goals and objectives. These are wonderful programs, but the number of students they can take limits them. I was fortunate to be able to get Seth into one of the programs. I am happy to say that advocacy does work!

Still, so many questions remain! Why aren’t there more age appropriate inclusive opportunities in higher education for these students? Why are Day Programs and Sheltered Workshops the answer to an ever-growing population of students graduating from high school with a disability? The Centers for Disease Control estimates that one in 68 children in the United States has been identified with autism spectrum disorder. It is inevitable that all these children will need to be educated and grow into adults seeking higher education and employment. What then?

Why can’t more local businesses open their doors for employment to individuals with a disability?

Why are the service systems designed to keep people dependent on them?

The following quote from John Dewey on opportunity comes to mind, “To find out what one is fitted to do, and to secure an opportunity to do it, is the key to happiness.” Our children deserve to be able to secure opportunity!

It is very discouraging to see where the current leadership of my state has taken people with disabilities. At times it doesn’t feel like we are living in the 21st century. The box that individuals with disabilities have been placed in for years is old and antiquated. It is time to move forward and not backwards. It is beyond time for positive change in the educational system, the service delivery system and in our community. Only we can make it happen by educating ourselves and advocating for what is right.

Embracing Change and Advocating for the Future

As Seth enters this new chapter of his life, I will be working hard in the background trying to open doors of opportunity for him and others. I’ll be posing the above questions to our policymakers, educators and businesses. He is looking forward to being a college man and cannot wait until his first day. I know how hard he has worked, how far he has come, and how much further he will go.

A couple of years ago my best friend, Maria, surprised me with the most thoughtful gift, a bracelet with the saying, “You’re braver than you believe, and stronger than you seem, and smarter than you think.” I wear it with love and pride. Remembering that day when my son found his voice again and said this powerful inspirational quote is a lesson to us all!

Although I don’t know what the future holds, I look forward to Seth finding his rainbow connection and knowing that my love for him lasts to infinity…and beyond!

Bebe is a wife and mother of two amazing young men. She became an advocate for her son, Seth, when he was diagnosed with autism. Her passion for her son and wanting to help other parents with children diagnosed with a disability led her to a career in advocacy with Families Helping Families. For the past 14 years Bebe has helped empower families with information, training and educational support.