Palliative Care and Respite Houses:
A Desperate Need in the United States

If your child has a life-limiting condition and you happen to live in the United Kingdom, your family has access to an amazing network of more than forty children’s palliative care and hospice houses. These homes, which are available to families from the time of diagnosis through and beyond a child’s death, are places for families to get a break, and children to receive emergency or symptom-based relief throughout their lifespans. 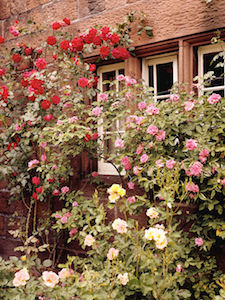 But if you live in the United States, your child is unlikely to ever encounter a palliative care house. Only three palliative care houses currently exist, with four others in development. There are also a small number of home-like pediatric facilities that provide general respite and transitional care, but these vary widely in the level of care accepted and services provided. In the United States, if children can get out-of-home respite services at all, they are most likely to take place in an institutional facility, such as a nursing home or even a hospital.

Why are there so few options for families in the United States? Isn’t it obvious that the families of children with the most complex, life-limiting conditions need respite and family support the most?

The pediatric palliative care movement began in England in 1982, when Helen House was established in Oxfordshire as the first pediatric hospice house. Like most of these facilities, it is designed as a child-friendly home-like environment, small in scope, but huge in impact.

Most houses include eight to ten children’s beds, each in a separate room with space for a caregiver or sibling to stay nearby. At least one bed is typically reserved for emergency or crisis situations, such as when a caregiver is incapacitated, or a child needs acute symptom management services. Many houses also include family suites, allowing the entire family to stay together at the home.

Children can come to these homes for a variety of services. The most common is for a short break from daily life, either for the child alone, or the family as a whole. Children who have acute uncomfortable symptoms may also visit the home for medical care, and emergency respite care is available. Family support services begin at the time of the first visit, and may include assistance from social workers, chaplains, child life specialists, counselors, and other individuals. 24-hour nursing care is available for children who require it, and staff physicians visit frequently to address medical issues.

It is important to note that these houses are not necessarily for children at the end of their lives. While end-of-life care can be provided if desired, children may use the facilities from the time a life-limiting condition is diagnosed forward. Many children and families staying at the homes are in the earlier stages of their diseases.

In the UK, there is a wider acceptance of pediatric palliative care as a whole, and a greater understanding that services are needed not just at the end of a child’s life, but throughout their entire lifespan. Nonetheless, palliative care in the UK remains underfunded, with a great percentage of funding for these facilities coming from charitable donations.

Palliative care houses came to the United States in 2004, when George Mark Children’s House opened in California. Its original mission was to create a home based on the UK model, but it has since expanded to also offer services to children who are transitioning from hospital to home. 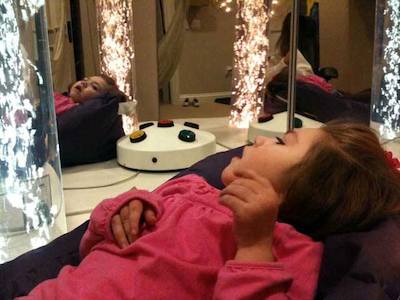 Much like the UK model, George Mark Children’s House provides children with a home-like experience filled with fun. Brooke, a child with cerebral palsy from California, has used the house a number of times for respite care. During her stays, she has had the opportunity to participate in pet therapy, to enjoy music therapy while being serenaded by a guitarist, to visit the multi-sensory room, to relax in the hydrotherapy spa, to engage in art activities, and to stroll around the beautiful grounds in her wheelchair.

Two more facilities opened in the past five years. They include Ryan House in Arizona, and Dr. Bob’s Place in Baltimore, Maryland. Ryan House offers palliative care, respite, and end-of-life care, while Dr. Bob’s Place provides palliative care, respite, transitional/skilled care, and end-of-life care. Several other houses are in the process of raising funds to build homes. These include Sarah House in Ohio, Connor’s House near Philadelphia, Crescent Cove of Minnesota, and Ladybug House in Seattle, Washington.

Most regions of the United States lack palliative care houses, and many do not even have pediatric palliative care services of any kind. Some communities even lack pediatric hospice services. Families of children with life-limiting medical conditions, especially when the condition is anything but cancer, often lack any type of family support throughout the majority of their child’s life.

Many families of children with complex medical conditions also have no options for respite care. Even those who have the ability to receive funded respite care hours, either at home or in a facility, may be unable to use their hours. The most common barrier is the inability to find a provider skilled enough to care for a given child. Many facilities also refuse to take the most complicated children or children with specific types of medical technology. Also, because many of these children require 1:1 nursing care, parents are very hesitant to send them to respite facilities in institutions that use unskilled aides to deliver much of the care.

Groups trying to build palliative care houses have great difficulty establishing themselves and receiving funding. Some problems are structural, such as having no pre-existing framework for classifying the facilities in the United States, while others are more based on misperceptions of palliative care, and a generalized lack of understanding of why these houses are needed.

To begin with, both palliative care houses and respite houses do not fall into any standard category for care facilities. They are neither hospitals nor nursing homes. The only way to gain approval for one of these homes is to have the state legislature pass a law creating a new category for a community or congregate living care facility. It is obviously challenging and time-consuming to need to create an entirely new law before you can even consider building a palliative care house!

Many stays at palliative care houses are not reimbursed by insurance or Medicaid. While transitional care and in some cases skilled respite care may be reimbursed through insurance, Medicaid, or a Medicaid waiver program, palliative care is rarely a reimbursable benefit. Hospice provisions may cover care for some children, but because children’s diseases often don’t have the predictable trajectory seen in adult patients, it is often difficult to certify a child as a true hospice patient until the very end.

Similarly, because reimbursement is so poor, most facilities need substantial charitable funding on an ongoing basis. When George Mark Children’s House first opened, it was almost entirely funded by donations. Eventually, donations ran out, and they actually had to close the house for much of 2010 while they developed a more sustainable business plan.

The three houses currently in existence have used a variety of mechanisms to maximize reimbursement and minimize expenses. George Mark Children’s House and Dr. Bob’s Place both offer transitional care services, which are typically reimbursed by Medicaid and insurance. Ryan House is built on a hospital campus and shares its facility with a comprehensive hospice agency that also provides more easily reimbursed adult services. Dr. Bob’s Place similarly partners with a hospice agency that cares for both adults and children.

Attitudes about Palliative Care in the United States

There is a fundamental lack of understanding as to what palliative care even is among both families and doctors. In a recent study of pediatricians, 42% of physicians defined it as the same as end-of-life hospice care, and 26% didn’t know if it was the same or not.¹ Only half of doctors had ever referred a patient to palliative care, and a third did not even know if services were available in their community.

Perceptions among parents are even more of a barrier. In an interesting study of parents, two groups were asked whether they would want to use a palliative care program.² When the program was called “supportive care,” significantly greater numbers of parents were interested in the program. As soon as the term “palliative” was introduced, or the concept was defined, many stated they would not want to participate. Uncertainty about a child’s prognosis, the inability of a family to confront a terminal diagnosis, and equating palliative care with giving up hope are commonly cited reasons why both families and physicians avoid palliative care.

The medical system in the United States is also particularly cure-oriented, and both physicians and families are more prone to try to treat children with obviously terminal conditions until death is imminent. Many families choose to continue curative treatments, almost until the very end of a child’s life, or selectively choose interventions. Since the passage of the Affordable Care Act, families have been allowed to receive curative interventions simultaneously with hospice care, yet many families still avoid hospice and palliative care on principle.

Within the political sphere, fears over “death panels” and a perceived lack of parental control over medical decisions have contributed to an environment that is less than supportive of programs like palliative care houses. Instead of being perceived as places that dramatically improve both family and child quality of life throughout the child’s lifespan, they are viewed as “death houses.” Our ongoing fear of death, especially death in children, literally frightens away both families and donors.

What Can We Do?

In order to increase these much-needed services in the United States, we must first educate the general public, as well as physicians and families, on what exactly palliative care is and how it supports families. Once a greater understanding of the need has been established, we must work with funding sources, including both Medicaid and insurance, to agree to cover services associated with pediatric palliative care, including respite and end-of-life stays in palliative care houses.

A simple way to easily accomplish these changes would be to slightly alter the Pediatric Concurrent Care provision of the Affordable Care Act, which currently requires states to cover simultaneous hospice and curative care for children. Replacing the term “hospice” with “palliative care” would help to increase recognition that death in children is unpredictable, and services need to be provided throughout the child’s lifespan. Similarly, removing the need for physicians to certify a child is within his or her last six months of life to receive hospice services would greatly reduce barriers to funding.

Finally, families of children with life-limiting conditions need to organize together to share their stories and needs. Forming coalitions with other families, hospitals, physicians, and local palliative care organizations can help to promote to donors and other funding sources the need for palliative care houses in the United States. Donors need to understand the great need that these houses would fill for so many families.