After my oldest son received his kidney transplant last September, it quickly became painfully obvious to us that he was not out of the proverbial woods. For the first month or so, it felt like we had our child back. He was more like his former self before the kidney disease started to claim his life, though every week we had to take him to his local nephrologist as well as getting blood and urine samples. But then things started to get bumpy. 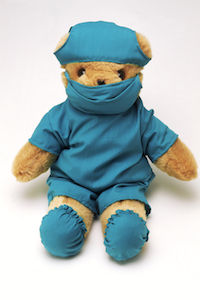 Eventually his quality of life became very poor. After working through some difficult decisions, we were able to receive palliative care for him, and help bring palliative care to our hospital.

A Need for Palliative Care

It seems like when doctors talk about an organ transplant, they seem to somehow leave out the possibility that it could be very rocky after that. If they told us, perhaps we just didn’t hear it and thought our child would be better. Yes, there would be a whole new routine of labs and medications, but almost losing him again to the very treatments that were being given to try and save him wasn’t in our thoughts.

My son’s lab work showed it first, the rise in certain levels and the lowering in others. Changes in medications and medication doses didn’t give the results needed. We went back to the hospital, four hours away, many times. Was it organ failure? Was it a viral infection? Constant poking, prodding and invasive surgeries determined so very little. Then my son was put on a weekly infusion, and for seven to nine hours we would hook up to an IV so he could receive fluids and a very potent drug.

We lived week to week. The drug had its own side effects; it killed off his bone marrow, and caused other labs to be dangerously low or high. He had frequent hospital stays as well as blood transfusions.

Now, my son is nonverbal, but very communicative, and as a mother I suddenly realized that this treatment was literally killing him. His quality of his life was dramatically reduced. We talked to his local nephrologist about our desire for a better quality of life for our son and he agreed with us. We went to his other nephrologist at the hospital where he had received the kidney and got a very different result. They had an outpatient palliative group but it wasn’t true palliative care, because in order to see the team of specialists, your child basically had to have an “expiration date.” In my opinion, they were really practicing hospice care and not palliative care.

It took a lot for me to stand up to that hospital and tell them that simply because they found and put a kidney in my son, that didn’t give them the right to diminish his quality of life with medications that were obviously killing him. Nor should they be putting him through further invasive procedures so they could “just see” the extent of damage. These doctors were not so easy to convince, and I don’t believe I did in fact convince them. It was like they felt they owned the organ in my child. This infuriated me as a parent.

I came back to our local doctors. We started continuously lobbying for a true palliative care group that served inpatients and outpatients. Meanwhile, I surrounded my son and our family with professionals that agreed that quality of life is better than quantity of days. It was almost like we had our own little palliative team going for my son.

We agreed upon what we would do: no more infusions and no more biopsies. We discussed which medications he would continue to take, and reduced labs and doctor’s appointments, first to biweekly and then monthly.

The long-gone smile came back to my son’s face. He actually started to improve and fight the infection on his own. He went back to school and is doing great. We realize that in the life of a child who is medically complex, life can suddenly change–but that is okay, we have a plan.

It wasn’t until a year after my son’s kidney transplant that we were able to meet the local palliative care team that we and many other parents had campaigned for. Right now they only care for inpatients, and they continuously screen patients and families who have frequent hospital admissions. I’ve discussed the need with them to expand their team to outpatients, and even located a pediatrician who primarily treats children who are medically complex and has a room available so that they can meet with families. I am excited about the day when the team provides both inpatient and outpatient support to children who are medically complex and their families.

I encourage every parent of a child who is medically complex to start talking with their hospital or hospitals, pediatricians and specialists about a palliative care team. The team told me that the surveys that doctors and hospitals sent us and other families after caring for our children were very helpful. I know they can be a pain to complete and return, but they can be a vital link. If you aren’t provided with surveys, ask about one. You can also start writing and communicating with the hospital and those who care for your child about the need for a palliative care team.

Lisa Blackstone is an adoptive and biological mom of five children (four on this earth and one in heaven) and a contributor to Complex Child Magazine and Upstate Parents. She lives with her husband and children in Upstate South Carolina.