The kidneys are remarkable organs, and it is often not until they start to lose function that we realize just how important they are for keeping the body in a healthy equilibrium. They don’t simply filter waste as we all learned in school. They also help to regulate everything from blood pressure to red blood cell production. 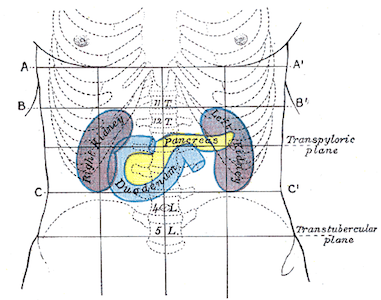 In children with complex medical issues, the symptoms associated with chronic kidney disease are likely to be more significant and more severe. In this article, I will discuss some of these symptoms, including edema, anemia, electrolyte imbalances, high blood pressure, and bone issues, and suggest possible ways to treat them. Most of these symptoms will not appear until Stage 3 or Stage 4 Kidney Disease, likely when the kidneys are working at 40% function or less, but they are also worth planning for in kids with milder disease.

Edema, or water retention in the tissues, is a common occurrence in advanced chronic kidney disease. In children with kidney disease, puffiness commonly occurs in the face (especially around the eyes) and in the legs, but may affect any part of the body. Edema sometimes occurs because the body is losing too much protein (albumin) through the urine, which causes fluid to move into the tissues. In other children, the kidneys are unable to excrete enough sodium, causing fluid to pool in the tissues. In addition, children may have other conditions, such as nutritional issues or autonomic issues, that predispose them to edema.

Edema can be particularly challenging for children who are medically complex, especially if they are immobile. Edema can cause or increase the risk of pressure sores. It can also worsen motor function in children who already have difficulty moving. Edema may also be painful for some children. If edema is severe, it can cause fluid to accumulate around the heart, in and around the lungs, and in the belly, causing cardiac problems, difficulty breathing, and even gastrointestinal symptoms.

Treating edema can be challenging, because the diuretics often used to remove water from the tissues can have significant side effects, including worsening kidney function. Diuretics will be necessary for most children with significant edema, however, to prevent pain and discomfort. Restricting fluids may also be required. Other strategies for relieving edema include massage and positioning to move fluid out of the tissues, watching salt intake, and using medications to reduce protein loss.

One of the kidney’s unique functions is to release a hormone called erythropoietin. This hormone triggers the bone marrow to produce red blood cells. When kidney function declines, there is not enough of this hormone, and the result is lower levels of red blood cells and oxygen-carrying hemoglobin in the blood. Some children with complex medical conditions also may suffer from iron deficiency and anemia of chronic disease, which can worsen the anemia caused by kidney disease.

Anemia can cause a multitude of symptoms ranging from tiredness and weakness to shortness of breath. Severe cases may contribute to cardiac problems, including tachycardia (a fast heartbeat) or inflammation of the heart muscle.

Non-kidney causes of anemia, such as iron deficiency, should be ruled out or treated in any child with kidney disease and anemia. If the anemia persists, children may be treated with an injectable medication that stimulates red blood cell production. Some children may require transfusions.

When kidney function is reduced, the kidneys often have difficulty removing particular waste products from the body, including some of the electrolytes required to keep the body in balance. Particularly common are increased sodium and potassium levels. In children with complex medical conditions, especially those on intravenous nutrition or specialized diets, these changes may be exaggerated or difficult to control.

High sodium and potassium can cause a variety of side effects, including fatal heart arrhythmias. High levels of either electrolyte can be fatal if untreated. Treatment may include dietary changes, a low-salt diet, and specialized fluids to flush out sodium or potassium. Diuretics may be used to remove excess potassium as well.

Children with advanced kidney disease may also struggle with acidosis, or an increase in acid in the blood, because the kidneys are not able to clear the acid. Having too much acid in the blood can ultimately lead to respiratory problems and organ failure. Because many children with complex medical issues already struggle with acid-base problems due to either metabolic or respiratory issues, acidosis can become extremely challenging.

Many children require medication, most commonly a form of sodium bicarbonate, to reduce the acidity of their blood. Some may also require changes to their intravenous or enteral formulas. Finally, in children with underlying respiratory issues, additional respiratory support may be required to compensate for the rapid breathing often brought on by acidosis.

Many children will need to be treated with medication to reduce their blood pressure to normal or near-normal levels. Some children may also benefit from dietary changes and a low-salt diet. It is important to keep blood pressure as normal as possible, since high blood pressure can further damage the kidneys.

Children with advanced kidney disease often are unable to maintain appropriate levels of calcium and phosphorous in the blood. In general, children tend to have low blood calcium levels, which cause their bodies to pull calcium out of their bones. They also tend to have too much phosphorous, which can worsen calcium loss. Finally, kidney disease may restrict the kidney’s ability to process Vitamin D, affecting calcium levels further.

Of course, as symptoms increase, it may become time to treat the underlying chronic kidney disease rather than its symptoms. Dialysis, and ultimately transplant, if an option for a child, will reduce or eliminate many of the symptoms discussed in this article.