Our Journey with Kidney Stones 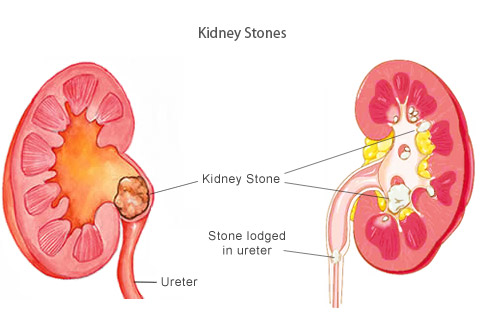 My son was in the NICU for almost the first two months of his life. He had never shown any signs of an infection or trouble passing urine, so no one was looking for any problems with his bladder or kidneys. It wasn’t until his doctors were doing an x-ray for a different reason that someone actually looked at his kidneys. The doctors wanted more tests and sent him to have an ultrasound done, which showed his kidneys full of stones. They came back and said that while it is common for babies from the NICU to get kidney stones, they have never seen a kid with so many. They didn’t want to do anything about it right away because he was so fragile. We would wait for him to get bigger and stronger but continue to monitor things.

Every few months we would go in for another ultrasound and doctor visit just to see if things had gotten worse. He still was not showing any signs of distress, so no one was in a big hurry to put him through another surgery.

Finally, when he was almost one year old, the doctors thought it would be a good time to fix things. We scheduled a left pyeloplasty surgery for June 2013. Pyeloplasty is a reconstructive surgery that drains and decompresses the kidney. My son had an enlarged kidney caused by a malformed ureter. The doctors “washed” out the stones in the kidney and cut out the bad part of the ureter. Then they stretched the ureter and reconnected it to his kidney.

They also put in a stent, which would be removed later. The stent was put in to prevent the ureter (the tube going to his kidney) from forming scar tissue and closing. This went better than expected because it turns out he didn’t really have complete stones, but rather flakes. There were just so many flakes that on ultrasound it looked far worse than it really was. They sent the flakes to be tested, and they came back as one of the most common types of stones, calcium oxalate, which is a buildup of calcium.

Once he was healed (about one month later), he went in to have the stent removed. The doctors did a cystoscopy to remove the stent. The surgery is performed using a cystoscope, a tool that allows your doctor to look at the inside of the bladder and the urethra (the tubing that allows urine to exit the body), and also use small tools to remove tissue, growths, or urine. It was pretty fast and he tolerated it well.

My son is doing better and his kidneys are almost fully functioning. He still has to take medicine to prevent stones from forming in the other kidney, but for now, we have avoided doing surgery on that side, and will continue to monitor things through ultrasound.

Tracy is a mother of two, with the oldest having X-linked hydrocephalus. This is a rare genetic mutation that causes the fluid in the head to not drain properly. She knew while she was still pregnant with him that he was going to be a very complex and special kid. She had been searching for other kids like hers and in the process she started a blog and a Facebook page to try and use social media to connect with others. Along the way she has come across so many great people with disabilities or people who are caring for someone with disabilities. She hopes to inspire and help others get through this crazy life through her writing and pictures, so they know they are not alone and that there is hope. Follow their story on Facebook at http://www.facebook.com/xlinked1.