Eight years of wrestling with feeding issues–pureeing food for my daughter, asking her to choke it down over a forty-five minute period, only to vomit when she was done–had come to a crossroad. My daughter, Alisha, diagnosed with spastic quadriplegia at birth and a laundry list of other diagnoses, was not receiving nutrition the way she should. At age eight she weighed thirty-three pounds.

It was time for a feeding tube. 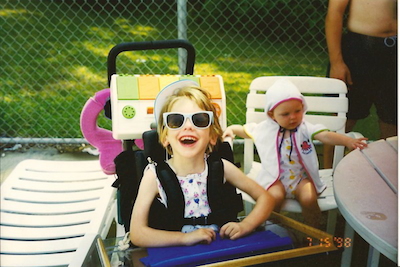 Her pediatrician tentatively addressed with my husband and me the option of surgically placing a tube in her stomach to administer food and medications. Weight loss started to become evident with lack of nutrition, but there were other concerns. Dehydration often ended us up in the emergency room, and seizures seemed to be something we would never control. Persistent vomiting allowed many valuable nutritional resources to escape.

We told our pediatrician we would think about it. Shortly after seeing him, Alisha had occupational and physical therapy appointments at the hospital. I decided to consult the therapists on the tough decision in front of us. The sun shone bright outside on the July day we entered the hospital, but inside I felt dark and lonely.

I told one of the therapists about the doctor’s recommendation and how scared I felt. She quickly said she would get her boss, also a therapist, to speak with me because she didn’t know much about feeding tubes. As soon as the therapist approached me I felt prickles. Her body language communicated hurry and her words were insensitive.

“This is really not a big deal,” she offered, as if she would fix my thinking.

“Once Alisha has a feeding tube put in, she can always keep working on eating orally. The surgery can even be reversed,” she added.

Albeit true words, they were not right-fitting words. This change meant one more loss to my husband and me. Eight years of surrendering our dreams took its toll. Alisha’s losses–loss of mobility, loss of hearing, loss of cognition, loss of being verbal–were already more than this momma could bear. Please don’t try to tell me this is “not a big deal.”

I said very little, nodded my head, and left thanking her for her time.

Talking to my husband about the visit gave him clarity, not because the therapists’ words hit home, but rather in spite of them. This was our daughter. This was our life. No one lived it but us.

From that place of reference he gained a clearer understanding of why we hung on so tightly to feeding by mouth and resisted the idea of a feeding tube.

“Food is so pleasurable to us. We keep looking at this surgery from our perspective. What if eating for Alisha is terrifying? What if every time we come at her with the spoon, she thinks about choking and not the delicious taste of the food?” he said.

“I’d never considered that,” I admitted.

“We keep asking professionals to convince us why we should pursue this. We’ve never asked Alisha,” he added. “Her eyes get big and fearful when we start feeding. We’ve been so focused on what we want for her based on what our needs are that we haven’t taken notice.”

He was right. It didn’t mean this step would be easy to accept, but it meant a happier Alisha, a healthier Alisha. I began to consider maybe she would one day even come to like food for pleasure now that she wouldn’t be forced to eat for nutrition.

The decision seemed made until we met with the surgeon.

He flashed a brief smile when he opened the door of the room we were waiting in. He spoke rapidly, and he took a quick minute to examine Alisha before announcing his opinion. “She doesn’t look that bad. I think you can wait to have the surgery.”

My husband and I sat mouths agape. We had anticipated an affirming appointment. This news baffled us. “We thought her weight was a growing concern.” I questioned. 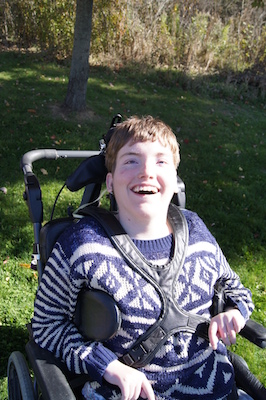 After, happy and healthy

“As long as she’s maintained her weight I would leave things the way they are.” Abruptly the door closed behind him.

Anger bubbled up in me. As soon as we got home I called our referring doctor. She acknowledged the surgeon’s inconsideration. “This has been an agonizing decision. The surgeon’s dismissal of that is inexcusable.” She asked if I had her permission to call him to discuss the matter. I told her yes. Within a week we sat in front of the surgeon again discussing surgery thoroughly.

A Loss and a Gain

Successfully, Alisha had her feeding tube placed. Two years later she had gained thirty pounds, made significant progress with seizure control, and dramatically improved her overall health. In addition, eating meals as a family became a welcome time of connection.

Realizing the benefits that would come from Alisha gaining a feeding tube had to be lived out by us and not simply told to us. Although we initially felt let down by the professionals we sought guidance from, we also came to understand that only we could let go of the dream for our daughter to enjoy food. Ultimately, the guidance we needed all along came from our daughter.

Gaining a feeding tube felt like a loss to us, but it was not for Alisha. Over time we now see what it has been for her, a gift that took letting go of a dream to receive.

If I could say one thing to professionals when broaching the subject of a feeding tube with parents, I would remind them to never forget this is a loss to the family. One day they will likely see something gained beyond just weight, but that process often takes time.

Stacey Laho lives in Michigan with her entertaining kids and ever-supportive husband. She works for a non-profit organization coordinating volunteer and support services. In her leisure time, she loves to run, read, and write. Also, it’s not too hard to convince her to drop menial things to have a cup of tea and conversation. With twenty years of caring for a child with severe disabilities and experience with significant loss, she writes to encourage others who travel the grief journey in search of hope and healing.