Dealing with “It Won’t Happen To Me” Syndrome 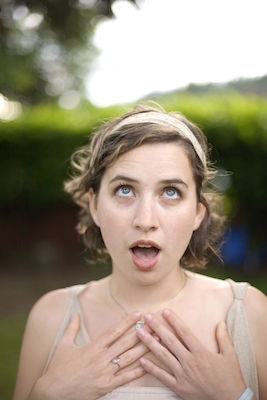 “It won’t happen to me.” I think most parents of children with special needs have met someone experiencing this phenomenon.

Let me describe an example of it. Mom #1 has a child in a wheelchair at the park. Mom #2 has a child running around and climbing the equipment. The two moms start chatting. Usually the focus turns to what the diagnosis of Mom #1’s child is. This is natural because people are curious. Let’s say the child has cerebral palsy. Mom #2 starts asking about it. “Was he born with it? What happened during labor? Was the doctor at fault? How big was he at birth? Did you have gestational diabetes? Did you take your prenatals?” And on and on…

Sometimes they even start asking about or offering advice on remedies they have heard may work. “What therapies have you tried? Has he seen a chiropractor? I’ve heard coconut oil is good for the brain. Have you heard about stem cell treatments?”

So what is it that makes one person out of a hundred want to know every little detail about how your child became disabled? Why do they care so much about what you’ve tried to do to “fix him”?

This is the “It won’t happen to me” syndrome. Most people have this to some extent. We like to think that if we take certain precautions, and do everything right, bad things won’t happen to us. But most of us also have a healthy dose of, “we can’t control everything in life.”

The person who interrogates you or offers ridiculous advice on how to cure your child’s disability doesn’t want to admit that sometimes things just happen, that we can’t always control everything. She wants to know what you did WRONG so she can do it differently and play it safe with her child, or future children. She wants to think that if her child did happen to be disabled, there is some therapy or natural remedy that would cure him. She wants to prove that you just haven’t tried hard enough. She would try harder and everything would be fine, surely.

I’ve seen this in several aspects of my life, not just in the special needs community. I have a chronic illness that brings this out in people fairly often. Honestly, it happens more often with my illness than my child’s disability. It plays out like above. “Well, what causes it? Have you tried cutting out gluten? Are you sure it’s not Lyme disease? Have you tried taking vitamin D supplements?”

Most people are well meaning, but some people cross the line, almost blaming me for what I suffer from. The fact is, I was a slim, healthy vegan when I developed an autoimmune disease. I was strong. I rarely got sick. I was 28 years old. I didn’t smoke, drink, or do drugs. It hits healthy and unhealthy people alike. It hits smokers and non-smokers. It hits the very young and very old. There’s no way to prevent it. I know this is true for me, personally, because my sister developed the same disease first, and I knew there was a genetic component, so I read up on it and tried to take precautions. It didn’t work. I was diagnosed three years after she was. I’ve had people suggest maybe the veganism caused it. Well my sister is not even close to vegan. Most people who get it are not vegan. Sorry, try again!

I’m also involved in the child passenger safety community online. In other words, I’m a car seat nerd. I used to be a certified car seat inspector, but since I let my certification lapse, I just immerse myself in online discussions. The people in these groups often dissect news reports of fatal car accidents. They want to know every last detail so they can find out if the victims were properly restrained, particularly the children. They want to hear that the children were not strapped in right so they can rest assured that their properly restrained children won’t suffer the same fate. “I need to know it won’t happen to me.”

The Wide Spectrum of Blame

It’s not just disability, disease, and death that this happens with. Financial issues, relationships, and general life stuff is all at risk. People blame the poor for their situation, because they need to know they personally won’t ever need government assistance. It won’t happen to them, because they went to college and got settled into a career before starting a family. Supposedly.

They won’t get divorced because they picked the right partner, dated an appropriate length of time before getting married, and they have regular date nights. It won’t happen to them. Supposedly.

They won’t ever end up in an abusive relationship because they would just up and leave at the first sign of abuse. How hard can it be, after all? It won’t happen to them. Supposedly.

People gossip about kids or teens with behavioral problems. They speculate about what the parents might have done to cause the child to be that way. They will make different choices, be better parents. It won’t happen to them. Supposedly.

Overweight and obese people get it a lot. I used to be slim and now I’m not, and believe me, the things people say are shocking. They get asked about their diet. They get asked about exercise. Why should anyone care why someone else is overweight? Because they need to know so it won’t happen to them. Supposedly.

Sometimes these assumptions come after a slew of questions directed toward a person who did have something happen to him or her. Sometimes people make assumptions without even asking questions. I recently heard from a friend that a doctor made the assumption that she did drugs while pregnant, and that’s what caused her daughter’s cerebral palsy. A doctor! You can imagine how people not educated on the complexity of disease, relationships, or economics can behave when confronted with a situation they “know” won’t happen to them.

Dealing with the Blamers

So how do you deal with it? Well, recognizing what is going on is the first step. Most people are curious, so there’s no reason to get defensive right off the bat. They most likely aren’t crossing the line.

You’ll know when they cross the line because you will start to feel uncomfortable with the situation. The questions will become a little too personal. The “advice” will become ridiculous, like the person is grasping at straws. It will probably start to feel like a personal attack.

When this happens, you need to end the conversation. You don’t need to let the harassment continue, but you also don’t need to be rude. The person probably doesn’t even realize what he or she is doing. State firmly, “I know our situation may seem scary, and you want to know how to prevent it from happening to you, but sometimes circumstances are beyond our control.”

In the case of children with special needs or disabilities, I would add, “My child having this disability isn’t a tragedy. We’ve had to adapt to a new normal, sure, but he is an absolutely amazing child, and I don’t think parents should be afraid of having a child like this bless their lives.” Even if you are still grieving over your child’s disability, let them know you love your child with everything you have.

You don’t have to pretend you wouldn’t change your child. Most of us, especially those who have children with severe disabilities or life limiting conditions, WOULD take their challenges away if we could. But parents and future parents should know that having a child with special needs is not the end of the world. They aren’t the end of a parent’s perfect, happy life.

Tell the blamers they absolutely should take their prenatal vitamins, eat healthfully, learn about child safety, pick a physician they trust, and learn everything they can about childcare. They should prepare themselves as much as possible to be the best parents they can be. But they need to know they will accept and love whatever child they end up with, whether that child fits their plans or not.

Don’t just set the example. Some people assume parents of kids with special needs are somehow more special, or more caring than the general population. They think they couldn’t possibly do what you do. TELL them that you, too, were once the parent doing everything to just have a healthy baby. You were once the parent that said, “I don’t care if it’s a boy or a girl, so long as it’s healthy.” You grieved over the loss of the child you had envisioned.

But now life is pretty darn good, and your child is a rock star. More than anything, they need to know that they, too, will be just fine if things don’t go according to plan.