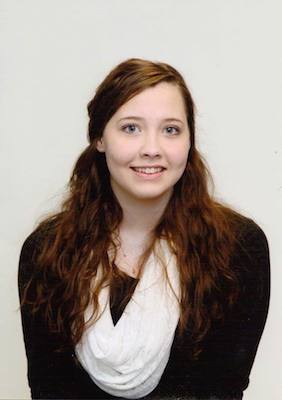 EDS results in faulty connective tissue and shares symptoms with Marfan Syndrome and Osteogenesis Imperfecta. Connective tissue is found throughout the body: it is the “glue” that holds our bodies together. Wherever the connective tissue is faulty, symptoms arise, and all body systems can be affected. This makes for a complex condition that is poorly understood by the medical community.

What the diagnosis of EDS meant for my daughter was an explanation of all her strange and unexplained symptoms over the years. However, it also meant no more gymnastics or competitive sports, and coming to terms with living with a painful and debilitating chronic illness for the rest of her life. Emily has already endured more physical and emotional pain than most people experience in a lifetime. She has watched as friends have gone on with their lives while her dreams have been stolen by EDS. It has not been an easy journey, but she never fails to amaze me with her strength and maturity in the face of adversity.

The Varied Symptoms of EDS

In retrospect, we know Emily had shown symptoms since she was two years old, but because EDS is not well known to doctors, she went undiagnosed for far too long. Many girls with EDS experience a rapid downward spiral around puberty, and Emily seemed to have all of the possible symptoms hit at once when she was eleven. By the time we saw a geneticist who was an expert on EDS, she was bedridden and using a wheelchair.

In Ehlers Danlos Syndrome, hypermobile joints dislocate and sublux, causing soft tissue damage, both acute and chronic. All joints can be affected: beyond shoulders, wrists, knees and hips, ribs painfully dislocate and cervical instability is common. 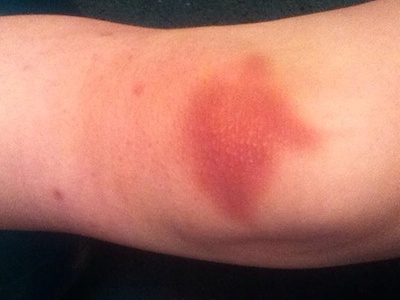 Emily dislocates frequently, easily, and with no trauma (rolling over in her sleep, walking, and typing, for example). Typically, she just shimmies around and puts whatever went “out” back “in.” Occasionally, a dislocation results in a more serious injury. She cannot use crutches because of her hypermobile shoulders and wrists, so she must use a wheelchair or scooter if she cannot walk. Surgery is always a last resort with the poor healing that is typical with EDS, so physical therapy, bracing, and time are the only answers to joints that will not stay put. It is painful, limiting and frustrating.

Chronic, severe pain is common in EDS. My daughter describes it as layers of pain: there is the pain of bendy joints, slipping in and out. There is muscle pain, from overworked muscles spasming as they try to compensate for the laxity in the joint. Skin is stretchy and fragile, easily torn and often leaves painful wounds that scar. There is nerve pain, thought to be from nerves being stretched when joints dislocate repeatedly. Vitamin D deficiency is common in people with EDS and can lead to bone pain.

Also not uncommon in EDS, Emily developed Reflex Sympathetic Dystrophy (also known as Chronic Regional Pain Syndrome) after injuring her foot. Headaches, abdominal pain, and a sensitivity to the cold called Raynaud’s Disease are other common problems. The list is long and complicated by the fact that pain meds often don’t work on people with EDS. For instance, local anesthetics simply do not work for many individuals.

The range of symptoms and co-morbid conditions a person can have with EDS is both amazing and confusing. Dysautonomia, or an improperly working autonomic nervous system, is extremely common in EDS. It makes the simplest activity feel like running a marathon because the heart rate elevates when upright–the body doesn’t get the brain’s signal to slow it down. Poor GI motility–everything from difficulty swallowing to reflux to gastroparesis to chronic constipation to IBS to functional GI disorders–are very common in EDS, because the digestive tract is largely made of connective tissue.

The vascular system can be affected, with mitral valve prolapse seen frequently. Aneurysms can be deadly for those with the vascular type of EDS. Dental and eye issues are common, as are gynecological and urological complications. Eosinophilic Esophagitis and Mast Cell Activation Disorder are increasingly being linked to EDS. Cervical instability, cranial settling, Chiari malformation, and high intracranial pressure can also occur and result in debilitating neurological symptoms.

The symptoms are many and varied, and each person with EDS will experience his or her own personal spectrum of symptoms, some of which can perplex the best doctors. Too often, each medical specialty sees only its part of the puzzle, when what is needed is someone to see the common thread that joins all of the symptoms.

Seeking a Diagnosis and Treatment

For a parent, EDS feels like walking through a minefield with your child. The most challenging part is that few of Emily’s doctors are really knowledgeable about EDS, and even those who are would admit there are still many mysteries to yet be understood in the treatment of Ehlers Danlos Syndrome. That leaves us, her parents, in the position of trying to determine which treatments are best and advocating for her. In a few short years, she will have to become her own advocate. It is frightening to contemplate sending her out into a world that has so little understanding of her condition. 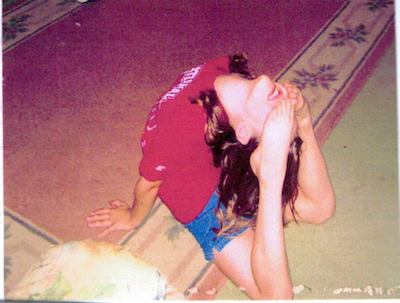 What is clear from our journey is Ehlers Danlos Syndrome is not so rare as it is just rarely diagnosed. EDS experts are now speculating that 1 in 100 people have EDS. We know from our own experience that seemingly trivial complaints the doctors ignored when Emily was young–“growing pains” at night, difficulty walking, difficulty writing, frequent sprains and strains, easy bruising, headaches, fatigue, poor sleep–were really early signs of EDS. Those signs were completely missed by every doctor who saw her, even as they became more and more obvious as she got older.

This is particularly frustrating because EDS is actually relatively easy to diagnose. The Beighton Scale (a 9 point test for hypermobility) and simple diagnostic criteria are used to identify those who have EDS. There are tests of varying reliability for the various types of EDS, but the Hypermobility Type (the most common type and the type Emily has) is diagnosed by a clinical examination. It is not hard to see the signs once you are looking for them. The problem is, of course, that if a doctor doesn’t know what the signs are, he or she cannot look for them. Countless people go undiagnosed and suffer needlessly. Young children are more difficult to diagnose than adults, but kids four or five years old (and younger, if necessary) can be diagnosed.

And it is vital that they are. The earlier a child is diagnosed, the more quickly interventions can be put in place. The earlier interventions are in place, the better a child’s prognosis is. Physical and occupational therapy can be started to strengthen and protect joints, speech therapy can address deficits, competitive sports and injuries can be avoided, aids for writing and other common problem areas in education or daily life can be used, and medical problems can be addressed promptly, rather than waiting until they are a crisis. Emily is now 16. She has been diagnosed for four years, and has improved greatly from where she was in the year before her diagnosis. She is learning to drive and rarely needs her wheelchair now. She still struggles with dislocations, pain and fatigue, but she is better and we are deeply thankful for the care she has received that has allowed her to gain function back.

Still, I can’t help but wish that we had known about EDS when Emily was younger. When she was two and had to be carried because walking made her legs hurt. When she was five and the “growing pains” kept her awake and crying at night. When she was seven and constantly spraining her ankles and knees and wrists. When she was 10 and she dislocated her patella and they told me she absolutely did not have Ehlers Danlos Syndrome, costing us precious time in seeking treatment.

And yet, we are among the lucky ones. Once we self-diagnosed and sought an expert diagnosis, it took less than a year to get it. Many individuals spend decades trying to put a name to their symptoms. We have EDS experts only a couple hours away. Many have to travel cross country to find a doctor who can help them. We only saw a couple rheumatologists before getting to the geneticist, and, while they wouldn’t diagnose Emily, they did tell us it was likely EDS and to seek a geneticist. Many see multiple specialists and get multiple misdiagnoses before finding the right one and getting the treatment they need.

The Case for Advocacy

If 1 in 100 people suffer from EDS and only a fraction of them are diagnosed, that means there are too many people suffering in ignorance and in pain and accruing unnecessary joint damage. When individuals are not diagnosed until their 20s, 30s, 40s or even later in life, the result is often needing a wheelchair, the loss of career and function, and being forced to go on disability. We see haunting stories of suicide by people who are diagnosed but are not receiving adequate care. EDS steals dreams and destroys lives.

From a parenting perspective, the frightening part of the lack of awareness in the medical community is that EDS is known to look like child abuse–bruises, frequent injuries, new wounds and old scars, even fractures in various stages of healing thanks to Vitamin D deficiency. An innocent parent who is unaware of the genetic fault that causes all of those red flags will have no explanation for his or her child’s injuries. All too often, kids with undiagnosed EDS are taken from good parents who are then labeled as child abusers.

Considering many doctors have only read a paragraph about EDS through their medical training, and most parents, teachers and coaches have never heard of EDS, there is a desperate need for awareness, education and research. Every day, families living with EDS face the need for advances in medical treatments and better education for doctors and, like my family, long for their kids to not have to struggle so hard.

Life with EDS is complicated, precious and even beautiful, but we are fighting a desperate battle to create a better world for our kids and the kids of tomorrow so unnecessary suffering is avoided. It seems a huge task but, if I have learned anything from Emily living with EDS, it is that the journey of a thousand miles starts with a single step, and that we are capable of enduring the journey.

Beth Smith blogs about her family’s experiences with EDS at Our Life With Ehlers Danlos Syndrome. Emily Smith is a 16-year-old homeschooler who loves music, theatre, and animals, and happens to have EDS.