When Everything is a Fight

I’ve been asked many times what’s the most difficult thing about parenting a child with complex medical needs. You would think it would be night after night without sleep, dealing with nurses, worrying about your child’s health, or even trying to process a terminal diagnosis.

But you would be wrong. While those things are certainly challenging, they are not the most difficult things. That honor belongs to something much less expected that underlies every moment from diagnosis to death. 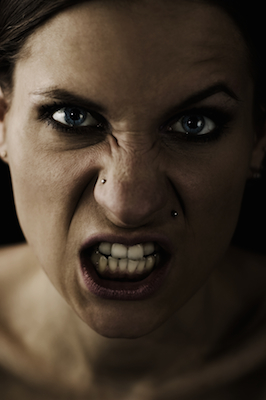 Everything is a fight.

In our case, it started literally the moment my daughter came home from the hospital. The supplies she need for tube feeding never came. Luckily my husband worked at the hospital and could nab a few NG-tubes until I finally fought with the right person to get that problem fixed. Since I was new to this journey, I brushed it off as an unlikely mistake from a crappy home health company.

After that came a months-long battle to try to find some respite care or get on a Medicaid Waiver. The latter took three years and three tries.

Even doctors seemed to require a fight. There was the first “sick” visit, when my daughter projectile vomited three times during the office visit, and the doctor refused to even consider she might have anything but reflux. She was in surgery for pyloric stenosis three days later.

Finding therapists. Fighting with IEP teams. Being denied speech therapy for almost a year by insurance, only to have it get denied again a few months later.

Being refused state services. Fighting equipment denials. Fighting to get insurance or Medicaid to approve a specialist.

Languishing on waiting lists. Fighting with the state to make sure my child’s home care program was not cut.

Having an entire month-long hospital stay denied because my child had one tooth pulled while inpatient, and our policy did not cover dental.

For me, it got to the point that when something actually was not a battle, I was utterly shocked. A piece of equipment that got approved on the first try? It actually happened once! I was so amazed I did not even know how to process my feelings.

The hardest thing about everything being a fight is that you develop an “us versus them” mentality. It feels like you are fighting the entire world. And to be honest, often you are. A lot of the involved parties—insurance companies, Medicaid, sometimes even schools—really are out to get you.

You start to feel an almost constant adrenaline rush, like a soldier going into battle. Just seeing an envelope from the insurance company can trigger an anxiety attack. And you prepare to yell, scream, and otherwise cajole the low-paid and powerless person who always seems to be on the end of every phone call you make to sort out yet another problem.

Eventually, battle fatigue starts to set in. You often end up being snappy with everyone—even your friends—because that has become your default mode. If a denial costs you less than $50, you don’t even bother trying to fight it, even if you know you are right.

And one day—or many days—you just break down and cry. Or yell. Or vent to your special needs friends who truly get it.

And what do you do the next day? You get right back on the horse, and start fighting once again. Because the only way to keep your child happy, healthy, at home, and with all the needed supplies and equipment is to keep up the good fight.