Options for Air Travel for Children with Severe Physical Disabilities 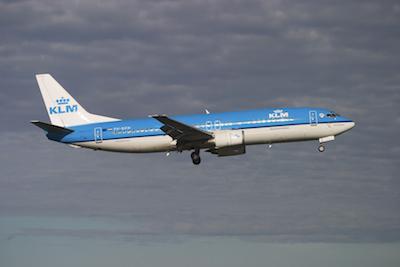 We want to show our children the world, despite their physical disabilities. But current Federal Aviation Administration (FAA) rules make this challenging. At this time, children are not allowed to ride in positioning wheelchairs–or any wheelchairs for that matter–on an aircraft. While we surely hope this policy will be reconsidered in the near future, we have to make do until it is resolved.

In this article, I will discuss a variety of options that may make it possible to fly with a child who is unable to sit up by him or herself.

Option 1: Use a Car Seat

For US-based flights, children may ride on the plane in an FAA-approved car seat. This includes FAA-approved special needs car seats. Note that many car seats are NOT FAA approved, though most major-brand seats are. Make sure that the seat itself is labeled as certified for use on an aircraft.

The airplane seat must remain in an upright position for takeoff and landing, which may make using a reclining car seat of limited use for some families. However, seats can be installed on an aircraft in a rear-facing (and thus reclined) position as long as the seat is designed to be used in that manner for your child’s weight/height.

The FAA also approves some models of special needs car seats. These include certain models of the Special Tomato MPS car seat, the Convaid Carrot, the Tumble Forms Carrie Seat, the Columbia TheraPedic Seat, and the Thomashiflen Recaro Performance Sport Reha. Always verify that your model is FAA-approved before traveling. Once again, these seats must be placed in a fully upright position for takeoff and landing.

It may be possible to borrow or rent one of these car seats for a trip. Some facilities, such as Shriners Hospitals, Easter Seals, or UCP, may have them available on a loaner basis.

Note that most non-FAA approved orthopedic seating devices can be used while in the air, as the restrictions on specialized seating are only in effect during takeoff and landing, when the seats must be in the upright position. If your child can make it through takeoff and landing without an orthopedic seating device, you can transfer him or her to the positioning device for the remainder of the flight.

Option 2: Fly with Your Child on Your Lap

While not ideal from a safety standpoint, sometimes holding your child is the best possible option. Most airlines allow you to hold a child on your lap during the flight, including takeoff and landing, as long as the child is under two years old.

Option 3: Use the CARES Harness or Other Approved Devices

The FAA has approved a belt system for children over age one who weigh between 22 and 44 pounds called the CARES harness. This device is currently the only FAA approved option that can be used on US flights. It is also used widely in Europe.

This harness can be carried onto the flight easily and is simply attached to the seat. It turns the seat into a chair with a five-point harness, which may work for children with some head control but limited upper body control.

CARES also makes a larger version of the harness for children and adults with special needs. Note that in order to use this device, a child must get pre-approval from the FAA, a process that typically takes six to eight weeks. Approval is only required the first time you plan to use the device, and is not required on subsequent flights. The harness can only be used in certain seats on the plane, typically the last row of seats. Detailed instructions on obtaining preapproval are available on the CARES website.

In Europe there are many more approved options for use on aircraft. In fact, many European airlines provide child travel seats, support cushions, or harnesses for individuals with disabilities. A UK-initiative, Try B4UFly, allows for trial and rental of approved devices in that country. Hopefully we will begin to see these types of devices and accommodations available in the United States within the next few years.

Option 4: Make Your Own Modifications

Certain positioning items may be used at all times on an aircraft, including during takeoff and landing, and these may be enough to help your child sit up. Travel head and neck pillows are allowed, and simple head collars designed for children with disabilities, such as the Hensinger head collar, are also allowed in most circumstances. Some of the commercially available travel pillows, especially the inflatable styles and neck rests/collars, provide remarkable support, though they may be too large for small children. Nonslip seating pads that prevent your child from sliding off the seat are extremely useful. Inflatable lumbar supports and cushions are also allowed. A small wedge cushion used backwards to slightly recline a child is also permitted in most cases. Note that anything filled with gel will likely not be permitted on the plane.

Some airlines and specialty organizations offer medical air flights either for free or for very discounted rates (as compared to renting a plane yourself!). On these flights, your child may be able to ride on a stretcher or a similar device. This type of flight is particularly useful for children who require frequent procedures or have extensive medical technology.

Current options include the following:

There are, however, restrictions on these flights. Most can only be used to go to medical appointments or conferences. Many restrict children with a history of certain bacterial infections. Some restrict flights to individuals who are ambulatory, thus entirely defeating the purpose for children with physical disabilities who struggle to fly.

There are numerous other Air Ambulance services that may provide non-emergency flights, though these can be quite costly.

While rarely available in the United States and usually very expensive, it is permitted for a child to ride on a stretcher on a commercial airline. In most cases, this requires removal of a row of seats, and the cost of all removed seats is charged to the individual flying. This option is more widely available in Europe and Asia.
We hope one of these options works for your child!