Saskatchewan. What cemented our decision to try something new was the current climate of the education system, where we were given no assurances of a school where they could place someone like my son. It was like a sign from the universe when the local news featured the flawed system as it was. “If you have a child with a disability, we will have a difficult time integrating your child.” It was time to move on. 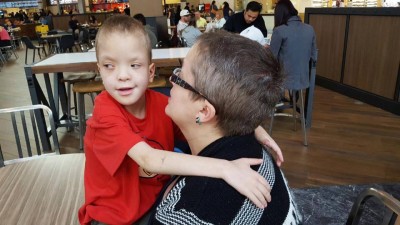 So entered into our lives a remodeled former high school used solely for children with various disabilities who weren’t quite ready for an integrated program. Getting a tour, I was a typical nervous mom sending her kiddo to kindergarten, perhaps a little more so.

I had been around kids with various complex disabilities for most of my life. My son’s brain was one that knocked me for a loop and sent me back to square one with all that I knew. He was born with a rare chromosome disorder called mosaic trisomy 22 that causes him frequent growth-related issues. His behavior was a point of discouragement to many of the therapists who were supposed to help. I could definitely tell the world and all its tapestry of sensory stuff was a terrifying thing for him. I knew we needed help and this was my last ditch effort to reach him. Despite being told by some friends and family he should just learn to get over it and suck it up, I knew I should respect his unique brain and give him time; we just needed direction.

“Have you seen our Snoezelen Room yet?” I admitted with no hesitation that I had no idea what one was. We walked into a dark room in what I realized used to be an indoor pool area that had been drained. It had a wheelchair ramp built so you could wheel into the bottom. There was a pillar of giant lighted tubes of water that bounced around bubbling inside. We saw a hammock filled with beautiful strings of LED lights, a ball pit with luminescent balls, a panel of buttons where if you pressed one a fan gently blew a scent in your direction. 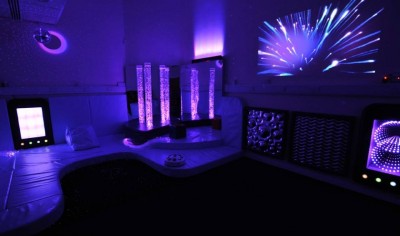 I loved it but knew it was going to take my son some time to warm up to the idea. The options of possible things to appeal to him seemed too many to count.

According to an information site on Snoezelen,

Snoezelen Multi-Sensory Environments are relaxing spaces that help reduce agitation and anxiety, but they can also engage and delight the user, stimulate reactions and encourage communication.

They have their roots in development thanks to two Dutch therapists in the 1970s who experimented in the usage of a sensory tent with the intent to benefit those with intellectual disabilities.

What I appreciated most about this concept was a few things:

Respecting the way a person is wired in his or her brain.

There’s a distinct difference between enforcing societal conformity and coming peacefully to where children are at and giving them the reins when it comes to trying new things. You’ll get better and stronger results when children see the merit in what they are experiencing; you just need to give them time in order to do so. Rompa.com puts it rather brilliantly,

A lack of choice and control is a frustrating reality for many people managing the effects of a range of conditions from sensory processing disorders such as autism, to brain injury and dementia. The Snoezelen sensory room seeks to hand back this sense of control and choice to a person by allowing them to explore and interact with their environment. At the flick of a switch or even through a gesture, a sensory room can transform from a calming and soothing place, to an exciting and engaging interactive space full of light and sound.

A reference point for stress and overwhelming situations. 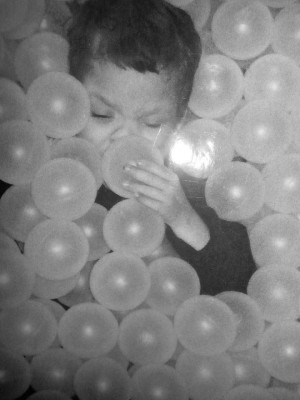 When you are offered a platter of multi-sensory experiences that you dictate on your own terms, you can refer back to how great certain things made you feel. It may be enough to calm, or it may equip a child with options to bring that feeling with him or her wherever they go. You are building the foundations for a cognitive safe space.

It’s another arrow in your parental quiver.

There’s a fair bit of analysis on the subject of multi-sensory environments that’s readily accessible on the web. If I were to put on my parent hat for the moment, I would think to ask exactly how well does this concept work. One important thing to remember is that this is just another tool in building a successful day of self-regulation, not some all-encompassing healing miracle. To help you envision the impact of Snoezelen on a person’s day, it can be said that it’s great in partnership with physical activity to help maintain improved engagement and a lessening of stereotypical behaviors.

I am quite thankful for the addition of Snoezelen to our daily lives. 10 minutes grew to lengthier periods for my son using the room. He’s become a more engaged member of his class and lives in a little less fear of the world. I am so proud of how far he’s come!

If I were to leave you with one last tidbit of info, it would be this: you can incorporate the same principles in your own home without spending thousands of dollars on light tubes and other expensive gadgets. Search for Snoezelen on Pinterest and you’ll find a wealth of info!

Rae Martens works at motherhood but also as an advocate and disability research collaborator. Her roles include working on a national level with Canadian family advisory networks. She has a deep love for coffee and crochet in her downtime.