Guardianship of a Sibling 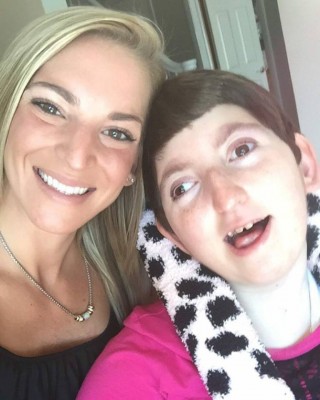 Every parent of a child with special needs has thought of—and worried—about the idea of who will take care of their child when they cannot. This is an overwhelming thought that crosses many, if not all, parents’ minds. Planning for the future is something a parent of a child with special needs learns as second nature. This is something my own parents were very good at since having my sister Amelia.

Amelia is currently 19 years old and is diagnosed with cerebral palsy due to medical malpractice at birth. Amelia is fully dependent on the care of others and is unable to walk, talk, feed herself, or perform any daily tasks for herself.

From a very early age, I knew I would be Amelia’s caretaker if something were to happen to my parents. Being the older sister, I proudly took on that role. I was very involved in Amelia’s therapies, doctor’s appointments, and even her schooling. At a very young age, I knew what to do when and if my sister had a seizure or if she was choking on food due to her poor swallow. I understood what a VP shunt was and what it did. I knew the differences between occupational therapy and physical therapy. I was truly an involved sibling in my younger sibling’s life.

Some may disagree with the amount of involvement I had in Amelia’s life; however, I believe it has allowed me to willingly and easily accept the role as her guardian. Last year I was granted co-guardianship alongside my parents as Amelia’s guardian. This is a role I took on at 24 years old. 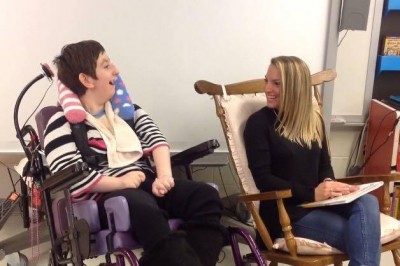 On that day, I became responsible for another life. I also relieved my parents’ anxiety over who would take care of Amelia when they no longer could. Although taking care of someone with special needs can be challenging and sometimes terrifying, it is a role I knew I wanted to take on from a young age.

I would encourage families of multiple children who have a child with special needs to follow in my parents’ footsteps. Allow your children to be as involved in their siblings’ life as they desire to be. Start discussions young and have them often. Allow for your children to understand the complexities of their sibling and answer the many questions they may have.

Stefanie is a mental health counselor and children’s yoga instructor. Stefanie is currently engaged, and will be getting married December 2018. Amelia is super excited for the wedding and can’t wait to be Stefanie’s Maid of Honor. Amelia and Stefanie both love the Jersey Shore! Amelia loves all things bohemian and is a total hippie. Amelia also loves to spend her time shopping and watching movies with her sister.