When Self-Contained is the Least Restrictive Environment

To the maximum extent appropriate, children with disabilities, including children in public or private institutions or other care facilities, are educated with children who are not disabled, and special classes, separate schooling, or other removal of children with disabilities from the regular educational environment occurs only when the nature or severity of the disability of a child is such that education in the regular classes with the use of supplementary aids and services cannot be achieved satisfactorily.” – IDEA, 2004, 20 U.S.C. §1412(a)(5)(A). 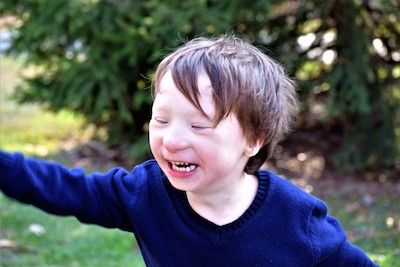 Spencer was born with Say Barber Biesecker Syndrome, a rare genetic disorder that causes him to have multiple physical and cognitive delays. He is non-verbal, uses a wheelchair from time to time, and has an unmeasured, but significant, intellectual delay. He is seven and will be in the second grade in the fall.

He, like anyone, is capable of learning, but not nearly on the same level as his typical peers. Spencer needs the individualized attention that can only be provided in the self-contained room. LRE is individualized for each student, and for Spencer, his placement is exactly where he needs to be to maximize his learning.

By the end of first grade, he should know how to add and subtract numbers within twenty, understand place value, tell time, read, and write. He cannot do any of these things, and it would be inappropriate to expect him to. His academic needs cannot be met in the regular education classroom. He cannot learn at the same level as his peers and would gain very few academic skills from being in a regular education classroom.

It sounds harsh, but you should know that I am Spencer’s biggest cheerleader and I’ve witnessed him accomplish things doctors said he never would. He is extraordinary, and with the right supports, he will continue to amaze me.

What Spencer is Learning

Before entering school, Spencer cried when other children approached him. Now he seeks out the attention of others and has several close friends, with and without special needs. He has a best friend and many other friends. Spencer is not completely isolated from his typical peers. Just about every time I drop him off at school, another child says, “Hello, Spencer!”

Spencer is learning to communicate.

Spencer’s inability to communicate is frustrating for all of us. Between school, therapy, and home, he is learning new signs all the time. He’s a lazy signer and his signs look a little different from the norm, but eventually we figure out what he is trying to say. He can point at pictures when asked to identify an object. Because he is doing so well, we are going later this summer for an augmentative evaluation in an attempt to find assistive technology to help him communicate better.

Spencer is learning about literacy.

While he cannot read, he likes to use adaptive books. He loves to be read to and will sit and listen to a story. He looks at books without ripping them up now. He is scribbling and coloring, while two years ago he refused to even hold a crayon. He is learning how to identify the letters in his name and trying to write his name with assistance.

For Spencer, our focus will be teaching life skills along with academic ones. Most children learn life skills automatically or quickly, but for kids like Spencer, these skills must be explicitly taught. As Spencer gets older, he’ll learn more skills that will parallel his post-secondary school goals. These are skills that he will need to function as an adult and be as independent as he can be.

Spencer needs individualized and specialized attention that he cannot receive in the regular education classroom. He attends field trips, special events, and some itinerants/specials like music and art with his regular education peers, but the majority of his instruction is in the self-contained room. He is with an amazing group of teachers who are specialized to teach children with his level of learning difficulties. Spencer’s LRE is letting him thrive, and for him, that LRE is the self-contained classroom.