My son Elijah has struggled his entire life with GI problems and behavioral issues. With the help of a medically-supervised elimination diet, we determined that many of his symptoms result from intolerances to food additives or components. This is his story. 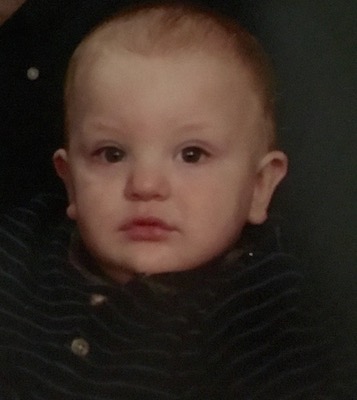 Elijah was born in a bit of a whirlwind. We were three weeks from my due date and yet, he decided it was time to join our family. He came into the world with a bang—a very loud screaming bang—and that’s how he has lived every day since. We were not first-time parents, but our older son was quiet, easy going, and laid back. So, this little ball of fire was a new experience and would prove to be one of our biggest challenges.

When he was young, Elijah was a very anxious baby. He was never happy. When I say never, I mean never. If he was awake he was crying. The only way to comfort him was for me to wear him in a very specific wrap. He didn’t want Daddy, brother, Nana, Grandma, or anyone else but Mommy. The issue was he didn’t sleep. We started to count the hours each day and we were having a really good day if our infant son slept four to five hours, and that included all of his nighttime sleep and his daily naps. He was tiny; he was supposed to sleep all the time. Instead he cried.

To say sleep was a precious commodity during that first year is an understatement. I look back at pictures of him from that time and it breaks my heart to see how unhappy and anxious he was. At the time our pediatrician’s only advice was, “some babies just don’t sleep as much as others.” I don’t think I did a good job expressing how little sleep we were getting at that point.

Another issue we had was the constant throwing up with formula. He didn’t just spit up a bit. He threw up with power. We didn’t dare rock him or move him when we fed him because that would just increase the amount of formula that we would get back. We never laid him down after a bottle, always propped him up, had him on reflux medications, and changed his formula according to what our doctors recommended for us to try. Nothing helped.

With this came another situation, diaper rashes. These weren’t a few sore bumps on a tush. This was almost acidic in nature, peeling our son’s skin in his diaper area leaving sores behind. He got more than one infection and his diaper cream was actually a barrier cream used for patients with colostomy bags mixed with Tums to break down the acid that was coming out in his bowel movements. He was in pain all the time.

With all of this the crying never stopped. As he got older and developed words and sentences, the crying turned into the most horrible case of terrible two temper tantrums you have ever seen. The problem is it continued until he was three, four, and beyond. He couldn’t handle any changes, any stress, anything that went against what he thought would or should happen. He also always had dark circles under his eyes that looked like he hadn’t gotten any sleep.

Our home was turned upside down trying to appease him and help him not have a meltdown because once he had one it would last for hours. He was sure everyone hated him, no one liked him, and the world was against him. I couldn’t understand how a four-year-old from a loving home that cherished him immensely could think this. But he verbalized it to me many times a week. He went from smiles to hysterics with the flip of switch and we never could figure out the switch. We honestly started to think such words as “bipolar” in our home and in our doctor appointments.

It all came to a head when Elijah began to complain about a fluttering in his chest and neck. After a lot of discussion, watching him, and talking to doctors we figured out what was happening. He was having irregular heartbeats and his pulse was all over the place. We took him to his new pediatrician and, after a quick EKG, he sent us to a pediatric cardiologist. We had another EKG, a Holter monitor, a sonogram of the heart, and other tests run. They could see the heart acting very oddly but had no idea why it was doing so.

During this time we had to see our pediatrician for a totally unrelated appointment and he asked for an update. We explained the newest information and, almost under his breath, he said, “I wonder if this could be related to foods he’s eating.” That was when it dawned on me that our doctor must have lost his mind recently. Foods causing hours long meltdowns, violent mood swings, and heart problems? No. This was just not at all a reality. I went home and laughed as I told my husband what he mentioned.

Searching for a Connection

The problem was, I couldn’t let this suggestion go. A few days later my husband and I were talking about it and I asked him what if. What if?! Those are two big words and can be life changing. I decided to at least hear our pediatrician out. He didn’t have a lot of information but said he had seen a few kids who reacted violently to foods. That’s all he knew. Well, being the researcher I am by nature, I couldn’t let that comment go and took to the internet, the library, and any journals I could get my hands on.

I kept coming up empty handed until I decided to just open a browser and type every symptom our child had into the search bar and hit enter. That’s when our world changed. I went to YouTube and found a few old shows that had interviews from a doctor who dealt with these types of cases. I found books and journal articles written about it. I was floored. With every page I turned, every video I watched, every story I read, I saw our son in another child. I saw our story as parents in another parent. It was like I opened those pages and said, “There you are, sweet boy.” Foods were possibly causing these issues he had with the melting down for hours and hours each day. They were possibly causing the purple circles under his eyes. I had never been so happy in all my life as I shared what I found with my husband.

We emailed our pediatrician and told him about the elimination diet we had found, the doctor interviews, and the journal articles we perused. He said we were on the right path, and to keep going. We began journaling his foods and reactions, which was our doctor’s first suggestion. We wanted to see if we could easily find a few of his triggers. This did quickly point us to some items. Food ingredients such as dyes were big things for him, and there are numerous medical articles linking dyes to behavioral issues for some kids. We now know if you give him dyes, expect horrible meltdowns for days afterward, dark circles, and terrible sleep. But many of the foods weren’t that easy to discover. 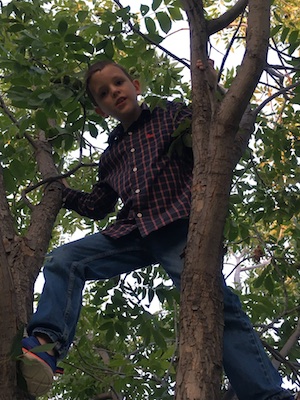 We began to pull and trial foods in the very specific method we were taught. It was a daunting task, as no food could go untested for him. The list grew, but we started to see some groupings of things that made it easier. Dyes, obviously, all of them. But then we noticed many of his foods fell into groups such as high salicylate items. So it wasn’t the actual food but something naturally found within it. It didn’t bring that specific ingredient back, but it gave us some understanding and helped us look at other foods to see if they were in the specific groups in order to know we didn’t need to test them.

The biggest surprise, however, remained elusive to us for a while. We were so busy watching his face change from a grimace to a smile and his attitude go from anxious and angry to pleasant, that we missed a major difference. He had stopped complaining about his heart. One day it hit me that I hadn’t heard him complain, so I felt his chest. I heard the regular rhythmic thud-thud-thud most parents hear if they were to listen. I quickly felt his pulse and it was smooth and easy. This couldn’t be happening. I took him to his cardiologist and she couldn’t find any sign of the original problem. We went from talk of heart issues and surgery to him looking completely normal and healthy with regards to his heart. How could this be? We didn’t know, and part of us didn’t care. We just were elated to take a deep breath and a sigh of relief.

Our son is doing so much better than we ever thought possible. He has no heart issues unless he accidentally ingests foods on his list. I wish I could say his list has all been figured out, but it is a changing one and we do occasionally have to add something new to it. But we know the signs to look for and, sometimes within minutes of an infraction we know he ate something he shouldn’t have eaten or been exposed to. We can assess, figure it out, and tweak his diet moving forward.

It was so hard and at first I never thought we would be here. But we are, nine years later, coming out of the fog of living in a dark world not knowing what was happening to our child. We don’t know if he will grow out of these intolerances. But, we know that if he doesn’t, we, and he, can manage the symptoms and take control of his health quickly. And that’s worth all the work we have done for him.

Kari Rhew is a wife and stay-at-home mom. She spends much of her time taking care of her two sons medical needs or their educational needs through homeschooling. She spends the little free time she has sewing, practicing her deeply held faith practices, and reading as many books as she can. She blogs at Random Acts of Boyhood about her daily life with two very special sons.