I am a retired doctor who has a grandchild on the autism spectrum. My experience with our grandchild leads me to believe that promoting a strong hand dominance might have a beneficial effect in autism. 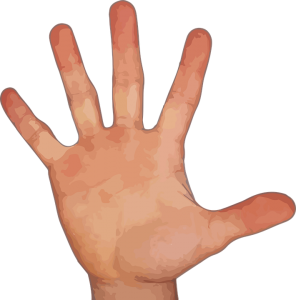 Research has shown an association between some developmental abnormalities, including autism, and a failure to develop a definite (either right or left) hand dominance. Research has also shown that each hemisphere of the brain is specialized for specific functions. This division of labor in the brain is referred to as lateralization of the brain. Failure to develop a definite (strongly right or strongly left) hand dominance can be a sign of poor brain lateralization, and poor brain lateralization is often associated with developmental abnormalities such as autism. There is also increased knowledge of the plasticity of the brain, or its ability to modify its own structure and function, especially in early life. This plasticity of the brain is now also known to persist to some extent throughout life.

Thus, if one could strengthen brain lateralization by strengthening hand dominance, could this have a beneficial effect in autism? Dr. Gillian Forrester, an Oxford researcher has this to say on hand dominance: “Today we understand that handedness is not a binary characteristic (either left or right), but rather, it exists along a gradient that ranges from strongly left-handed to strongly right-handed.”

We first suspected that my grandchild might be on the autism spectrum when she was around eighteen months. At that time she regressed in her development, losing previously acquired skills. She reverted to being non-verbal. It was as if previously functioning pathways in the brain had become blocked. If this were so, could some intervention at this early stage reestablish these pathways and reestablish her prior development pathway?

When our grandchild was diagnosed as being on the spectrum, it was heartbreaking to see a two-year old child attempting, all alone, to make her way in her alien world. We wanted to find a way to enter that world to help her, and to walk beside her.

The current intensive research into the nature of autism will perhaps in the future establish its cause. Hopefully the result will be effective interventions for some of autism’s more severe manifestations. While this may offer hope in the future, what can be done now to help the thousands of children who daily are being diagnosed as being on the spectrum? Six years ago we faced that challenge when our grandchild was diagnosed with autism.

Whether as a result of this, or as a result of other interventions, our grandchild has shown remarkable attenuation of her symptoms of autism. Her stimming (repetitive compulsive behavior) has ceased. She now functions in the appropriate grade in school. She shows steady improvement in social integration, and now at eight years of age is a joyous engaging little girl.

Dr. Denis Rogers is the grandfather of a child on the autism spectrum. Born in Ireland, he immigrated to Canada at age 19. He served in the Canadian Air Force for six years before returning to Ireland where he attended medical school, and qualified as a doctor. He returned to Canada where he practiced medicine as a G.P. for forty- six years. He is now retired.