In most states across the United States, nurses who care for children in the home environment are very poorly paid. Reimbursement rates through Medicaid, the primary payer of home nursing, have been stagnant for years, and nurses earn substantially less than their colleagues in hospitals and even nursing homes. As a result, children in many states are not receiving their prescribed and approved home nursing care hours simply because nurses will not work for such low wages. 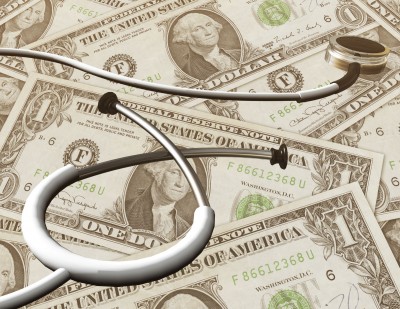 For example, in Illinois, the amount of money Medicaid reimburses for home nursing care has not been increased for 16 years, since 2002. In fact, the rate was actually decreased 2.7% in 2012 due to budget cuts, and temporarily decreased even further in 2015. The current reimbursement rate ranges from a low of $24.78 per hour for a rural LPN to a high of $35.05 for an urban RN, with nurses actually being paid only $15 to $23 per hour of this amount.[1] If we compare this reimbursement rate to the rate from 2002, accounting for inflation, the current RN rate has actually declined considerably from 2002.[2] That means that a nurse today would need to earn nearly $50 an hour in today’s dollars to be earning the equivalent wage he or she earned in 2002. Using medical inflation calculations instead of standard inflation means a nurse today should be earning even more — $60 an hour to keep on pace with 2002.

It’s no wonder that families in Illinois are unable to get nurses to staff their cases at these rates. Who would even consider taking care of a child with a trach or on a ventilator for just $15 when he or she could earn the same amount working in retail? Considering that a nurse could work in a nursing home for $5-10 more an hour, or a hospital for as much as double, the pool of nurses is severely restricted by the low pay. As a result, the nurses who tend to go in to home care are often new or substandard nurses.

While Illinois lags far behind most states, the problem is not unique to Illinois. In fact, families in most states report that home nursing care is very challenging to find, with many families receiving less than half the care they should be receiving.

Why are Private Duty Nursing Rates So Low?

There are numerous reasons why private duty nursing rates are low. First off, Medicaid programs pay for the vast majority of home nursing care in the United States. Most private insurance plans do not cover home nursing or severely limit it to a few shifts per month or even year. Medicare typically does not pay for home nursing on an ongoing basis. Since Medicaid is the primary payer, and Medicaid is chronically underfunded both federally and by states, reimbursement rates tend to remain low due to budget shortfalls and misguided priorities.

It is undeniable that children with complex medical needs who need home nursing are expensive. In Illinois, the average cost for children receiving services through the Medicaid waiver for children who are medically fragile was $139,846 per child in 2015, with about 2/3 of the costs going for nursing care alone.[3] However, federal law requires Medicaid meet these children’s medical needs through a mandate called the Early and Periodic Screening, Diagnostic and Treatment (EPSDT) program. This mandate is designed to ensure that budgets are not balanced on the backs of children who are medically complex.

In addition, politicians don’t often recognize the difficulty of private duty nursing. Many politicians see that a nurse only needs to care for one child in the home environment and think that the job must be relatively easy. In fact, the opposite is true, because the nurse has no backup. He or she must be entirely independent in caring for the child, and cannot call in another nurse or doctor for help when care becomes challenging.

Another issue that limits how many nurses enter home care is that many nurses do not see home care as a viable career option. Apart from the pay issue, many nurses graduate with limited experience using the medical technologies in the home environment, such as feeding tubes and pumps, IV nutrition, trachs, and ventilators. If nurses do not feel comfortable with these technologies, they may be unwilling to try home care. Also, working alone in a home environment is not the same as working in a facility, and nurses may not feel comfortable without having the backup of other nurses and physicians.

Finally, in most states, nurses who work in home care nursing are not unionized and typically work independently or for local nursing agencies. The number of nurses working for children who are medically complex is also small by percentage. It is difficult for nurses or nursing agencies to advocate for higher rates when they lack the backing of unions or corporations, who can afford lobbyists to fight for rate increases. Similarly, the number of affected families in each state tends to be small, and these families are often too busy trying to care for their children than to advocate for rate increases. As a result, while union-backed personal assistants and trade group or corporation-backed nursing homes have been able to get increases in rates in many states, home nurses unfortunately have been left out of these negotiations.

How Can Private Duty Nursing Rates be Increased?

An extremely effective tool for increasing rates is to work with the legislature in a state to pass a bill mandating that rates be increased. Rhode Island had great success with this strategy, passing a 29% increase in rates, with ongoing rate increases tied to cost of living inflation. Similar to many other states, Rhode Island had not raised rates since 2002. Critical in Rhode Island’s plan is the connection between rates and cost of living adjustments. This is the first time a state has set up a system of automatic rate increases for home care nursing tied to the cost of living. It is a model that should be followed in all states. 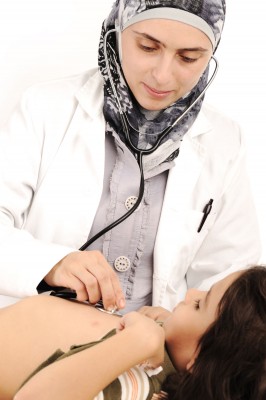 A bill, S2643, is also pending in Massachusetts that would require the state to study how many nursing care hours have actually been provided, as well as the adequacy of reimbursement rates. Hopefully this bill will lead to recognition of the significant problems in providing home nursing. Other states such as Delaware currently have similar projects that are looking at the needs of children who are medically complex.

In the aforementioned states, nursing agencies worked together with families and medical professionals to actively campaign for these bills and laws. This kind of coordinated action is required in order to create a strong voice for advocacy.

Since most children receiving home nursing are part of Medicaid or Medicaid waiver programs, states must furnish them with home nursing under the EPSDT mandate, which requires states to provide all medically necessary care to children. In addition, this mandate not only requires states to offer care, but it also ensures that they arrange for the care and make sure it is provided. When home nursing shifts are unfilled due to low reimbursement rates and other factors, states may be violating federal Medicaid laws.

Legal Council for Health Justice in Illinois, with assistance from the National Health Law Program and private lawyers, filed a lawsuit in 2015 alleging that Illinois was failing to provide approved nursing care hours to children throughout the state. While this lawsuit is still pending and headed toward settlement talks, families are hopeful that a possible result of the case will be a much-needed increase in reimbursement rates.

A similar lawsuit was filed on behalf of five children on ventilators in Washington in 2015, alleging low reimbursement rates were forcing children into hospitals because nurses could not be found to care for them.

Families and advocates in California are also working on a similar lawsuit alleging that California has failed to provide home nursing care to children in that state.

In the past, other lawsuits have been filed in Texas, Georgia, Florida, and other states to make sure children are receiving the nursing care they are entitled to.

Another way to get rates increased is to appeal to the Governor and state Medicaid agency directly to increase rates or include rate increases in budgets. California has tried this approach, with the governor proposing a 50% increase in rates in his annual budget last year. Rates have not been increased in 18 years in California. In other states, such as Massachusetts, advocates have fought and won increases over the years by working directly with the agencies responsible for setting rates.

In many states, non-skilled individuals such as personal care attendants (PCAs) are unionized as part of large, statewide unions with lobbyists, collective power, and a proven history with legislators. These unions have enabled PCAs to receive steady wage increases over the years, while home nursing wages have remained stagnant. Unions also offer benefits to PCAs in some states, including health insurance. While nurse unions do exist, most home care nurses are not unionized. Allowing or advocating for nurses to become part of larger healthcare-related unions may give nurses in some states more bargaining power when it comes to wages and wage increases.

Unions are not available in some states and may not be appropriate depending on the way individual states administer their home care programs. In these instances, it is critical for nurses to work together with nursing agencies, hospitals, and families to advocate for change in their states. Forming a statewide advocacy organization or alliance is critical in making change.

Bringing more nurses into the field of home care nursing is critical. When nurses are well-trained in both the medical technologies and specifics of the home environment, many find they enjoy it, but without this training they may be unwilling to take the leap into home care. The secret is ensuring that training is provided to nurses, and that nurses are presented with more information about working in home care as a career choice. Some nursing agencies have created their own training and recruitment programs, and these have been very effective in transforming new nurses into excellent home care nurses. In some states, both families and home health companies have also worked directly with nursing schools to expose new nurses to home care nursing.

Another way to increase home care nurses is to make the job more desirable by offering unique pay structures and benefits. For example, in Illinois, nursing hours are reimbursed the same amount whether nurses work during the day, at night, on weekends, or on holidays. As a result, families have much more difficulty finding nurses to work nights, weekends, and holidays. Nurses are also not permitted to work overtime in most cases, because the state does not reimburse for overtime. But other states, such as Massachusetts, offer different reimbursement rates for nights, weekends, and holidays, and offer overtime pay.[4] These small changes can dramatically increase staffing for families.

Other options include different reimbursement rates for different levels of acuity, adjusted rates for multiple children, and variable rates based on the type of nurse required. Other states offer higher rates to nurses who must travel long distances, or reimburse mileage. Finally, since most small nursing agencies are unable to offer their nurses very many benefits, creating a statewide system or pool for benefits such as health insurance may make those positions much more attractive.

Raising reimbursement rates in our current Medicaid system is certainly an uphill battle, especially since it must be fought individually in each and every state. But we are beginning to see change in some states. The more states that work to improve nursing reimbursement rates, the more other states will follow suit. Keep up your advocacy efforts!

[1] https://www.illinois.gov/hfs/SiteCollectionDocuments/81018HomeHealthFeeSchedule.pdf The remainder of the reimbursement is paid to the nursing agency for overhead, insurance, and benefits.