Surviving Ants in the Bathtub: Living with PANS 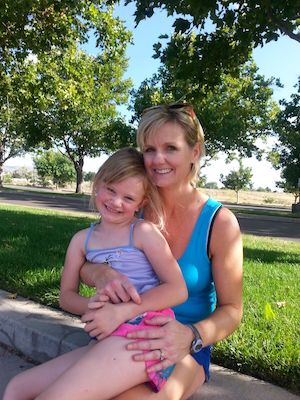 We watched in horror as her head snapped back, violently every few seconds. The right shoulder would shrug up and down. She continually cleared her throat and blinked her eyes forcefully. In earlier months, our daughter, Teagan, age five, had been sick with a high fever, rash, colds and sinus issues and had also her last set of vaccines. Literally, overnight, Teagan became the horrific puppet subjected to an uncontrolled set of movements and tics appearing every 30 seconds. Strangely enough, all tics would cease and calm down while she remained on a dose of antibiotics her pediatrician had prescribed. As soon as the 10-day antibiotic was completed, the insidious, violent and uncontrolled writhing, blinking, and throat clearing would ensue.

Numerous doctors’ visits resulted in possibilities, especially Tourette’s syndrome, and a conglomerate of treatments including cognitive-behavioral therapy, Botox of the overworked muscles in the shoulder and neck, and psychiatric medications. Teagan’s final diagnosis was Pediatric Acute-onset Neuropsychiatric Syndrome (PANS), a syndrome related to PANDAS (Pediatric Autoimmune Neuropsychiatric Disorder Associated with Streptococcal infection). Both of these may be associated with autoimmune responses to infectious triggers in which receptors in the brain are victimized. Inflammation of the brain takes hold, and literally overnight, a normal child changes into an unrecognizable and in some cases a raging, overwhelmed host to motor tics, obsessive-compulsive disorder (OCD), regression, hyperactivity, emotional liability, and bedwetting. Sometimes an infectious or autoimmune trigger is never found.

Teagan’s handwriting deteriorated and there was a lack of awareness of letter spacing. Her math and literacy regressed and she developed OCD-like behaviors. She feared separation from my husband and myself. Mealtimes have been a battle. Food that was well-liked one day caused gagging and tears the next.

We found ourselves on a tumultuous ride. We struggled to wrap our head around this unusual disease and found ourselves trying to convince others of its impact. We had to pick and choose from various strategies and treatments, which felt much like throwing darts while blindfolded. In Teagan’s case, daily administration of the antibiotic Azithromycin and tonsillectomy was successful. In some children with certain immune dysfunction markers, IVIG (intravenous immunoglobulin) and plasmapheresis (where the blood and plasma are removed from the body and replaced) may also be used to treat the condition. The prediction among experts is that hopefully by age 12 or so, Teagan will conquer PANS. Many kids with PANDAS/PANS do, if the disease is caught early. Some children are never correctly diagnosed or treated.

My role some days is to be the protector against the threats of imagined ants in the bathtub; a piece of lint can be magnified in Teagan’s mind to be a grotesque ant. It’s part of an irrational fear of bugs she has developed as a result of PANS. It’s a fear that flares when her immune system is stressed by an invader. A fear that grips her sometimes, due to unseen forces.

While her tics are long gone, a post-traumatic fear keeps me waiting for their possible, unannounced return. In addition to Teagan’s condition, my older daughter, Autumn has Hemiplegic Cerebral Palsy and lost 75% of her left hemisphere due to a difficult birth. With Autumn it’s the dreaded threat of her seizures returning.

We have made it through a war not many else have seen. We are a family of misfit warriors. We are not patient, and are not always skilled, enlightened, or prepared, but our family has survived in this world of unknowns and tests. As Ben Sherwood, author of The Survivor’s Club states, “normal” is just a break in the chaos and the craziness of life.

One day we all will face our own ants in the bathtub. It is in the fearful moments that we find our bravery.

Heather Winkeljohn co-owns the world-renowned mixed martial arts gym, Jackson Wink Academy, with her husband, Mike. She co-owns Jackson Wink Nutrition Education, is President of IncredAble Adaptive MMA™ and is co-founder of Smart Girl Self Defense®. She is a mother to two children with special needs/health issues.