Winning at Special Education:
A Perspective from Both Sides of the Table 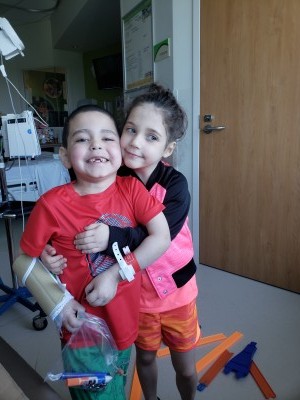 Before I dive in and address the true focus of this writing, I want to get something out of the way. I owe a number of apologies, but a blanket one will have to suffice for the moment: to any parent I worked with from 2008-2012 in the school environment, I am sorry for my arrogance and disregard for your insight to your child. I was not compassionate. I did not listen. I judged. I disregarded your feelings. I may even have believed you to be uneducated in the world of special education, its systems, and your role within it. For that I am deeply sorry.

Now I should probably explain. As a special education teacher, I have had a wide range of experiences with children who have special educational needs. Inside my own classroom I felt prepared, and admittedly a little self-righteous. As a young twenty-something professional, I shamefully believed that I was the smartest person in the IEP meeting conference room. With my shiny degree, and “years” of training, I obviously knew more than any parent of a child with special needs.

It would amaze you to see how abruptly and gracelessly one can be unseated from a high horse once she or he becomes the parent to a child with complex needs, and I am the proud parent to two.

My children have received services since birth, and they both qualified very young. My daughter, “Big Six,” was evaluated within a week of her NICU discharge at three months. She was started in occupational (OT), physical (PT), and speech therapies. My son, “Little Six,” was a little late to the game, with his early intervention access being influenced heavily by an extensive medical stay from birth until seventeen months. Once evaluated, he received OT, PT, speech, and special education services. Both spent years in the Early Intervention program, transitioned into preschool, and then onto special education.

Big Six was declassified, meaning she no longer needed special education, after her first year of preschool, moving to a general preschool class with push-in speech services. While she is currently receiving additional support services in school, she has not yet been referred to special education. Her school has been incredible, and the professionals are readily available to provide any “extras” she might need, including school counseling, environmental modifications, small group instruction, and consulting speech services. All of these have been provided without any official special education plan. We are currently advocating for a 504 plan to cover our bases as she grows into an Other Health Impaired special education classification. She has a rare genetic disorder that is anticipated to cause some learning, physical, and mobility issues as she grows. I say “anticipated” because her mutation is incredibly rare, and to date she has yet to follow a typical pattern associated with the disease.

While this may seem unimportant, our intentions to classify her and officially receive services actually are the main reasons I have written this piece. Over the last year, our experiences with her brother, Little Six, have reaffirmed my belief that in the world of special education, documentation requiring accountability, services, and access is necessary.

The experience with Little Six has been dramatically different. Last year, within the same school district as his sister, the school attempted to declassify my son and remove him from special education. Actually, they did declassify him, against the recommendations of his behavior therapist, service coordinator, and presented documentation from other providers with professional discomfort over him being placed in a general education class. The intention was to mainstream him for kindergarten, and essentially “see what happens.” The head of the special education department made this unilateral decision.

I’ll admit I was a little caught off guard, failing to appropriately object during the meeting. A strongly worded letter followed by a convening of the special education team quickly reversed that decision and he was placed in an environment specific to children with behavioral needs, of which he has a plethora. At this point his medical needs were minimal and the focus was on his behavioral needs.

Fighting from the Other Side of the Table 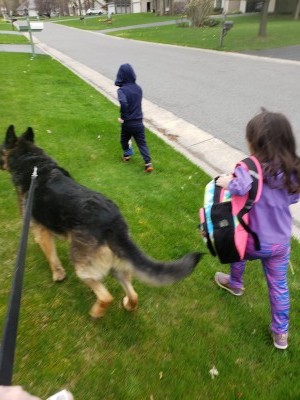 Fast-forward a year, and at my son’s annual program review it was recommended that he be moved from a home district program to one out of district. Increasing medical needs and worse behavioral issues were cited as the reasons. We politely declined this idea, refused to sign off on the recommendation, and requested we reconvene in a month, as was our right. Mind you he had missed the majority of the 2018-2019 academic school year to an extensive hospitalization, attending only 11 days since October. My son looks terrifying on paper. He has extensive medical needs, behavioral issues, and emerging mental health concerns.

The School’s First Mistake: Assessing Documentation instead of the Student

And that’s where the school district made its first mistake; they looked at his growing list of needs on paper and decided he was too much. Of course it was wrapped in a neat little bow with a positive spin. “He’ll be better suited for a program where they can meet his unique needs and medical complexities more effectively.”

The School’s Mistake Two: Not Providing Nursing as a Related Service

They assumed I was unaware of the programs and supports available to him, hiding under the premise that staying would be, “unsafe for him medically,” and could, “negatively impact his classmates,” as his medical needs list continues to grow. Truthfully, I don’t care about the latter, but the first statement, regarding his safety, caused concern. The district’s rationale seemed to be that if he was allowed to remain in his current academic programming, supervision as it stands would be an issue, which is in fact correct. The current level of supervision as written in his previous IEP would be an issue.

But they overlooked one very important related service: one-to-one Registered Nursing care. He qualifies and has a one-to-one RN at home, which legally he is not just allowed to have in school, but is also required to receive (see Cedar Rapids vs Garret F, 1999) as a related service to keep him in his least restrictive educational environment.

The School’s Mistake Three: Parents Know More than They Think

The school administrators failed to realize that I have an extensive, albeit humble, understanding of education law, and have acquired a unique set of skills. I am very good at research, and I don’t mean the kind found on Google (though that is a useful tool), along with an insane number of hard-hitting professional contacts.

Within minutes of walking out of the special education meeting, I had fired off a dozen emails, requesting back-up, all of which arrived within 24 hours of my request. For three weeks I spoke to education consultants, lawyers, my son’s physicians, and local advocacy groups, stockpiling my arsenal.

The School’s Mistake Four: Parents Don’t Give In

The school district underestimated my resolve and ferocity in obtaining the services my child needs and is legally required to receive to remain in his least restrictive educational environment, with the necessary related services to increase his chances of success. I know it was stated earlier but this was the entirety of my argument. A belief I am willing to not just hold onto, but to also advocate for legally if necessary.

No, you can’t guarantee a child’s success, but you can damn well make sure they have access to the tools they need to increase it. As his parent and advocate that is my sole purpose. To fight, tooth and nail for access, which I did, and will continue to do.

The moral of this story? Never underestimate the power of a well-informed parent, fighting for his or her child. My son will be returning to his least restrictive academic placement with his peers, accompanied by a one-to-one nurse.

Maria Colon is an ex-teacher who has spent the last seven years as a stay-at-home mom/advocate/writer. She writes, maintaining her own blog, when neither of her children with medical complexity needs her. She has two children—a daughter and a son—as well as a dog, a husband and a whole lot of housework.