Kids with Complex Needs Can Stretch Their Wings at Summer Camp!

Recreation: A refreshment of strength and spirits after work; Something done for fun and relaxation.

Camp: A place, usually in the country, for recreation, and often during the summer.

A significant right of passage growing up was when I was finally to go to “summer away” camp like my older sisters. I had attended recreational day camps with them several times in previous summers, but had to wait for my eighth birthday to go to an overnight camp. Camp was two weeks long and over an hour from home — a big deal way back then! It was a memory-filled experience I was able to return to for many summers after. 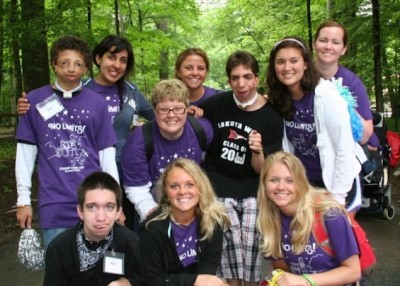 Fast-forward years later when I was a mom of two youngsters with varying learning differences, abilities, and medical complexities. Although it took research and planning to find the right local day camps, short stay weekend camps, and later long term overnight camps for our daughter, Emily, I was able to find a variety of fun, fair priced recreation opportunities. She thrived at these special places, where she enjoyed traditional experiences, as well as explored new skills and activities such as drama, horseback riding, and canoeing. Each and every time, Emily grew in skills, friendships, and independence.

However, enfolding her younger brother, Mac, into the world of summer camp was a much more daunting perspective, as he came into the world with many layers of complexity. But just like the younger me, he, too, watched with hopeful longing as his big sister packed up and headed off to summer overnight camp. He asked many times via his combined expressive language modalities of ASL, augmentative communication, gestures, facial expression, a bit of vocalization, and sheer force of personality — “Can I go to camp, too?”

Attending overnight camp is a part of the American experience for children, adolescents, and young adults. In fact, according to the American Camping Association, over 14 million children and adults attend camp each year, with 44% of camps offering specialized programs for individuals with disabilities. However, many times individuals with varying abilities miss out on this fun and freeing experience for a number of reasons, from financial concerns to fear.

But our family knew the chance to grow in spirit and confidence through the myriad of recreational opportunities camps offer, and we were determined to find a way for Mac to go, too.

We started down the trail by taking the smallest of stepping stones. While Mac was still tethered to all the tubes, wires, and monitors that come with a trach, feeding tube, ventilator support, and nursing care, we went on “adventures” within our home and backyard. From “camping” in our basement to “hiking” to the neighborhood playground, we found ways to take time away from daily care and doctors’ offices, surgeries and hospital stays, and all the constant therapy appointments, as often as his health allowed.

As Mac’s health improved, he graduated from vent support to nap and nighttime CPAP, and started walking independently after he turned four. He was already in an inclusive preschool setting, so we sought inclusive recreational activities in our local area. Mac joined the welcoming tumbling and gymnastics program his older sister so enjoyed, while the home care nurse and I watched a short distance away. Later he attended after-school enrichment activities sponsored by the school PTA.

Mac grew older and we grew bolder — day camps, vacation bible school, family camping weekend at campgrounds with electrical hook-ups and small camper cabins — with all the medical equipment and nursing support in tow. After successfully traveling to a variety of places and staying in hotels, motels, and the homes of our extended family, we felt it was time for Mac to try overnight opportunities away from home.

However, it proved much more difficult to find a summer camp that would allow Mac the same independent and carefree opportunity Emily had enjoyed for several years. At that time, most organizations we approached, even those specifically for children with disabilities, drew the line at accepting campers with a tracheostomy, like Mac. 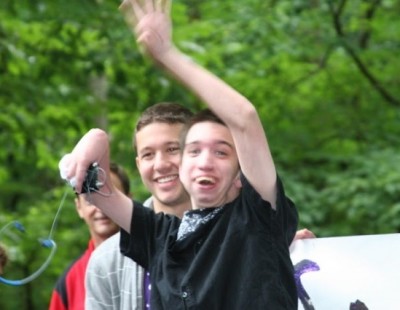 Happily, when he was eleven and after much searching we found not one, but two, extraordinary overnight camps that readily welcomed Mac that same summer. One was a camp just for youngsters with trachs or who required mechanical breathing support; the other was with a mix of children with any number of disabilities and complex care issues, such as spina bifida, heart conditions, and cancer. At both places Mac found similar joyous adventures as his big sister had, while away from our care for the very first time.

So how does a family with a little one with complex care needs begin to consider the recreational supports and many life benefits found in summer camp? How do they move from dealing with the immediate challenges of the day to pursuing hopeful goals for future days? There are many ways to begin, and here are just a few ideas:

The Impact of Camp

We truly believe his first summer at these two camps was a major turning point for Mac. He learned he could be safe and independent far from home, and he found caring support and friendships beyond our circle of friends and family. It became the foundation of our future planning with him — that he had every ability and right to pursue the dream of going away to college some day.

Years later those dreams came to pass. Now a young man of twenty-three, Mac still has a trach and G-tube along with mild cerebral palsy, and he still uses the same multiple modalities of communication. Despite these extra and unique twists to life, this past June Mac completed another rite of passage. He graduated with nearly a 3.5 GPA from his chosen university, earning a Bachelor’s degree in Multimedia Journalism while living in the dorms on his own, over three hours from our home. And his big sister, Emily? She is now pursuing a Master’s degree in Public Health, with a focus on Disability Studies.

We believe the influence of summer camp held some part in these achievements. Indeed, research has shown that the summer educational opportunities of camps and outdoor education programs augment classroom-based learning, and provide opportunities to “test” knowledge and social skills learned in school. Further research shows that summer camps can motivate students to plan and prepare to enter postsecondary education upon graduation from high school.

The benefits of our children stretching their wings away from home under the auspices of recreational camp experiences far outweigh the work and concerns. Why not allow them to brave the opportunity of flying off, to see how high and far they might soar?

Linda Hampton Starnes has spent her life actively involved in the disability community — as a special educator, parent, volunteer, and advocate. After teaching, and then working at the U.S. Departments of Justice and Education, she became the mother of two children with varying abilities, Emily and Mac. Due to their significant health care needs, she managed 24-hour home nursing care, worked with physicians and therapists in fifteen medical specialties, and has overseen approximately 40 hospitalizations, surgeries, or procedures under anesthesia for her children. Now both are grown and successfully “launched” in their respective college and career lives.

Linda has served on many local, regional, and national boards of disability and healthcare organizations and educational institutions, and presents at conferences across the country. At times it is a family affair with one or both of her children co-presenting with her. Along with her husband of 34 years, Tom, the Starnes family have worshipped and helped serve together. They have encouraged their chosen places of worship towards welcoming and including those with disabilities into the life of their congregations, through supporting the development of Access Ministries in Northern Virginia and the Orlando, FL area.