Coping with a Rare Trisomy: Prayer Can Change the Situation

Being blessed with a child who has special needs is definitely a challenge. No one will ever know the challenges I face, not even parents of other children with special needs because every child has his or her own story. 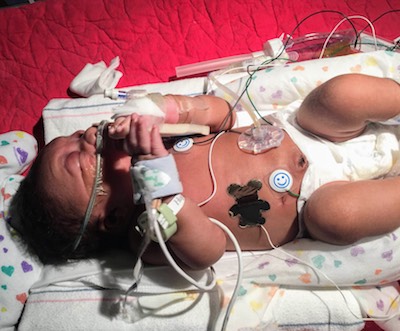 It was around the fifth month of my pregnancy when I walked into the doctor’s office full of joy, and left with a broken and fearful heart. I was expecting to find out the sex of my child, and instead I was informed that my lab work showed an extra chromosome in the fetus I was carrying. All the doctor could say was, “I’m sorry.”

There weren’t any pamphlets to describe this rare disorder, nor was the doctor educated enough on the disorder to provide me with any details other than me making a decision to continue with the pregnancy or consider termination. Of course I went home and researched the disorder and the information retrieved was all negative.

Throughout the entire pregnancy I was always worried about if she was going to make it. I remember my coworkers throwing me a baby shower and the only thing I could think about was me having to tell them she did not make it. Shortly after, my husband decided to leave me and I became a single mother dealing with all these dreadful emotions along with all the responsibilities. It seemed like the odds were always against me. Prior to her being born I was rear ended by a drunk driver. That alone sent me in a state of shock and I thought I was going to lose her that day.

Eventually I gave birth to my child, and immediately she was stripped from my arms and taken to the NICU. When I left my child behind in the hospital it was the hardest thing to do. I cried myself to sleep every night. She had a fractured collar bone, three missing ribs, an underdeveloped brain, and issues with her kidneys, lungs, heart, and respiratory system. She was exposed to the bacterium E. coli and was placed back on the breathing machine. She was unable to feed from the bottle, and in order for us to bring her home she had to have a feeding tube inserted. She failed her vision and hearing screen and they didn’t think she would ever be able to hear or see. 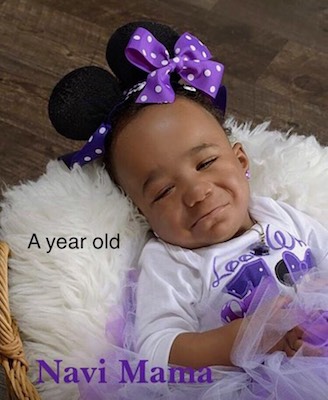 When she was discharged after 31 days we were told not to expect her to live long. Eight months later she started having seizures. I would sleep with my head close to hers every night paying close attention to every breath she took. I had to go back to work and see the same area of the hospital where my daughter was kept every day, and it still brought back painful memories. Everyday I would pray that God would allow my baby to spend another day here with me.

The Power of Prayer

Now my baby is 18 months old, and her condition has improved tremendously. She still has weak muscle tone, so she’s unable to sit or stand, but the majority of her organs have healed themselves. She has more than 10 specialists and doctor appointments every month, but despite everything she’s been through, she’s a fighter.

When I begin to complain about all my duties and responsibilities, I remember my daughter and the struggles she went through coming into this world. I’m truly blessed with a strong little girl, and I hope my story encourages others not to give up or lose faith because the situation may just be temporary. Just be faithful and never stop praying.

Tashana Jones is honored to be able to share her daughter’s story. Many asked her how does she manage and sometimes she has no answers. Deep down she’s always known that there was something different about her because she’s always felt it was her purpose in life to take care of others who were disadvantaged or less fortunate. As a little girl, she was always told that she had a heart of gold. She held onto those encouraging words and allowed God to guide her. Now she’s the founder of Angel’s Reunited Youth Support Group, a youth support group that mentors at risk and troubled youth. She’s also near the end of her master’s program to be a licensed marriage and family therapist. In her heart she knows if God trusted her enough to bless her with his “angel baby” then she knows he trusts her with his other children. Please visit her website and Facebook page. Thank you and God Bless.