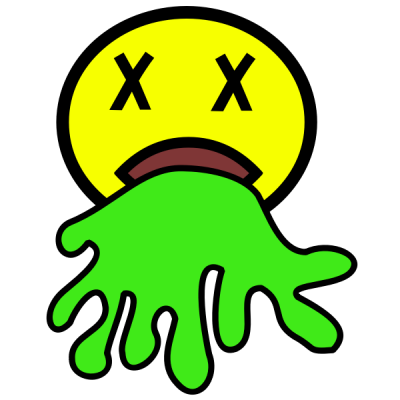 We all know it is normal for babies to spit up. And we all know that when a five-year-old suddenly starts vomiting, along with half of his kindergarten class, he probably has a stomach bug. But what about the toddler who vomits every day? Or the school-age child who constantly has a nasty taste in his mouth? Or the infant who screams and retches through all her tube feedings?

A surprisingly large number of children with complex medical conditions experience the same progression of events. As a baby, the child vomits or spits up several times a day at minimum. Some children are irritable, do not sleep, or have trouble passing stools. When taken to the doctor, the child is diagnosed with infant reflux. Most children are put on anti-reflux medications, have their formulas changed, have minimal testing (if any), and fail to improve. For parents, the remainder of that first year of life is spent caring for a screaming, vomiting baby, doing lots of laundry, and in general, being very frustrated.

Because reflux is exceptionally common, especially in babies with immature digestive tracts or children with neurological problems, it is usually the first disorder that doctors think of when a child presents with spitting up, vomiting, pain, or irritability. It may, however, not be the actual problem, especially in children who are neurologically impaired.

Sadly, this feeding intolerance and vomiting may persist for years. But many of these children actually have treatable other conditions. This article will list out some of these other conditions, and also provide more information about what is “normal” reflux and what is likely another medical condition.

What is Reflux or Spitting Up?

Reflux is the passive movement of gastric contents up the esophagus. Children, especially babies, often dribble or spit formula out of their mouths when they reflux. This may be a small amount (a teaspoon or less) or a very copious amount — as much as an entire feeding. Other children only reflux into their esophagus and never taste anything in their mouth or spit out any liquid. This is commonly called silent reflux in babies or heartburn in older children and adults.

Everybody refluxes, and infants, who have less well-developed gastrointestinal systems, often reflux a lot. Air in the stomach needs to be expelled in the form of a belch, and the lower esophageal sphincter (LES) that serves as the gate between the esophagus and stomach must open up to allow air out. In some children, this sphincter opens too far, stays open too long, or opens too frequently, allowing stomach contents to be refluxed repeatedly. This causes symptoms such as spitting up or heartburn.

Spitting up is very normal in babies, even when it is a large amount. Most babies outgrow their reflux between 6 months and a year of age, with over 90% symptom-free by age two. The infant who spits up, gains weight well, and is thriving and happy does not need any treatment or intervention, other than time to mature. Spitting up only becomes a problem when a child stops gaining weight, refuses to eat, has significant pain due to acid, develops respiratory symptoms from aspiration of stomach contents into the lungs, or has damage to the esophagus. This is commonly called Gastroesophageal Reflux Disease or GERD.

Determining if it is More Than Just Reflux

Many medical professionals do not attempt to distinguish between reflux and vomiting, especially when it comes to infants. Determining whether your child is spitting up or vomiting, however, may drastically alter the treatment for a child. A baby with simple acid reflux can be treated with anti-reflux medications with great success. But a baby who vomits daily may have a motility problem such as delayed gastric emptying that requires an entirely different treatment and specialized testing. Understanding the difference between refluxing and vomiting may help you and your doctor determine the best treatment available for your child’s symptoms.

Vomiting is the forceful expulsion of stomach contents out the mouth or nose. Vomiting occurs when contractions in the GI system cause the forceful ejection of gastric contents out of the mouth. Projectile vomiting is extremely forceful vomiting that often is propelled quite a distance. Some children may retch instead of vomit, which is having the urge to vomit without anything coming up, commonly called the dry heaves.

Vomiting is not inherently problematic, and is perfectly normal in individuals with a stomach virus or food poisoning. Vomiting only become diagnostically significant when it is frequent, without cause, or creates problems with growing, thriving, or pain.

Reflux is thought to be related to the belch reflex, in which stomach contents are expelled when the body attempts to belch. On the other hand, vomiting is triggered by the “vomiting center” of the brain, setting off a series of events involving muscles and nerves. Salivation in the mouth, narrowing of blood vessels, a fast heartrate, and paleness or sweating may occur prior to or with vomiting. Then the muscles in the abdomen and diaphragm contract while the throat closes, creating retching. Finally, pressure inside the abdomen forces the contents of the stomach out through the mouth. Clearly, this is a much more complicated process than simple reflux, involving multiple body systems.

The number of conditions that can cause vomiting is enormous. Vomiting can be triggered by medications; GI disorders including obstruction, delayed gastric emptying, or inflammation; disorders of the central nervous system including tumors and high pressure in the brain; endocrine or hormonal issues including pregnancy and ketoacidosis; or infections in the gut. Emotional distress, bad tastes or odors, and even pain can trigger vomiting.

To complicate matters, reflux can sometimes trigger the gag reflex, which sets off vomiting. Children with neurological disorders may be extra sensitive, and may vomit as a result of gut hypersensitivity, an overactive gag reflex, an extra sensitive emetic or vomiting reflex in the brain, or motility problems in the gut.

Additional symptoms that suggest another disorder beyond reflux include bloating, diarrhea or constipation, significant weight loss or failure to thrive, and repeated choking, gagging, or coughing.

The following table compares the symptoms children with complex medical conditions experience either with reflux or with vomiting and feeding intolerance.

What Other Conditions May Mimic Reflux or Cause Persistent Vomiting?

Listed below are just some of the many conditions that may mimic reflux by causing feeding intolerance or gastrointestinal symptoms. If your child is not improving despite aggressive treatment for reflux, or reflux is excluded by testing, it may be time to explore some of these other conditions.

Please note: the conditions listed below are all chronic conditions with persistent symptoms. Many other disorders, some very serious, cause sudden or acute vomiting or abdominal pain. Please consult your doctor immediately if your child experiences new, serious gastrointestinal symptoms very suddenly.

This category includes conditions that affect the motion and contractions of the gastrointestinal tract, leading to a wide range of symptoms including nausea, vomiting, retching, gagging, choking, bloating, and abdominal pain. While reflux is also technically a motility problem, the conditions referenced here tend to affect the stomach or intestines instead of the esophagus.

Delayed Gastric Emptying (Gastroparesis) and Chronic Intestinal Pseudo-obstruction are two of the main motility disorders that cause feeding intolerance, though disorders affecting the lower parts of the GI tract may also cause similar symptoms.

Food allergies are immune responses to any food, causing varied symptoms, including tingling in the mouth, swelling of the throat, vomiting, abdominal pain, or hives. Food intolerances are non-immune related responses and usually cause nausea, vomiting, cramping, gas, or diarrhea.

Cystic Fibrosis is a genetic disease affecting the lungs and GI tract. Symptoms include coughing, upper and lower respiratory infections, wheezing and other respiratory symptoms, weight loss, failure to thrive, and greasy stools.

This is a group of disorders characterized by an increase in eosinophils, a type of white blood cell, in the GI tract. Common symptoms include reflux, difficulty swallowing, food stuck in the throat, vomiting, failure to thrive, abdominal pain, and food aversions.

Mastocytosis is a condition in which too many mast cells accumulate, most often in the skin in the form of lesions, but also in the gut, leading to reflux, vomiting, abdominal pain, and other systemic symptoms.

Cyclic Vomiting Syndrome is a condition likely related to migraines and characterized by periods of intense vomiting and abdominal pain that resolve but repeat in a cyclical fashion. Some children with migraines may also experience abdominal pain with or without nausea and vomiting.

Abdominal epilepsy is a type of seizure that is characterized by abdominal pain and vomiting, sometimes with other seizure events.

This disorder causes tumors in the pancreas and intestine that secrete gastrin (a hormone) and cause an increase in stomach acid. Symptoms include ulcers, pain, nausea, vomiting, weakness, bleeding, weight loss, and diarrhea.

Brain tumors can lead to vomiting and other symptoms, depending on the location of the tumor.

When Should You Pursue Another Diagnosis?

If your child has been diagnosed with reflux but you suspect she actually may have another condition, the following criteria may help you decide if your child needs further testing:

Many conditions that mimic reflux can be treated effectively, often with changes in diet, medications, or a change in the feeding regimen. Obtaining an accurate diagnosis is essential in helping your child improve feeding tolerance and eliminate vomiting.